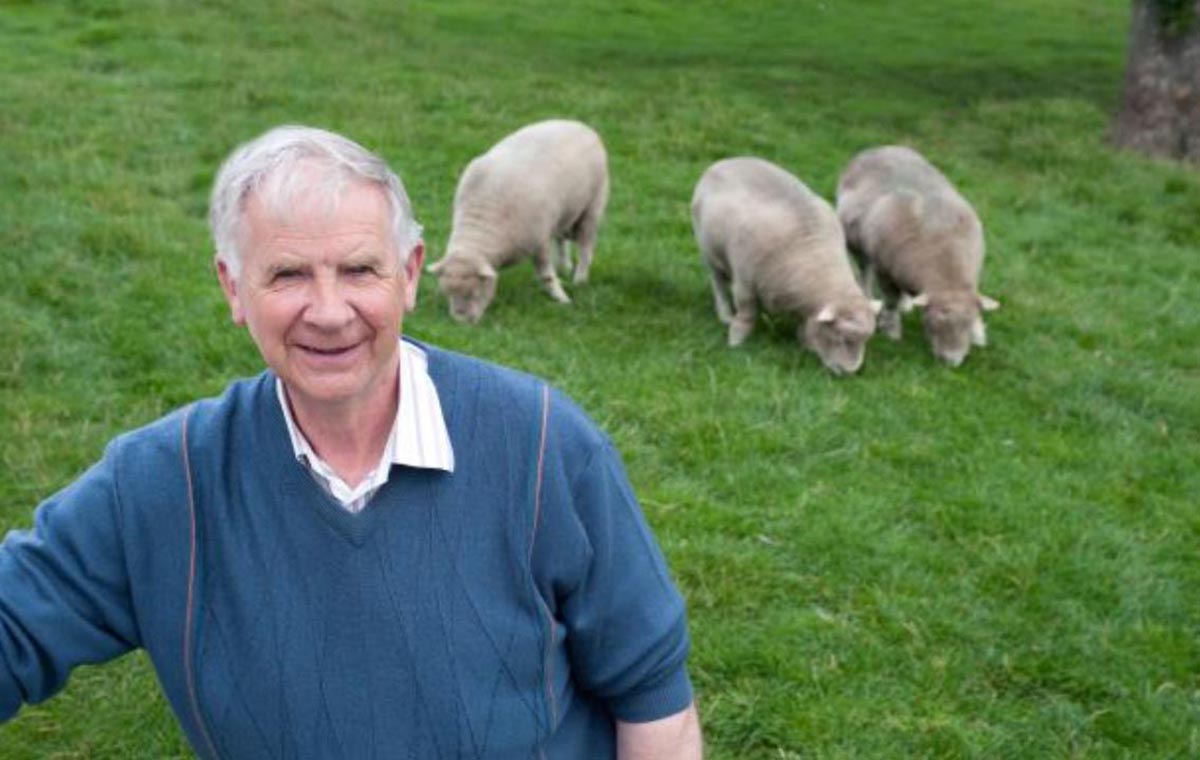 North of Scotland businessman and farmer Dean Anderson has seized opportunities and shaped his enterprises depending on their profitability, but one aspect which has remained constant for half a century has been his flock of pure bred Dorset sheep. Mayne Farm, Elgin, Morayshire, was originally home to the family’s farming operation, but Dean has expanded the area farmed to 3,000 acres and has also run successful ancillary businesses.

“I first got to know the Dorset breed 60 years ago when I saw the sheep owned by a friend of my father in a field on my way home from school,” he said.

“I have had a flock of pure bred Dorsets for the last 50 years and they have remained integral to the mixed farming operation I now run with my son, Andrew,” added Dean.

With an eye for a business opportunity, he expanded his farming enterprise with the purchase of the Hopeman Estate on the fertile Morayshire coast more than 30 years ago and since then various holdings have been added to make up the current acreage owned by Smallburn Farms.

Until 2007, dairying was the principal enterprise. Mr Anderson bought Allarburn Dairy in Elgin 20 years ago expanding the business to processing 13,000 litres of milk a day mainly sold by doorstep delivery and, as a result, employing 62 people.

With it came the expansion of the dairy herd to 350 Holstein cows averaging 12,500 litres a lactation which were moved to a purpose built unit at Plewlands Farm, Duffus, and the ultimate accolade of winning the National Milk Records Gold Cup two years running in 1999 and 2000. 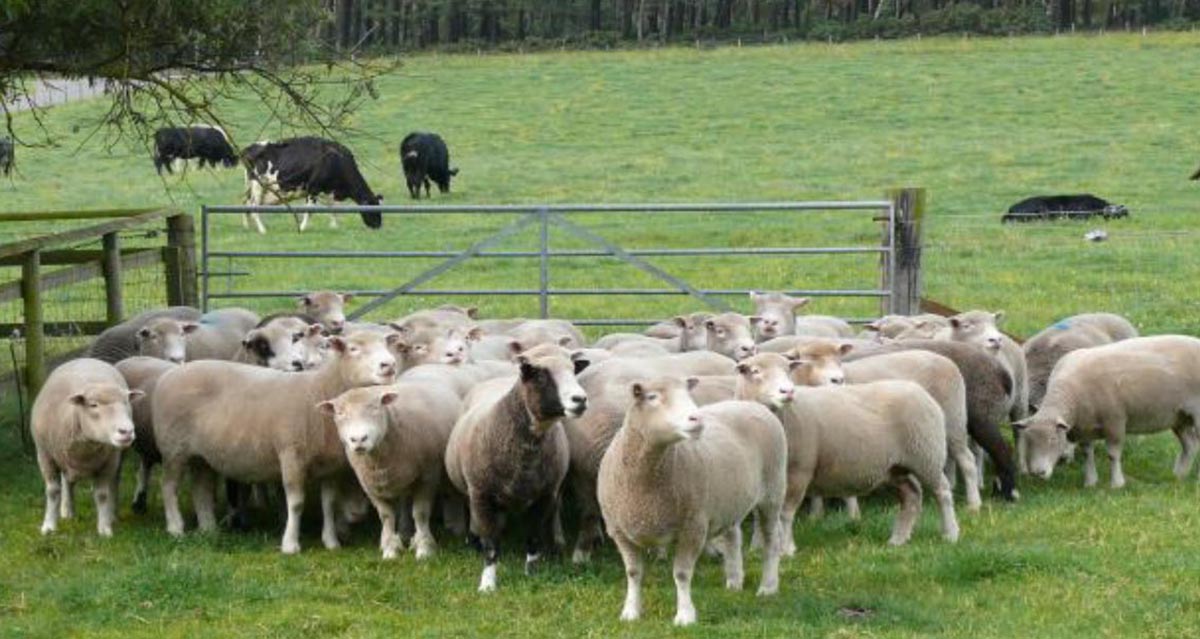 But the challenges on profitability of the milk retail business and milking dairy cows led to a major change in direction. The retail milk business was sold as were the dairy cows but the Allarburn Dairy farm shop in Elgin has been and continues to be developed under the management of Dean’s daughter, Hilary.

A herd of 450 crossbred beef cows - very much a passion for Andrew - has taken the place of the dairy cows at Plewlands and there are 19,000 free range laying hens as well as ducks at Mayne Farm which supply eggs to the farm shop. Land is rented out for growing potatoes and carrots as well as for pig rearing.

The livestock is an important part of the farming business which consists of a large arable operation growing wheat and barley for malting and for feed. The cattle and sheep help fertilise the soil and the sheep clean up the grazing ground.

“In the early days of the Dorset flock, the sheep were horned and fat with fat tails, but now with modern genetics they are longer and leaner with bigger gigots and they really do a grand job for the commercial lamb market,” said Dean.

The flock has never been registered but always bred pure and, while it is closed to female bloodlines, rams are regularly purchased. The most recent was from the Bennachie flock of James Royan, Duns at the Carlisle August 2011 sale and previously rams have been purchased privately from the Blackhill flock run by the Dufosee brothers in Warminster, Wiltshire. 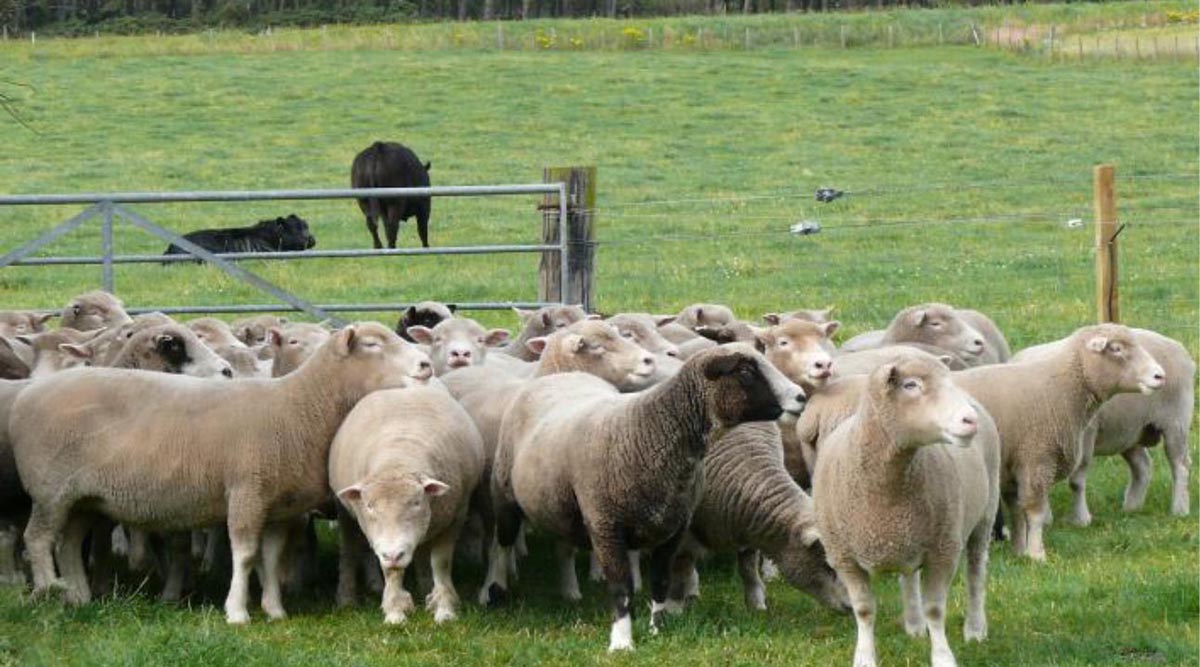 All the February-born lambs are sold at 22-23kg deadweight to Dunbia owned Rhinds of Elgin in the last two weeks of May and the first two weeks of June.

The Dorsets could be lambed in January but they would produce lamb too soon for the Scottish market which is still dealing in hoggs.

“We manage them so that when the lambs are sold in May and June the ewes are kept on bare grassland during July and early August to prevent them putting on too much condition,” said Dean. “We flush them for 10 days before putting in the rams and this has been producing a 200% lambing percentage on the scanned ewes. 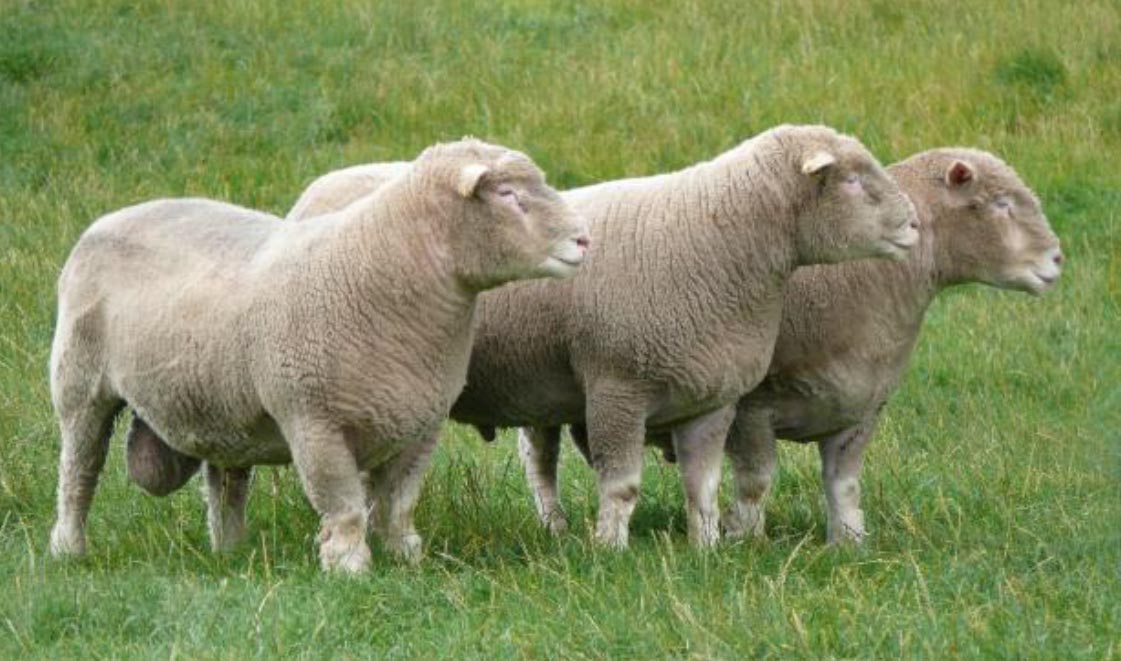 “The Dorset ewe is very docile and there’s nothing better than having her lamb unassisted and finding her with two lambs suckling in the morning,” he added. “They are very milky and good mothers.”

Six weeks before lambing triplet-bearing ewes are housed and fed a small amount of high dry matter clamp silage mix. Other ewes are housed just prior to lambing. After lambing they are fed a silage and barley mix.
“The Dorsets are equally as profitable as the commercial ewes, even though we feed them in the winter. There is also less work in managing them which is important these days when everyone leads such busy, hectic lives,” said Dean.

Around 50 ewe lambs are kept as flock replacements each year and they are expected to easily produce six crops of lambs.

Trade for Dorset cast ewes is also good - with their tight, short wool and big carcase they can compete with other leading commercial ewes such as the Suffolk on price.

The surplus - around another 50 - is attracting a ready demand from commercial producers in the north of Scotland who are seeing the merits of the lighter-boned, versatile Dorset which can lamb at any time of the year to fit in with other enterprises on the farm.

“The Dorset is very adaptable having the ability to lamb when you want it to lamb, even out of season. It’s a lot easier and you can even have three crops of lambs in two years. As a result of their versatility, coupled with being a good commercial sheep producing a valuable lamb, we are selling more ewe lambs than we have before and there is a lot of interest in the breed,” said Dean. “The Dorsets are definitely ere to stay at Smallburn Farms!”