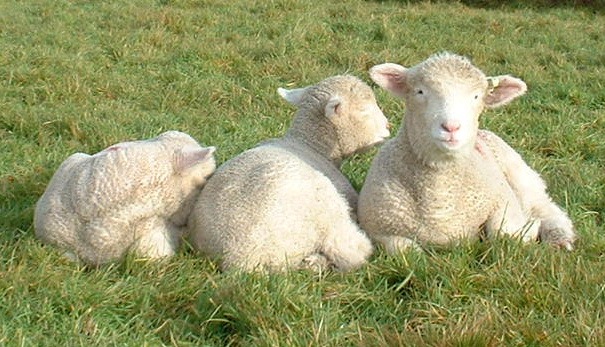 Bred at just under 1000 feet above sea level a few miles from the Wellington Monument, the Blackdown Flock is managed by Graham and Anne Langford with help from their son Joss, and his family.  The flock has been recognised by EBLEX as the Most Improved Flock of Dorset sheep in England for 2014.

The award is presented by the EBLEX Better Returns Programme (BRP) to the recorded flock that shows the greatest genetic gain for commercial characteristics over a 12-month period.  There is a separate award for each of ten UK breeds.

The Langford family established the Blackdown flock in 2002. They’ve  farmed at Great Garlandhayes, near Taunton, for almost 20 years, and have 110 acres of land, mostly permanent grassland within a Higher Level Stewardship Scheme. The Dorset breed have wonderfully milky mothers and are easy to manage without dogs. The family maintain a flock of 125 pedigree breeding ewes, alongside their rented cottages business. 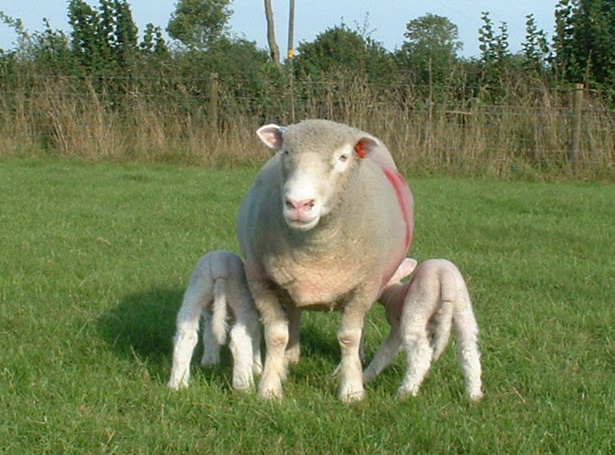 Graham and Anne purchased above average in-lamb stock from Centurion members, and became part of this group of breeders. Through artificial insemination they were able to use semen from the Centurion Ram of the Year for four years, taking quality and whole flock figures to a high level.  They won this award in 2003 as a result of early work and did not expect to win it again!

“My philosophy is ’if you do not measure it then you cannot manage it’ and that can be applied to all enterprises,” comments Graham.

“From the outset we have recorded with Signet to ensure our stock have full information on past performance of sires and dams, and to give an idea of potential for progeny.”

Following the Warwick University study on feet issues some years ago, they had a cull of stock with foot problems and all routine trimming was stopped.  This  has paid dividends in foot health and associated labour costs. Similarly any ewe requiring intervention at lambing does not remain in the flock, nor any of her progeny.

“I have concentrated on achieving an evenly graded flock with high breeding values in both the Terminal Sire and Maternal Indices,” Graham said.

“We are careful to encourage a genetic balance between the two indices. Rapid, early muscle development for well-conformed, fast growing lambs is key for the commercial market place.

“That is combined with the continual improvement of the litter size and maternal traits to promote superior replacement ewes and vigorous rams.

“All this is done against a background of minimum feed input other than grass and forage in a totally outdoor lambing and rearing regime.”

With the objective that the Blackdown flock improves as a whole, they keep sight of breed characteristics to ensure the phenotype remains sound. This will enable wider genetic choice of lambs to retain for breeding, compared to a narrow targeting of just index enhancement.

A balanced approach to breeding values

Lambing in the autumn, the ewes are provided with some supplementary feeding before and after lambing only, and lambs are weaned at Christmas.  Mating design is organised to bring higher Terminal Sire index rams with the ewes that are down a little in their figures, and higher Maternal index rams to compliment ewes lacking in this area. In addition to blending the indices, careful attention and a complicated spreadsheet help to ensure rams with higher litter size traits are put to ewes that need improvement. Ewes are sorted into their groups ready for tupping in April.

Ewes are pregnancy scanned in early July, and any empties are turned straight back out with a ram. Lambing commences from September with returns producing in November/December, no December born lambs are retained for breeding.

Graham and Anne find it difficult to get away from home so they make use of their own website to market stock available for sale.

This year they also supported the Performance Recorded sale on 11 April at Sedgemoor Auction Centre.  The majority of Blackdown stock is sold directly off the farm to both pedigree and commercial buyers. In the past they have shown and won at County shows for stock, wool on the hoof and fleece competitions.

“The show arena does not lend itself to best seeing our performance recorded stock, and as we don’t supplementary feed our stock, their condition is not always comparable.

“We do not cull our ewes with lower figures; instead we choose rams to enhance their progeny.  We have ewes in their ninth year lambing, and these by definition are way behind in terms of index when compared with younger females in the flock,” Graham said.

“As we do not chase indices for individual sheep, this award provides recognition for the overall quality of the flock and for our efforts on our approach to balanced breeding values within the flock.”

Commenting on the win, Signet Breeding Services Manager Sam Boon said: “Rates of genetic improvement in Signet recorded flocks are at an all-time high. The difference between the best high EBV breeding stock and average animals is increasing year on year.

“This means commercial producers have more to gain when investing in rams with superior genetics. Pedigree breeders can capitalise on these differences too and this is exactly what the Langford family has done. The improvement in the genetic merit of their flock is clear and they are to be congratulated on their achievement.”