Many people are remembered for their personal achievements – famous sports people or celebrities to name but a few. However, those that are most fondly remembered, tend to have focussed their attentions on those around them and the lasting impact they have left behind.

Following the sad announcement of the death of Patricia (Pat) Swinley of the Peglars Flock of Dorset Horns, based near the village of Flaxley in Gloucestershire it has become abundantly clear how massive her impact has been on many people but especially young people with an interest in Dorset sheep.

Pat founded her pedigree flock of Dorset Horns in 1975 and over almost 50 years she attended many local shows where she competed strongly in the ring, enjoying the company of those across the farming community.

Over those years, Pat took two young shepherdesses under her wing and instilled a love in them for our white faced and pink nosed sheep. Ruth Jones (as she was at the time) started to help Pat with her sheep when she was about 10 years old. When Ruth reached sixteen, Pat purchased 6 calves which she reared and sold in order that she could afford to give Ruth a paid position at the farm as a Youth Training Scheme (YTS) apprentice. During this time Pat even taught Ruth how to drive in her old Morris Minor, knowing that all these skills could set her up for life in her chosen profession. The love and kindness shown by Pat to a young Ruth has undoubtedly led to the success she has achieved as the shepherd at the famous Huish flock over recent years.

Following in her Aunties path, Jasmine Jones also caught the Dorset bug thanks to the encouragement and support of Pat and now has a small but highly successful flock, under the Tundish prefix. Almost all the foundation females were sourced directly from Pat and she took on the remainder of the Peglars flock when Pat finally retired.

Pat would have turned 85 years on the 30th September this year and is remembered fondly as the most caring soul with a great sense of humour by those that knew her best. The Dorset Horn and Poll Dorset Sheep Breeders’ Association send their condolences to her twin sister Peggy, brothers and wider family. 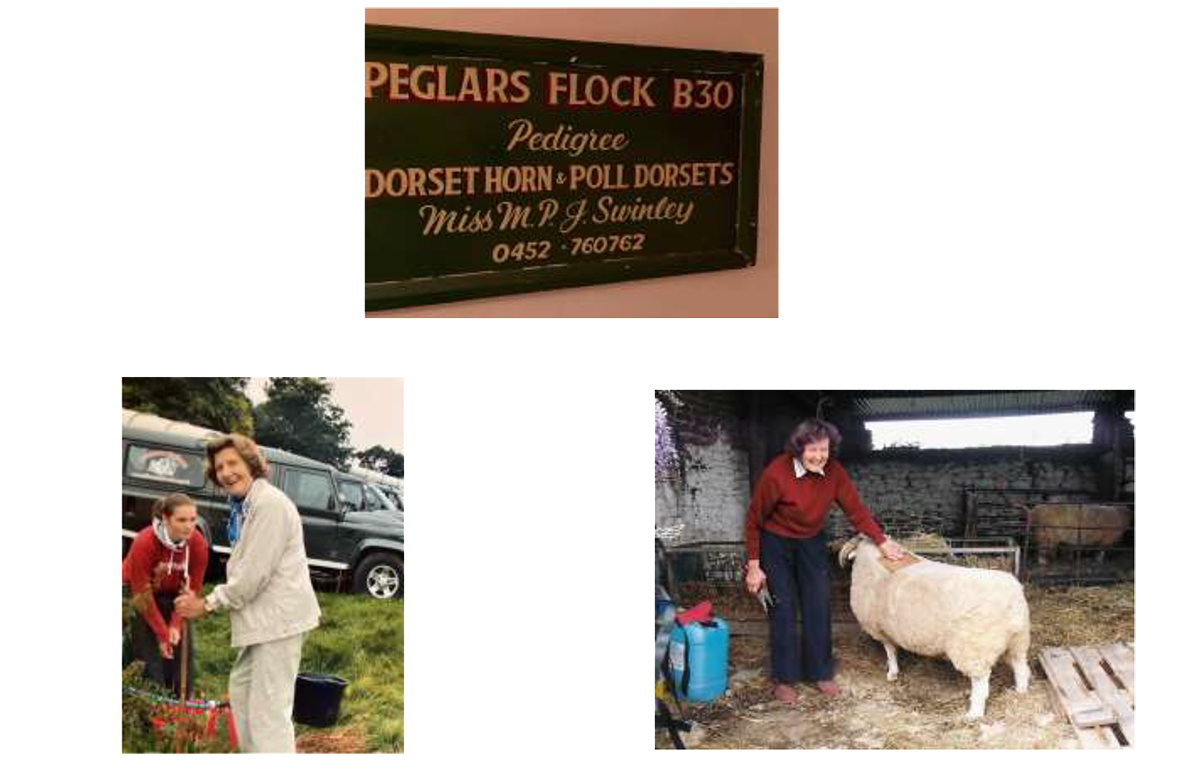