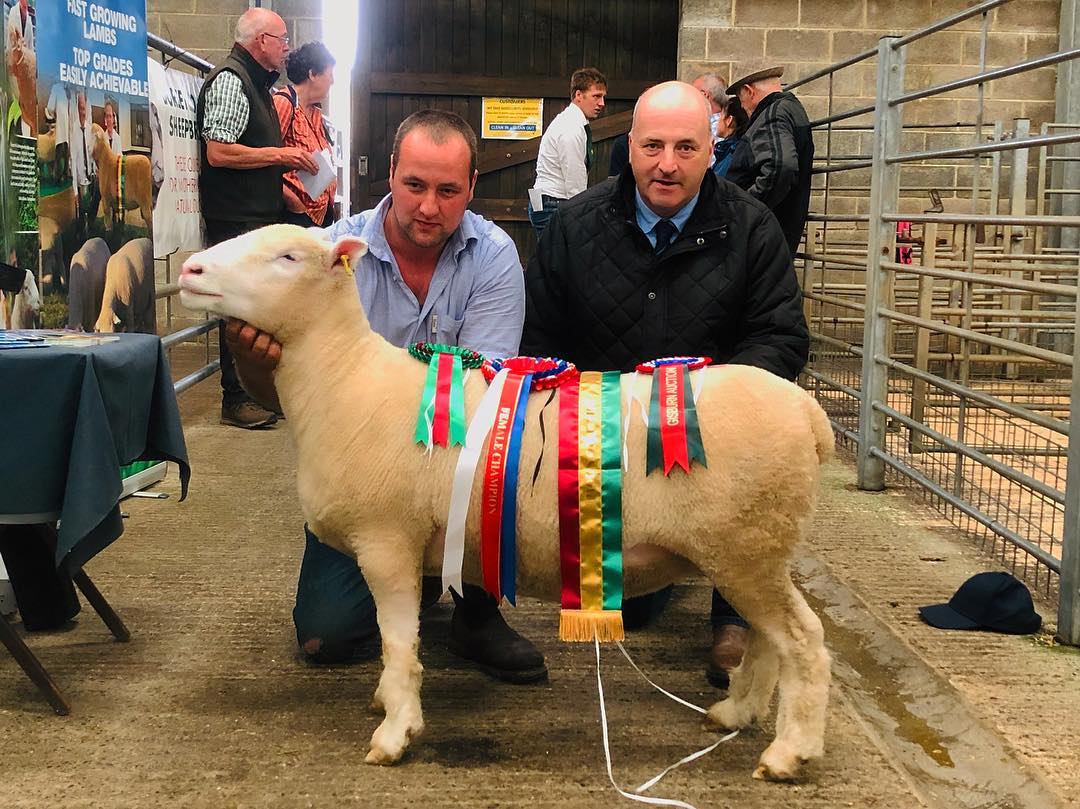 Sam Driver, left, and George Robson, Judge, with the Champion 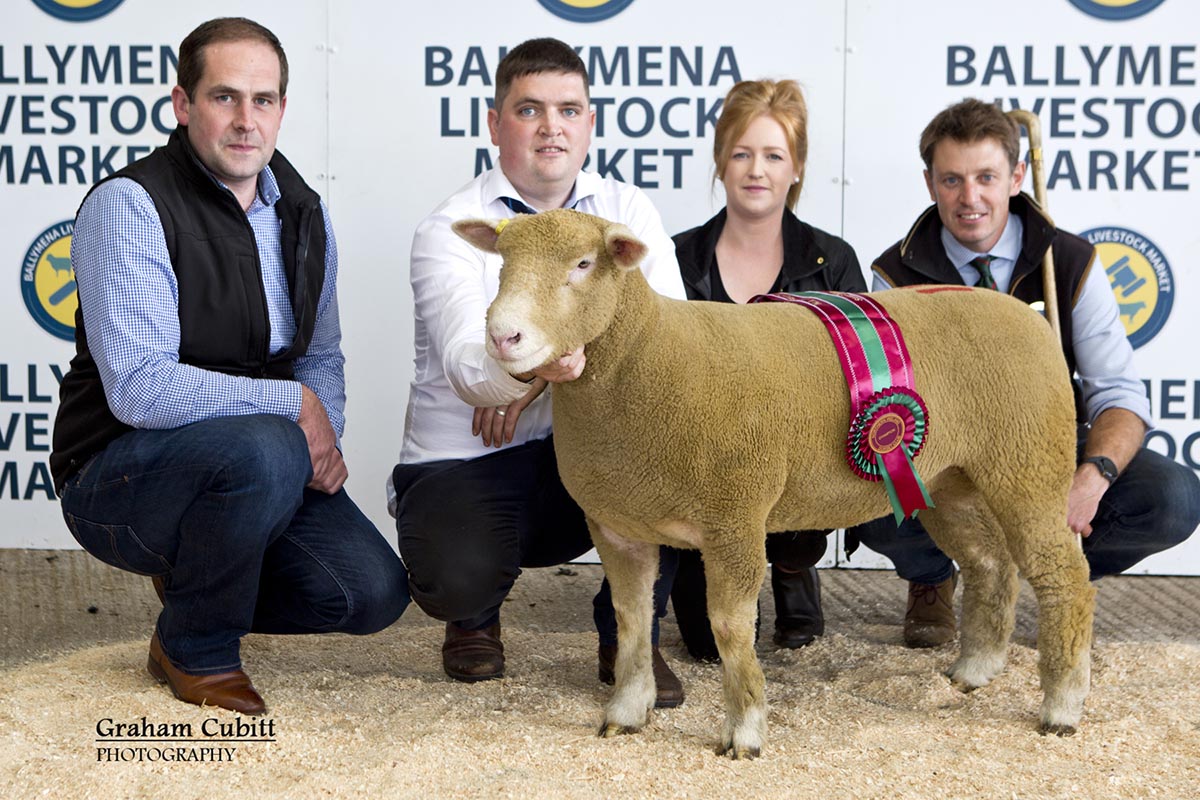 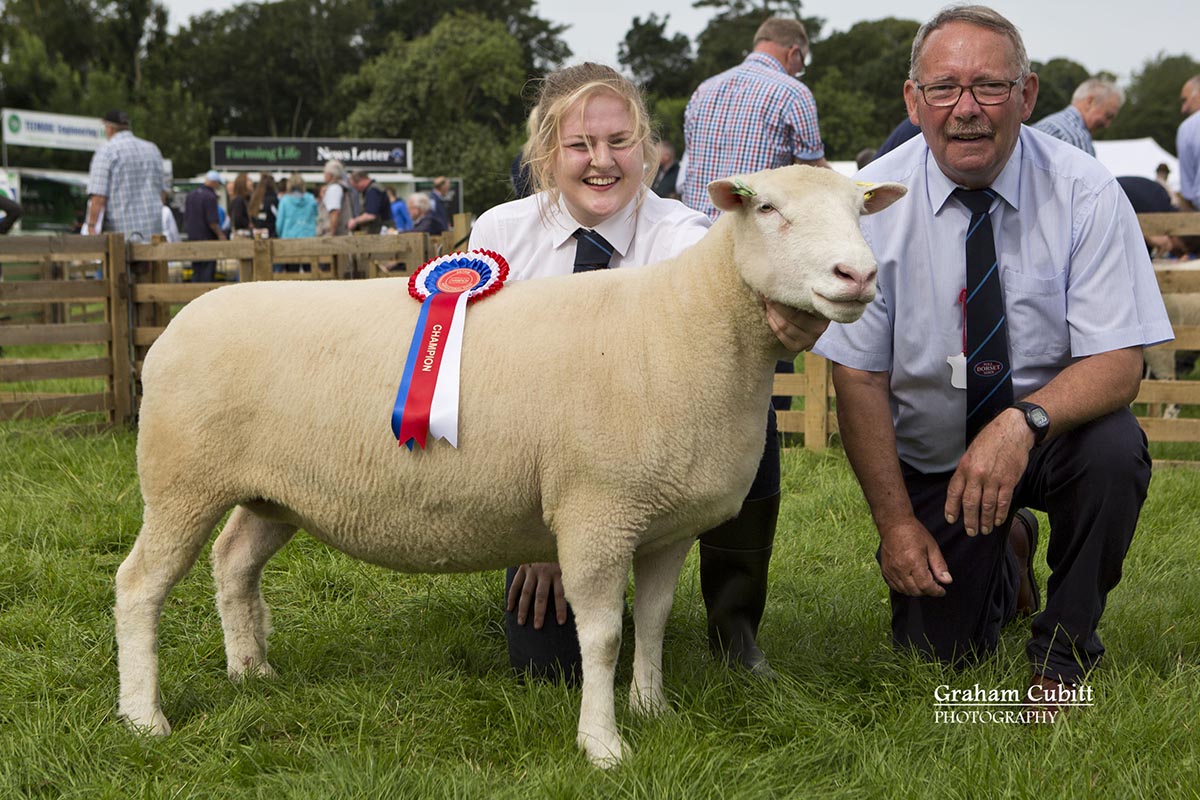 “Dorsets in demand at 47th Annual Premier sale in Ballymena”

This Premier Show & Sale attracted an entry of 204 top quality sheep, and the popularity of the Breed was reflected in the interest shown by the large number of buyers present and eager to do business. These also included breeders from further afield given this event’s GB Export Sale status.

The first part of the day consisted of the show for which the task of judging was attributed to Mr Tim Pratt, owner of the Deben Poll Dorset flock and manager of Staverton Dorset Horn flock, Suffolk.

(Any Other Native Breed) 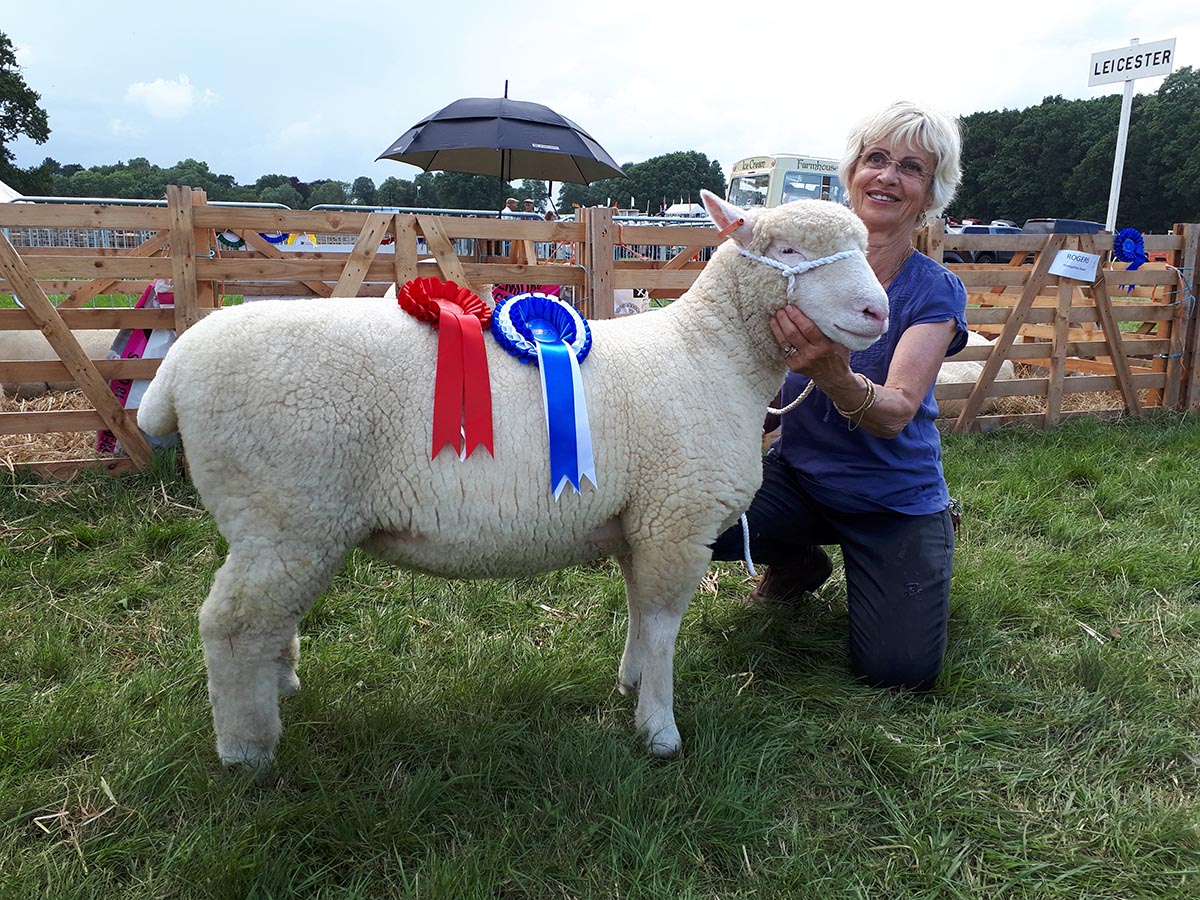 Sheila Gray with the Reserve Champion