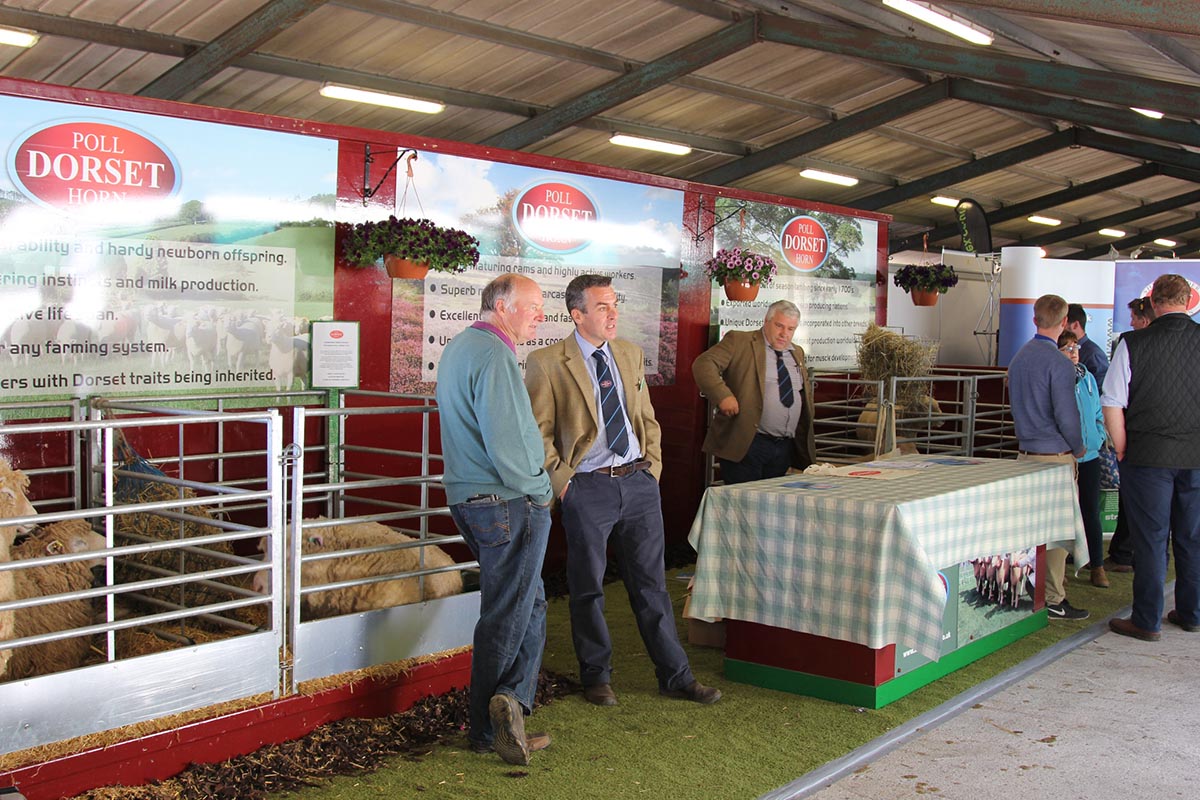 BLYTHBANK, BONNY BORDER HILLS AND A BOTTLE OF BALVENIE

Hill Sheep farming has always been seen as the poor rival to any other form of livestock production, but it has and always will remain key to the Campbell family’s highly successful Glenrath Farms’ enterprise. 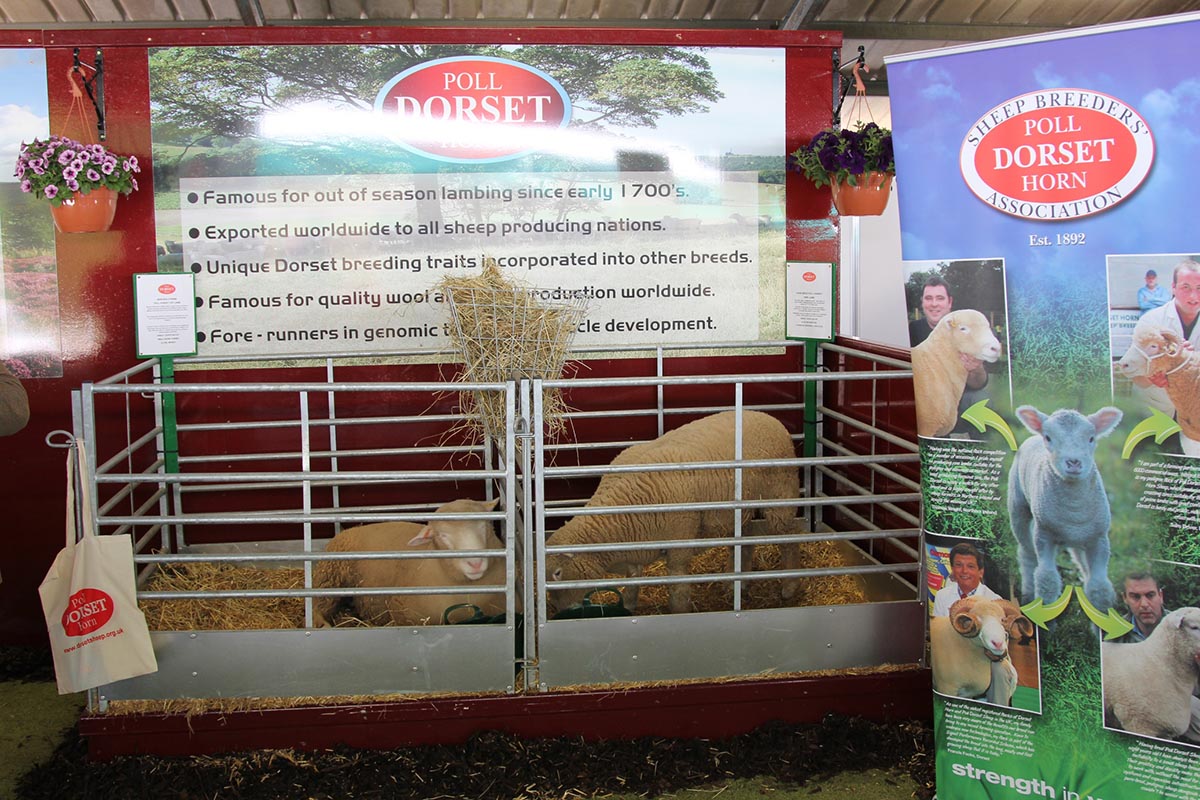 With the business now encompassing 15,000 acres, to include five hill farms, three upland and numerous free-range egg units selling in excess of 1.4 million eggs per day it was an ideal setting for NSA Scotsheep 2016.

Outwith their free-range egg business, the Campbell family farm 500 Limousin cross Angus cows and 10,000 ewes of which 6000 are Scottish Blackface with the remaining 4000 being Scotch Mules. With such an impressive backdrop to the premier sheep industry event in Scotland it was vitally important that the Dorset Horn and Poll Dorset Sheep Breeders’ Association was well represented and the Association’s vice chairman – James Royan – turned to a willing group of Scottish breeders, including Denis Rankine, Alistair Morton and Marianne Sheed to provide the animals and presence on the stand.

However, once again it was the Northern Ireland Club who provided their impressive stand to give a professional look to what the breed can offer. A special mention must go to William Carson, Graham Cubitt and James Robson for taking the stand to the Scottish Borders and supporting the breed with such commitment.

On Tuesday 30th May 2016, all parties met up at the venue of Blythbank Farm where the stand was erected and the sheep bedded in for the night.

The stand included a senior ram – Sherborne Prince Regent; a ram lamb – Bencran Xtreme; a pure bred ewe lamb and a pair of first cross ewe hoggets. In addition, James Royan put forward a pair of pure-bred ewe hoggs into the special sale to be held at the conclusion of the event.

The contingent from Northern Ireland then made their way across the Scottish Borders to the home of the Bennachie Flock for some rest and recuperation, which included Graham Cubitt sampling a special bottle of single malt Balvenie whisky – it certainly seemed to be to his liking!

The following morning the event was blessed with glorious sunshine and the bonny border hills provided a spectacular backdrop for the 8000 visitors who descended on the venue. It was the farm tour that offered the visitors with an insight into what is a very impressive sheep farming operation, demonstrating stratification perfectly – in fact the only missing component was a Dorset ram!

The businesses’ Scottish Blackface produces the Scotch Mule, with a proportion of those making top prices at the sales throughout Scotland but it is the remainder – 4000 in total – which are put to the Suffolk and Texel ram for a traditional spring lambing. The farm achieves a scanning average of 200% and 175% are sold finished off farm with the first lambs away during the third week of June. 80% of all lambs bred are finished off grass with ewes only receiving concentrates for the first two weeks after lambing.

The Dorset stand enjoyed a very busy day with interest coming from all over the United Kingdom and with queries like “where can I buy 100 breeding ewes”, it was obvious that the breed’s reputation was steadily growing. The interest was so strong that the last breed brochure was handed out at 3.30pm and the farm was awash with our ‘give away’ shopping bags. It was also a good day in the show ring with the pure-bred Dorset Hoggs winning the best native breed and going on to sell for 250.00gns each through the ring.

It was a very satisfied Northern Irish and Scottish team of Dorset breeders that set about taking the stand down at the conclusion of the day, all of whom felt confident that all breeders would feel the benefits of the day at forthcoming sales with interest levels going from strength to strength. 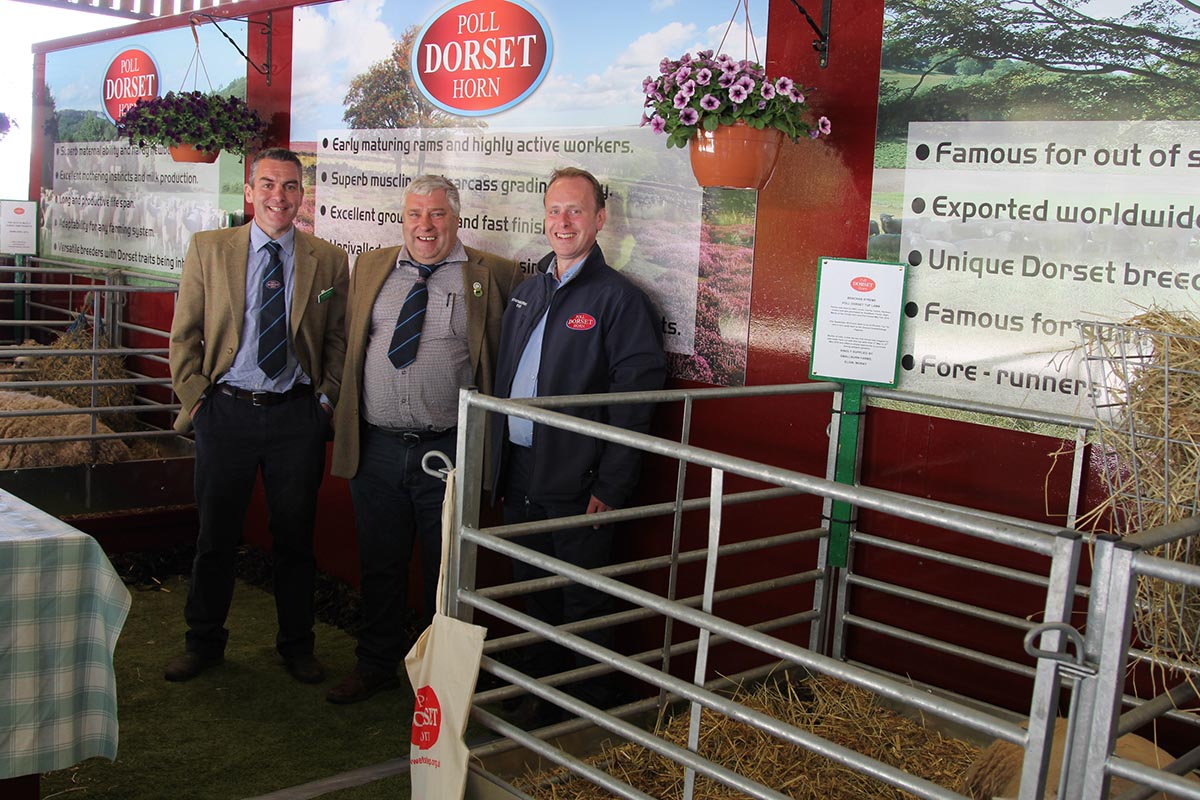