Unfortunately no show took place this year but that didn't deter both vendors and purchasers who supported the sale travelling from Cumbria, Wales, Derbyshire and the red and white rose counties.

Trade proved to be bouyant with an almost total clearance of females and good prices made for some sought after rams. Top price honours went to a Richard Fitton bred Poll shearling tup, Dynamite B2139, out of Richhill Exuberant and South Ham X41. He made 800 gns and went back with Messrs. Smith. 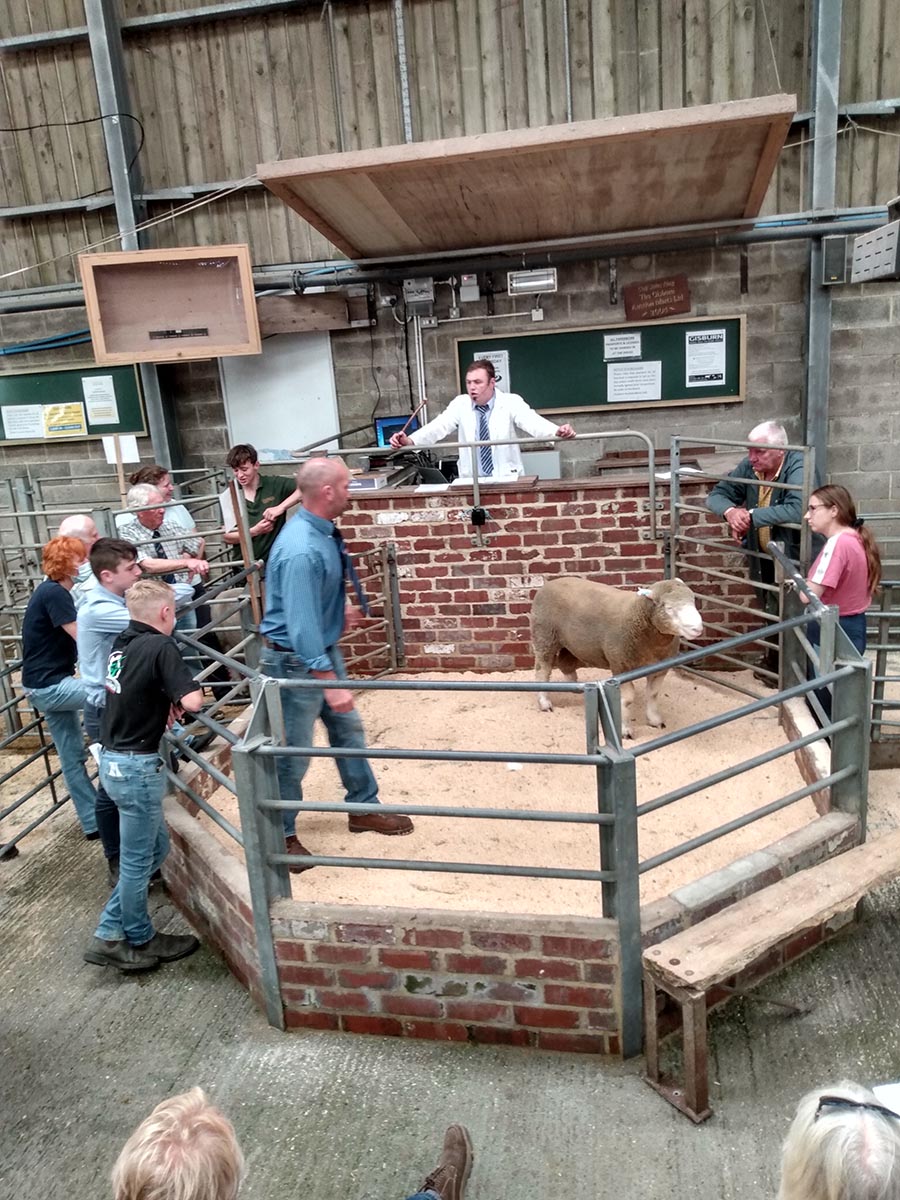 Ewe lambs were in great demand with a total clearance which was particularly pleasing as most were spring born. Keen bidding for a smart pen of four December born Poll ewe lambs out of Gwenffrwd Adam and Gwenffrwd ewes from the Quarrydale flock of Misses M & J Odgers saw the top price of 180 gns go back to Bury with Stuart Alderson for his Paddock Leach Flock. A pen of March born Poll ewe lambs from Alec Steff made 160 gns. In the unregistered section R Currie brought forward 4 good pens of Poll ewes with all selling well, the top to 160 gns.

The Northern Dorset Breeders Club would like to thank all at Gisburn Auction Mart during this particularly difficult period especially the auctioneer Jack Pickup and Ann Faraday in the office who, as always, made the sale run smoothly. A special thanks to Marg at the breed society office for sorting out the catalogue at very short notice. All the vendors deserve congratulations for making the considerable effort to bring forward very well presented stock for sale. And to the purchasers, thanks, without you there wouldn't be a sale.

Over the past 3 years the reputation of the club show and sale in Gisburn has grown in both numbers brought forward and quality of stock presented. It is fast becoming the go-to auction for >both Horned and Poll Dorset sheep, it offers something for both pedigree and commercial breeders.

We continue to build for the future and promote this fabulous breed of sheep. See you all next year for the 2021 show and sale.