‘NI Dorset Club Kick off the Sale Season on a High’

The annual “Dorset Diamonds” spring sale took place on Saturday 26th March 2022 in JA McClelland Livestock Mart, Ballymena, organised by the Northern Ireland Dorset Horn and Poll Breeders Club. The sale attracted an impressive entry of 94 sheep all of which were eligible for EU export, offering breeders from far and near the opportunity to invest in quality genetics with the first pick of lambs to be sold this year. 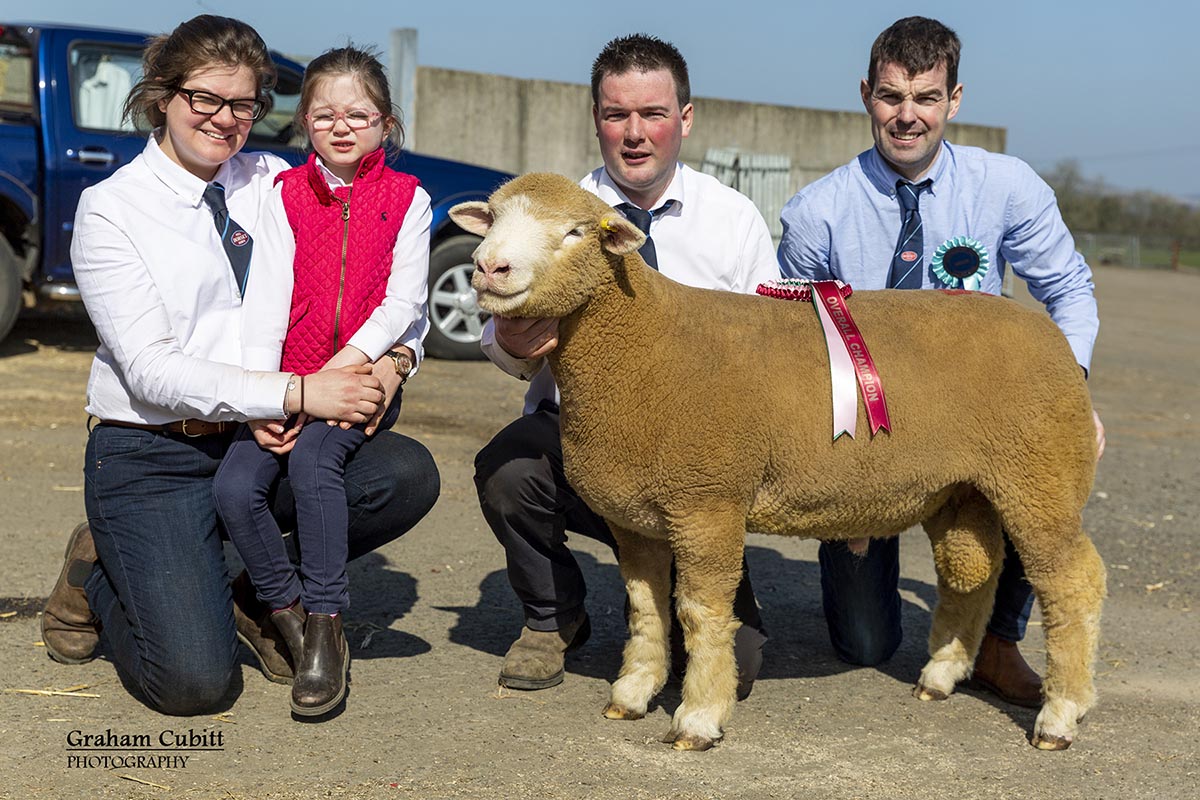 The earlier part of the day was attributed to the pre-sale show which as always was well supported by breeders and onlookers with an excellent turnout all round. Judge for the day was Mr John Duggan, Co. Meath who is a regular supporter of NI club sales, running his 50-ewe strong flock of Bellewstown Poll Dorsets. His pick of the day going to ram lamb class winner, lot 51 from A & C Kennedy with ‘Maineview Eureka’. This lamb showed excellent conformation, correctness, and breed type. Sired by stock ram Downkillybegs Daredevil, this was the first son to sell, being capitalised on by James Johnston, Aghalee for 2500gns.

Reserve champion of the day was awarded to lot 90 for March born Shearling ram ‘Lisnafillan De Nero’ from Laura Weir. Sired by Maineview Colorado out of homebred ewe Z13, this ram stood strong displaying power, style and presence. After a surge of bids, he was secured by William McCracken, Loughgall for 4600gns, taking top price of the day. 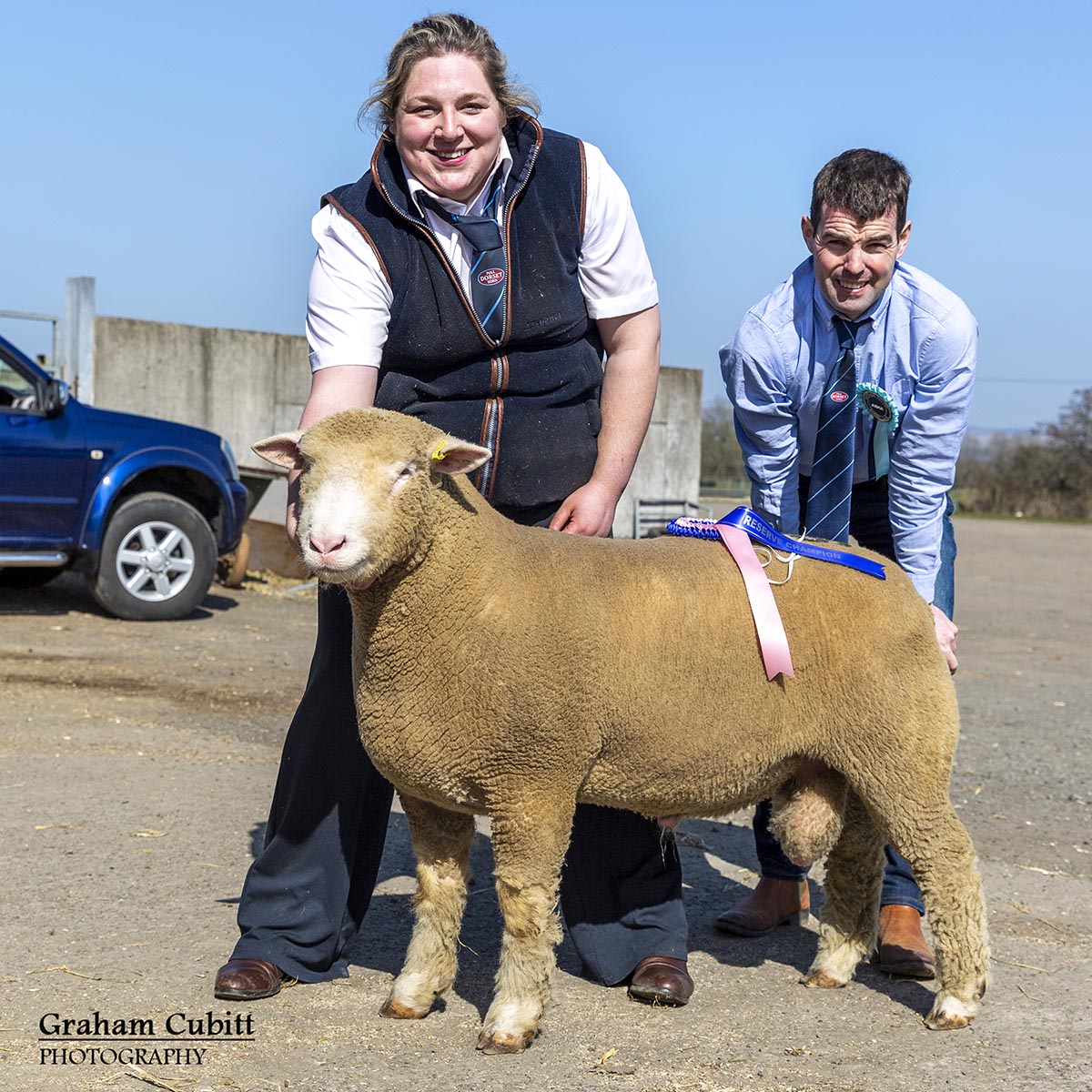 Continuing with her success, the next top price went to Laura Weir, this time with ram lamb “Lisnafillan Emperor”. Sired by Huish Napoleon out of Tardree T137, this smart lamb found his home again with William McCracken for 3600gns. 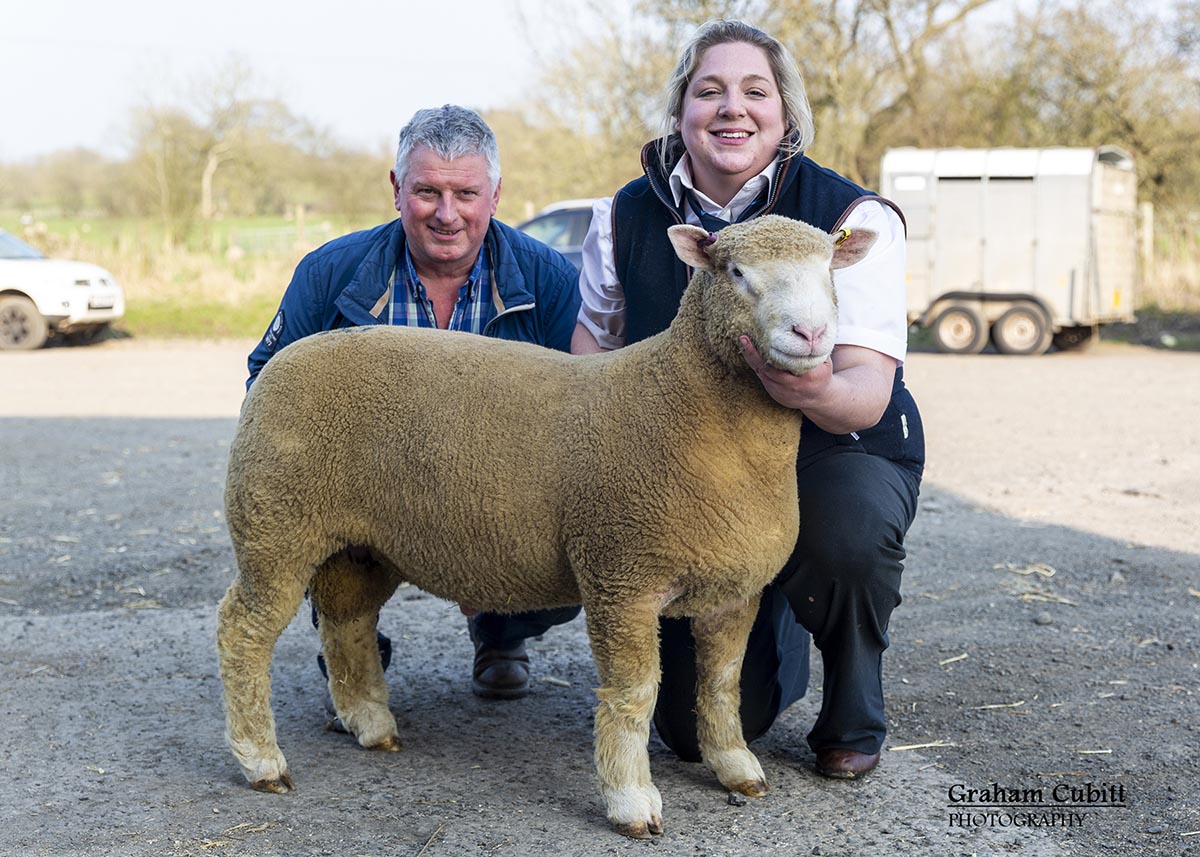 In the female section, it was Ben Lamb who triumphed with lot 5, 1st place ewe lamb ‘Richhill E594’. Sired by Downkillybegs Huggy from a homebred ewe, this lamb oozed character and style, selling for 1200gns to Glen Millar. 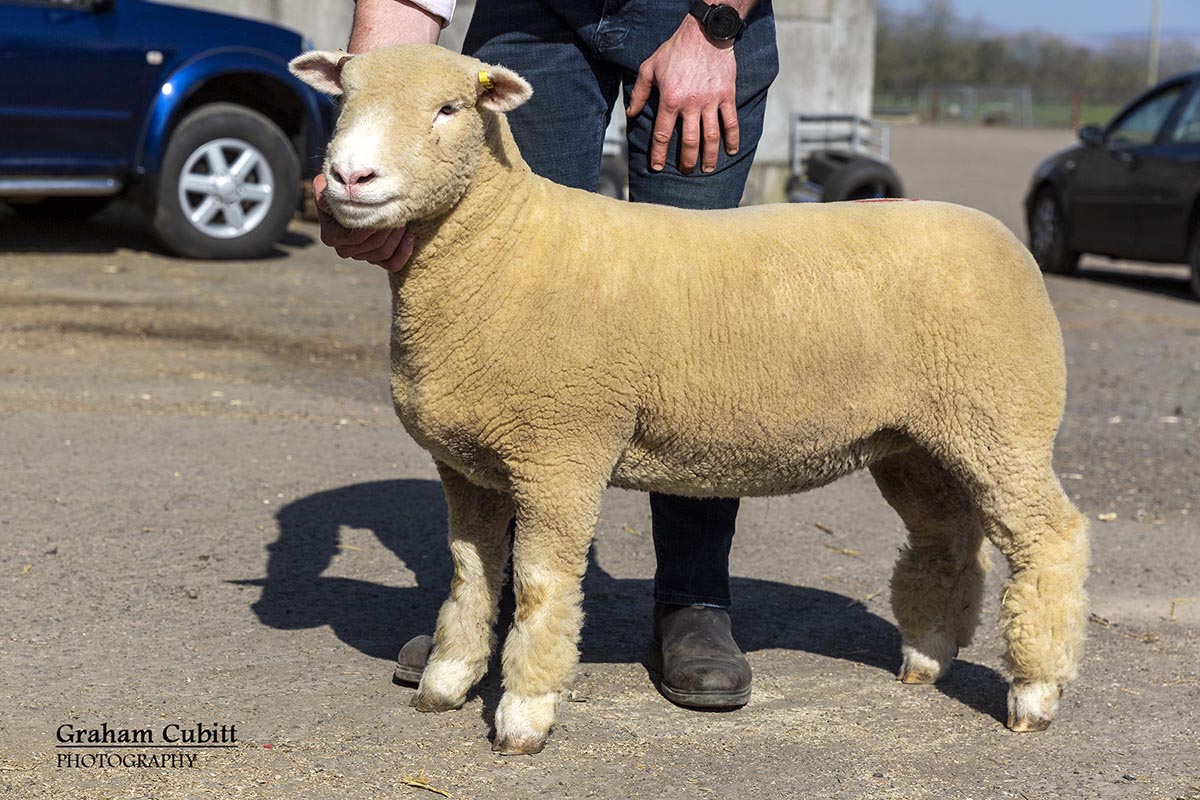