Dorsets top at 700gns at Carlisle 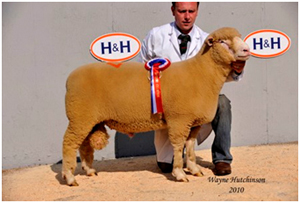 Rams led the way at the Dorset Horn and Poll Dorset Sheep Breeders Association show and sale at Carlisle on Friday 27th August 2010.

Leading the way was Richhill No Limits N6, a ram lamb from Ben Lamb, Richhill. This October 09 born poll is out of Trevilley J581 and by Rossiz King Kong, the Ballytaggart flock stock ram. This ram lamb stood reserve male champion and was sold for 700gns to M Hodgson, Wasdale, Cumbria.

Not far behind was the supreme champion at the pre-sale show, a ram lamb, Downkillybegs Nitehawk, this time from W and K Carson, Downkillybegs. He went for 600gns to T G Wright, Ballytaggart, County Antrim. 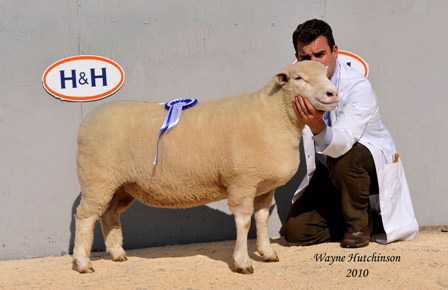 This ram is out of Downkillybegs K76 and by Drumlin Kojack, which sired 2000gns 2009 May Fair Champion.

At the next best money was the female champion and reserve supreme champion a shearling ewe, Bennachie Lala L19. This January 2009 born poll, is by Ballytaggart Keltic Star K56 and out of Ramsden J874. She was put forward by James Royan, Bennachie and sold to J Waller jnr, Killington, Cumbria for 450gns.

Two entries were snapped up for 400gns. The first of which was Huish L341, a Huish Hunter sired shearling ewe from D W Rossiter, Huish. She is out of Huish F364 and went to J E and S M Gray, Burley in Wharfedale, IIkley.

The second was Huish L129 a poll by Downkillybegs Humdinger H8. She is out of Huish J272 and had been running with Blackhill Kipper K970. This one was again put forward by the Huish Flock and sold to J Royan, Duns, Berwickshire.

A call of 350gns secured the next entry, a shearling ram from R M Elgin and Son Ltd, Bramain. Braman Lawrence L9150 went to D J and A E Hirst, Castlehaw, Saddleworth.