The last entry into the sale ring and the sales supreme champion secured the top price of 600gns at the annual show and sale for the Dorset Horn & Poll Dorset sheep breeders society.

Northern Ireland breeder Thomas Wright of the Ballytaggart flock based at Co.Antrim took the leading price tag of 600gns for this September 2008 born lamb ram Ballytaggart Levi. A son of Riverview Jaguar and bred from a homebred mother, he was successfully purchased by Aberdeenshire enthusiast M Barron of Huntly. 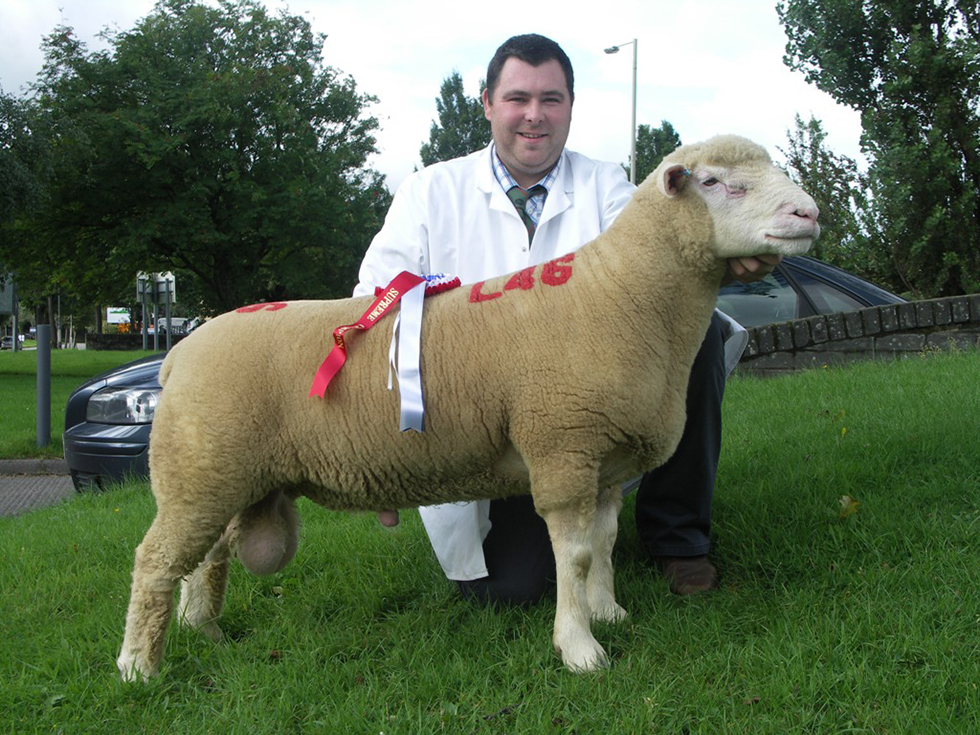 Following at 430gns was a lamb ram shown by Borders breeder James Royan of the Bennachie flock situated near Duns. His 9 month old lamb, Bennachie Legal Aid a son of Ramsden bred ram sold with a terminal sire index of 349 and maternal index of 2. 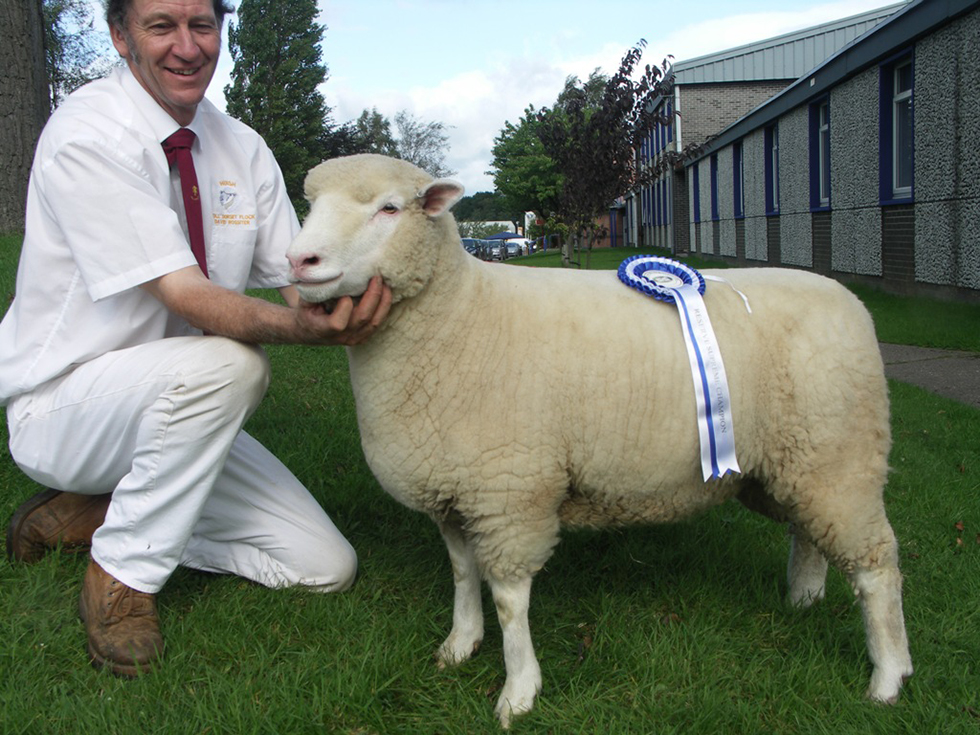 58 which are both in the top 5% of the breed. He was sold to Devon breeder, David Rossiter for his Huish flock.

Also selling for 430gns was another lamb from the Bennachie pen of James Royan. Bennachie Lawless, bred from both a Ramsden sire and dam line, he was sold to enthusiasts N & J Newbould & Son of Dalbeattie.

Leading the female section was a ewe lamb consigned by David Rossiter of the Devon based Huish flock. She sold with a maternal index of 232 and a sire index of 213 and is a daughter of the home bred ram Huish Cupid and out of a Ramsden bred mother. This very stylish lamb sold to James Royan for his Berwickshire based Bennachie flock.

Following at 380gns was a shearling gimmer from the Huish flock of David Rossiter’s This September 2007 born poll gimmer, sired by Ballytagggart Hot Shot, sold running with Oliver Tree High Society and goes to G & E Jones of TYstrad Meurif of Ceredigion.