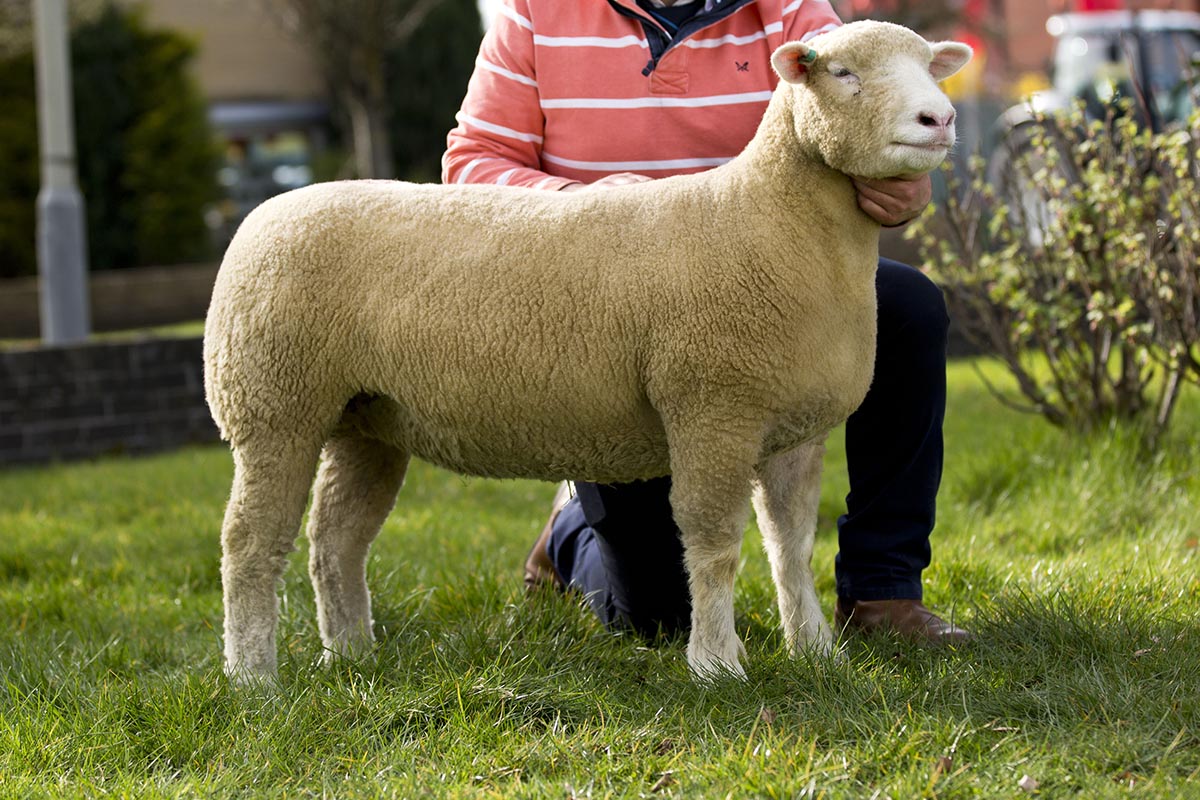 Breeders from every corner of the UK, from Deveronvale to Devon and Antrim to Aberystwyth and everywhere in between were in attendance with their entries of 106 sheep to make the sale one to remember!

And it was especially memorable for Northern Irish breeder Ben Lamb who secured the two top prices of the day.

The top spot was for lot 9, Richhill A-Plus, who took 3rd Prize Shearling Ewe in the pre-sale Show. She is a Sandleford Usain daughter out of an Olivertree Nik-Nak ewe and was chopped down to Andrew and Caroline Kennedy of the Maineview flock in County Antrim for 2,200gns.

The Second top price of the day was Lot 8, Richhill A-Star. A-Star is by Sandelford Thunder and out of a ewe by Downkillybegs Pegasus. She stood top shearling ewe, and Female Champion in the show and made 2,000gns selling to fellow NI Breeder Gary Hanna. 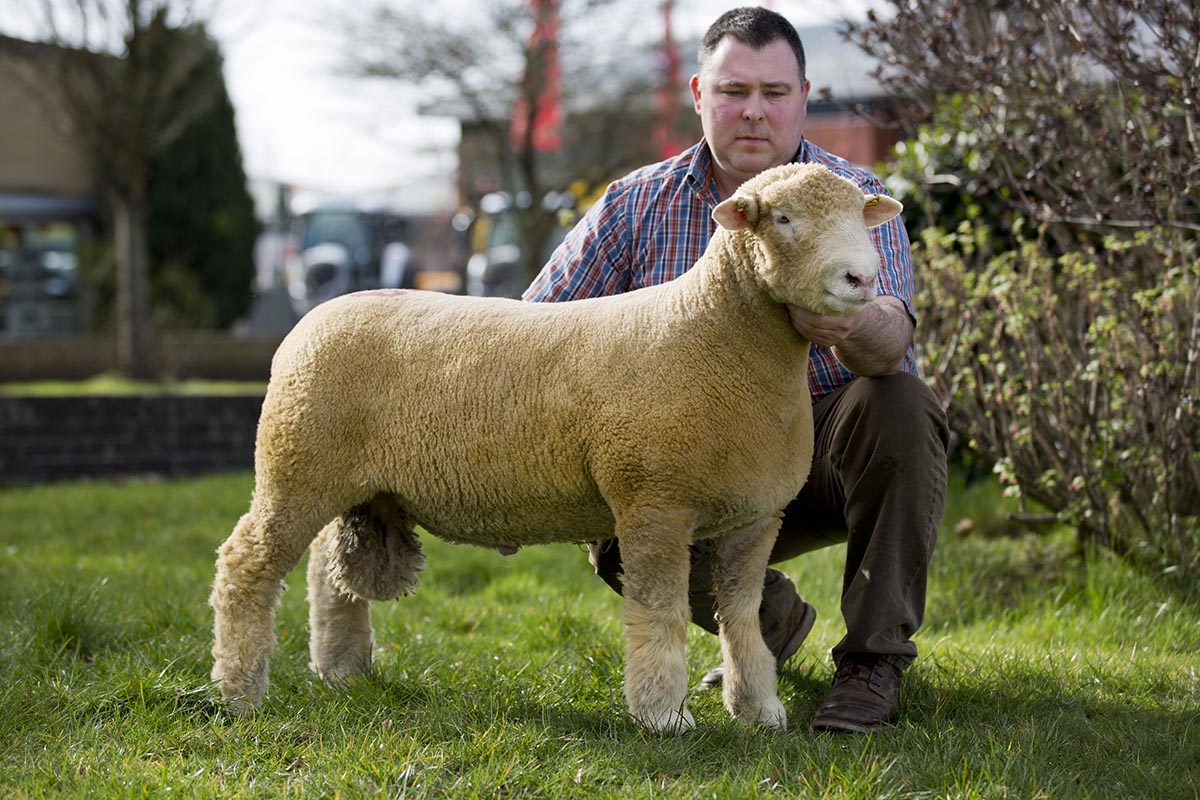 The third top price, and top price Male was up next and this was Lot 58, Ballytaggart Buster, a ram lamb from Thomas Wright, again in Northern Ireland. This Bannside Xavi son, with a Richhill Sampson mother, caught the eye of Scottish breeder Alistair Morton, who has taken him home to the Stobilee Flock In Lanarkshire for 1,500gns. 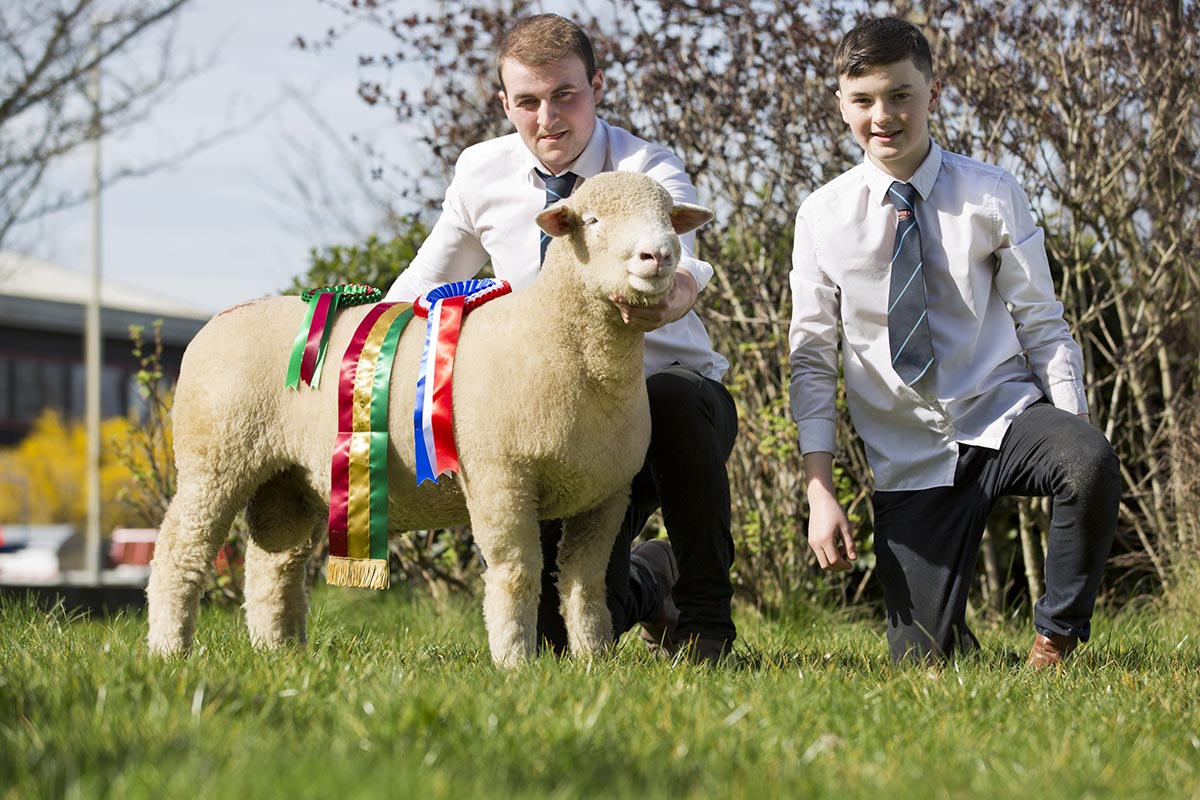 The second top priced Male was also the days Supreme Champion, Ballyhamage Braveheart, Lot 104, from James and Craig Robson, Ballyclare, is a ram lamb out a Sherborne Striker ewe, and is by the top priced ram lamb at the 2016 May Fair, Pembroke Zest-Is-Best. He is going back to his roots, joining David Lewis’ Pembroke Flock for 1,200gns.

Jumping back to Females, the next two top prices in that section both headed back to Richard Fitton’s Flock in Manchester. First up, at 900gns, was Downkillybegs A102, from William and Karen Carson. This Shearling ewe by Deverill Xavi stood second in the show. She heads back to Manchester alongside the next highest priced female, and the top priced Ewe Lamb of the day. This was the ewe lamb that stood 1st Prize in the show and was Lot 28, Olivertree Babs, from Raymond Hill. She is a very smart Hilltop Alabama daughter. 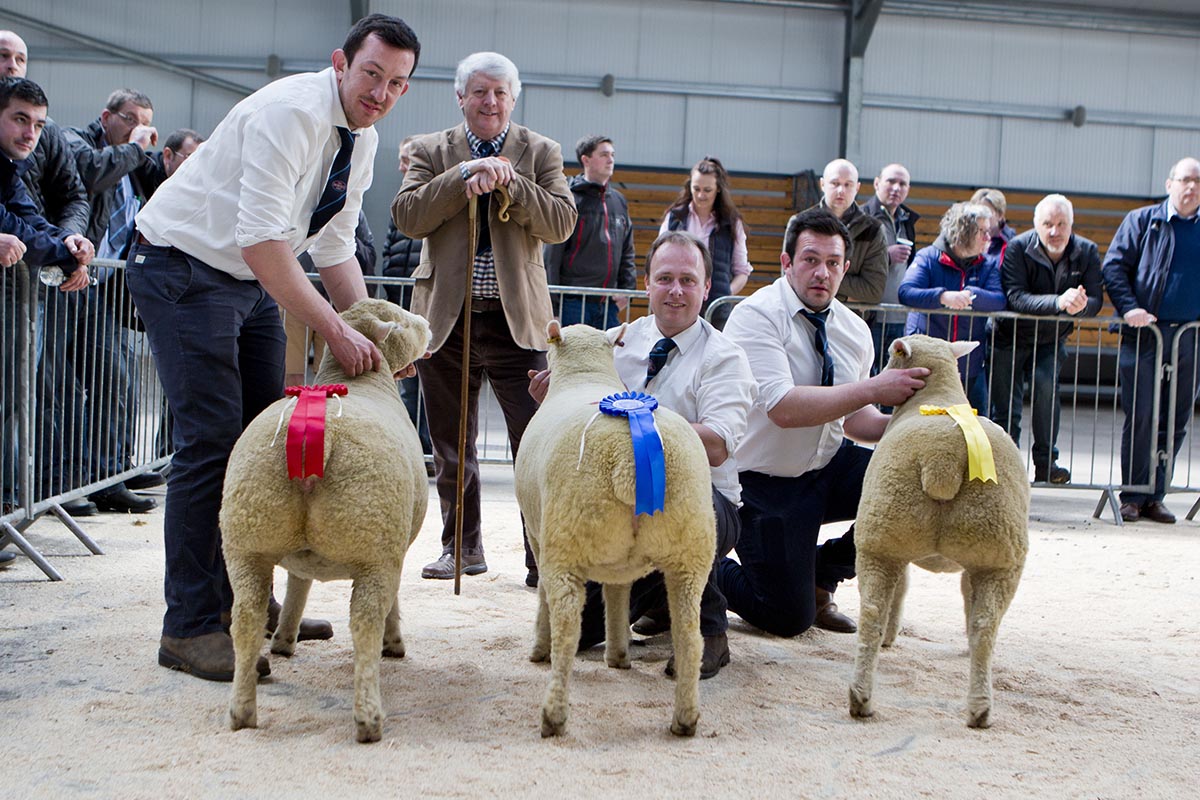 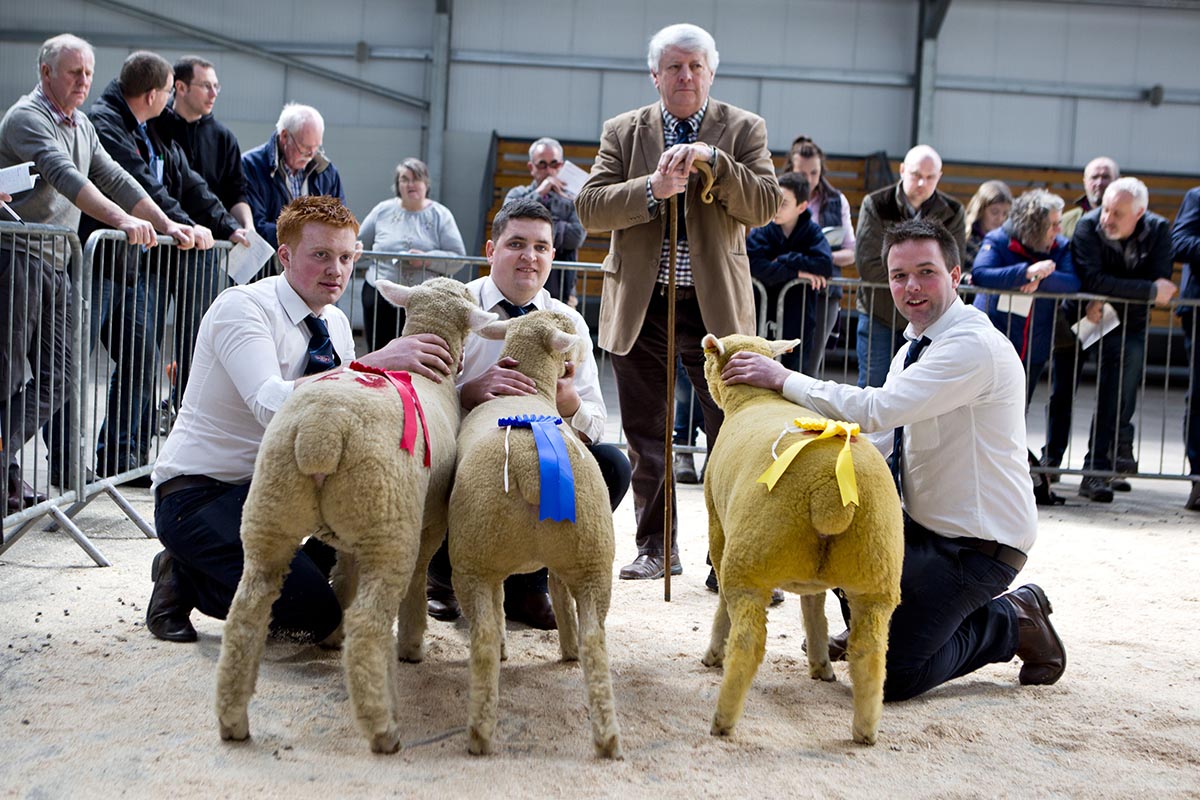 In the male section, achieving another impressive price of 900gns was Ben Lamb. Lot 88, Richhill Bionic, is an Oliver Tree Zlatan son, out a Ballytaggart Trojan dam, and he sold to Messrs Knox, Riverview, Ballymoney.

There were then two Rams sold at 800gns. The first of these was by that man Ben Lamb again. Lot 90, Richhill Barney is another Zlatan son but this time the dam is a Ballytaggart Nijinsky. He is staying in NI with Messrs Hall. Then, it was the days ‘Best Horned Exhibit’ from Sam Driver. Lot 51, Sandy Lane Action Man is a September ‘17 born Shearling by Staverton Xanadu. He also made 800gns and is staying in the realms of the Northern Dorset Club by joining Alex Birch, Bakewell, Derbyshire.

At 750gns was the Reserve Male Champion. Lot 80, Islaharnan Bruno, was also the second prized ram lamb and is by Bannside X51 and out of a Tardree Sampson Daughter. He is heading up to the Scottish Borders in a joint purchase between the Bennachie Flock of James Royan, and the Dun Eideann Flock of Denis and Declan Rankine. 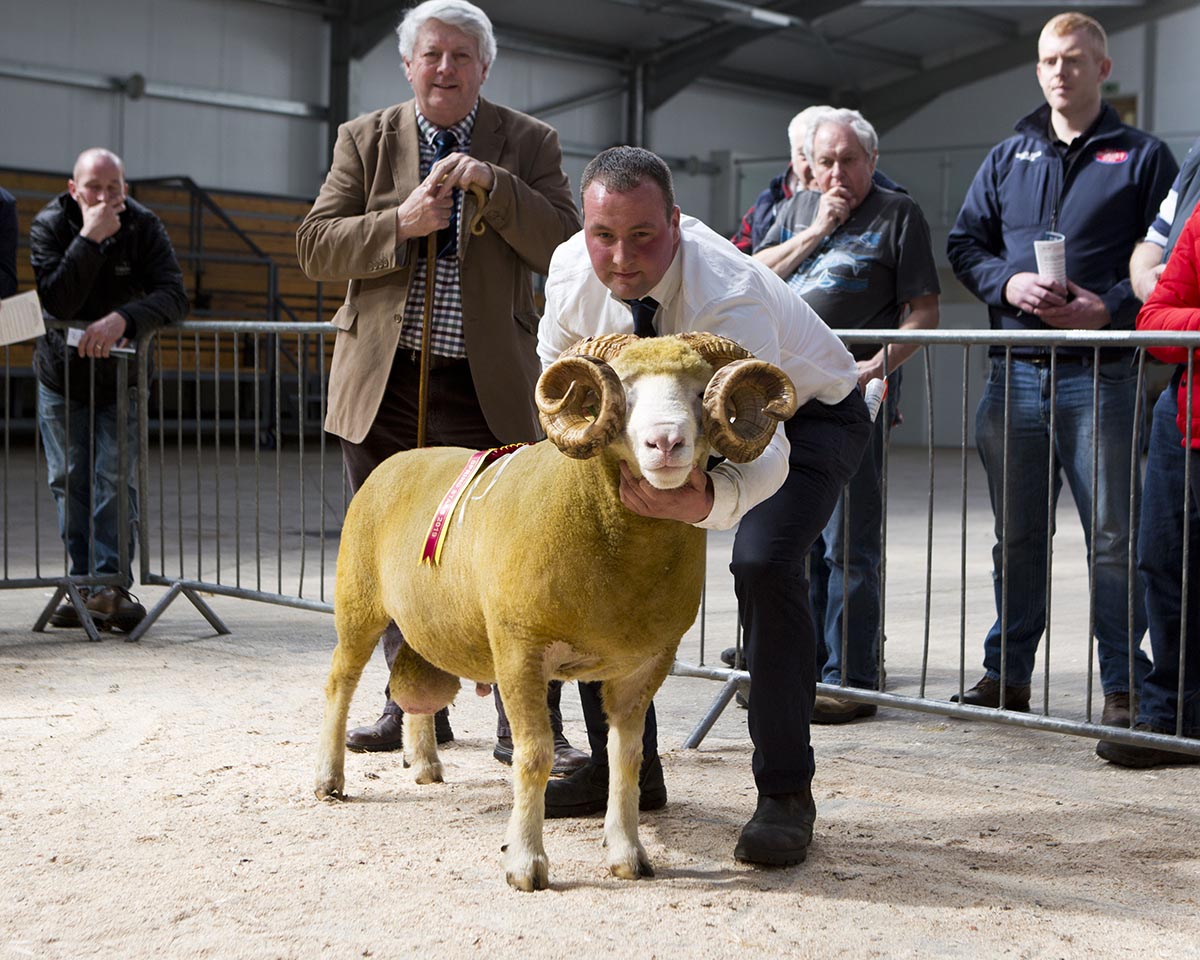 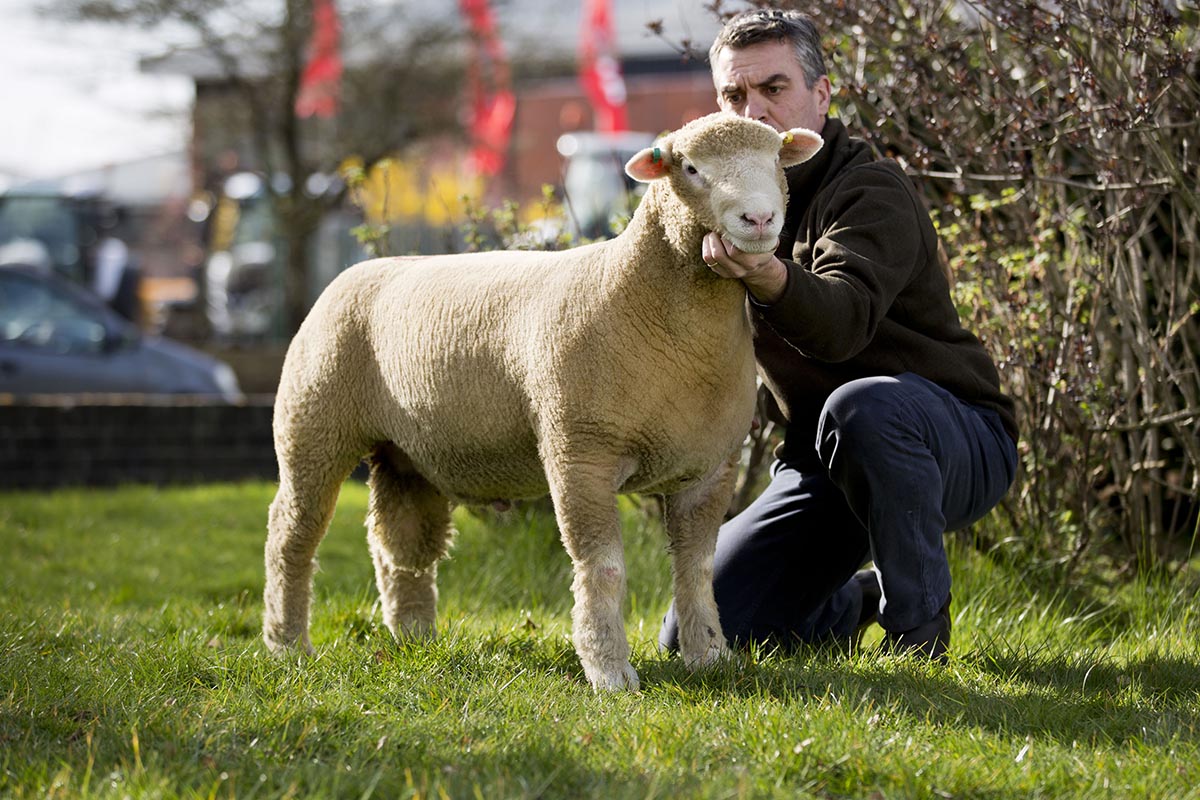