The Annual Dorset show and sale held at Carlisle on Friday 30th August saw the Male and Overall Champion achieve the top price of 1000gns. This was the ram lamb Kildowney Ben from Co Antrim based vendor Graham Cubitt. Ben was sired by Mainevalley Zoro and out of a homebred ewe by Richhill Watt and he was purchased on the day by Messrs French from Launceston, Cornwall. 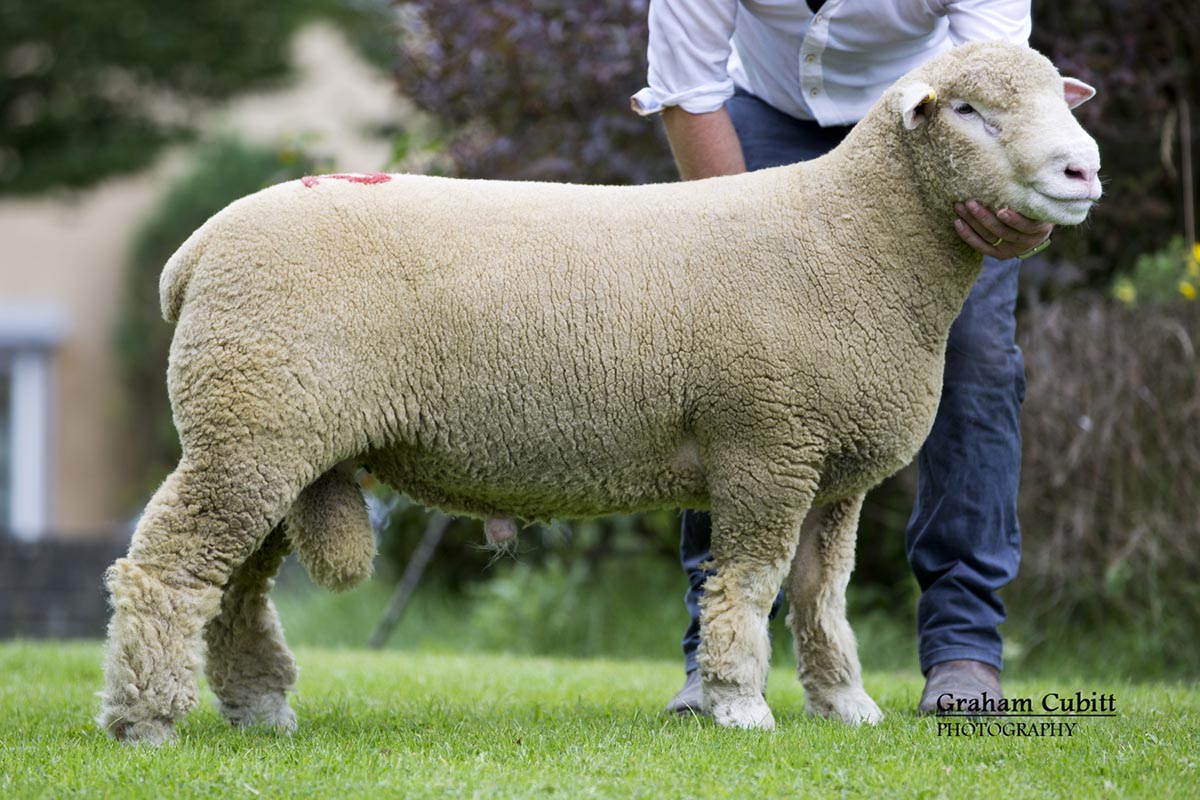 Following this at 880gns was a ram lamb from Ben Lamb. Richhill Bashful was sired by Richhill Xuberant and out of a Legoloy bred dam sired by Downkillybegs Noddy. He was purchased by Messrs Larder from Winscombe, Somerset.

Ben had a successful day when he also sold his other ram lamb for 850gns, this was Richhill Brabus sired by Oliver Tree Zlatan and out of a homebred ewe. Brabus was purchased by Messrs Reid from Abergele, Conwy.

2nd prize ram lamb was won by Thomas Wright with Ballytaggart B2168 sired by Bannside Xavi. This lamb was purchased by Messrs Walker from Newton Stewart for 800gns.

Best of the shearling rams came from Gary Hanna with his 1st prize shearling and Reserve Male Champion Richhill A01020, bred by Ben Lamb. This Sandelford Thunder sired shearling had won 1st prize ram lamb and best male at Northern Ireland National Show as a lamb and Male Champion at Balmoral Show this year. He sold for 700gns to Mrs Byrnes from Turriff, Aberdeenshire. 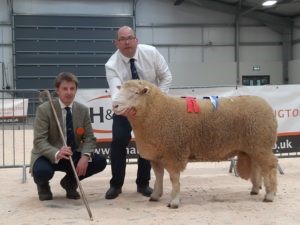 In the female section the 1st prize gimmer and Reserve Female Champion sold for 750gns to Messrs Gray from Ilkey, West Yorkshire. This was Sam Driver’s Sandy Lane A5008 who was sired by Ballytaggart Nijinsky out of a homebred dam, this gimmer had been running with Kildowney Zambezi prior to the sale.

Sam Driver’s Derbyshire based flock was also responsible for a gimmer selling at 500gns to Messrs Watson from Whitehaven. This was Sandy Lane A5262 sired by Sandy Lane Zippy and out of a homebred Ballytaggart Pete sired dam. This gimmer has also been running with Kildowney Zambezi.

Also at 500gns and best of the ewe lambs was Ben Lamb’s Richhill B1188 sired by Oliver Tree Zlatan. This lamb was purchased by Messrs McClure, Crumlin, Northern Ireland.