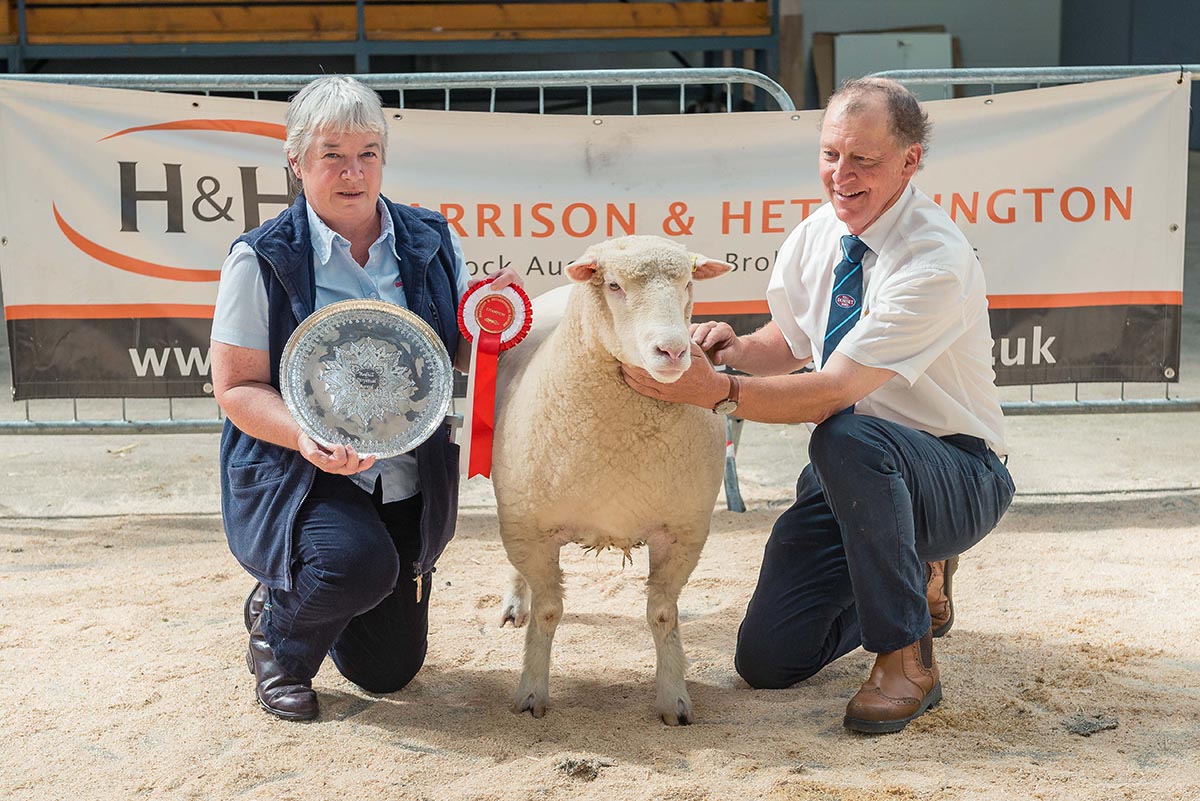 There was a new record female price set at the Dorset Society annual show and sale held at Carlisle when DW Rossiter’s shearling gimmer sold for 1200gns.

The homebred gimmer by Huish Nugget and out of a Huish Archie sired dam, won her class at the morning’s show and then went on to be Female and Overall Champion. She sold having ran with Downkillybegs Unique and went to TW Holland, Rhos Wen, Dyfed.

The next best price of the day was 1000gns for a ram lamb from Thomas Wright’s Northern Ireland based Ballytaggart flock, who have topped this sale on a few occasions. This stylish single born lamb, Ballytaggart X1528, is sired by Ballytaggart Tonka and won 3rd prize in his class earlier in the day. He was successfully purchased by A K Byrnes of New Deer, Aberdeenshire. 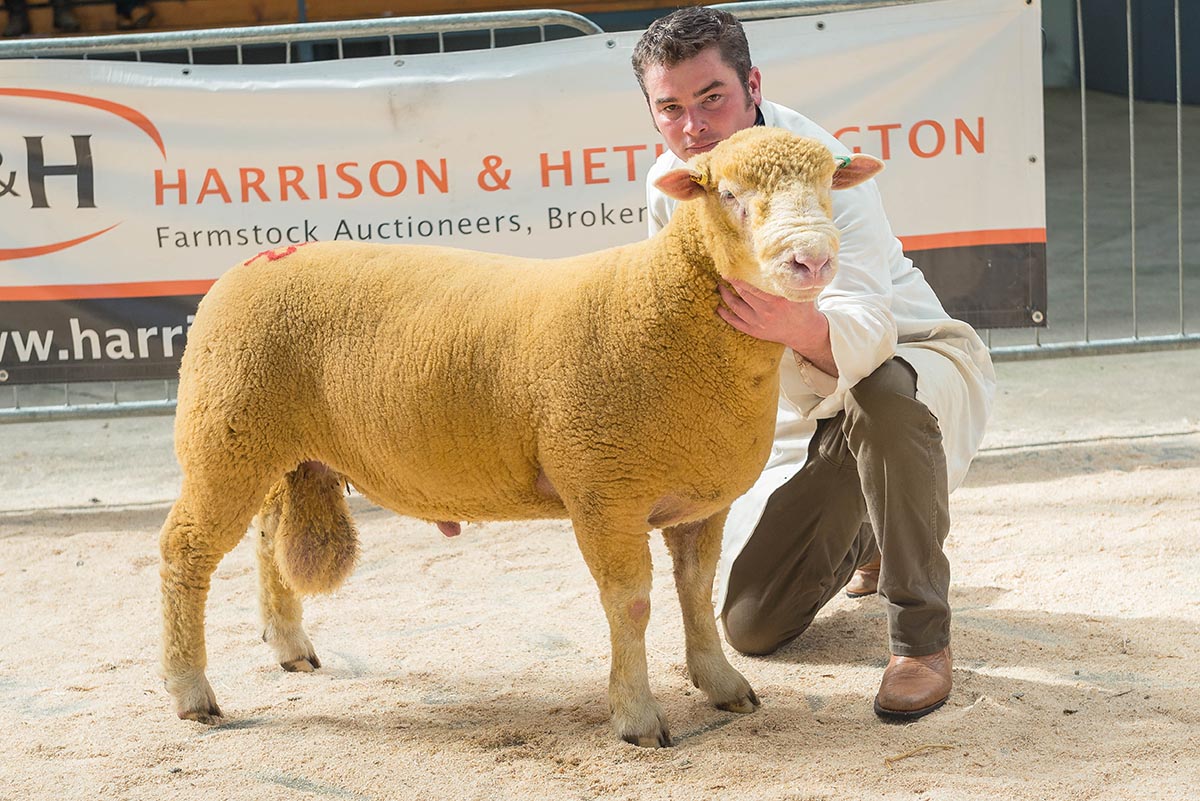 The 2nd prize winning ram lamb and reserve male champion of the sale made the next highest price in the ram classes selling for 800gns. Shown by Tom Clarke of the Manor Croft flock based near Crediton, Devon, his single entry also carries Ballytaggart bloodlines on both sides of his pedigree as he is by Ballytaggart Powerhouse and out of a Ballytaggart sired dam. This lamb sold to G Robson of Co.Antrim, N.Ireland.

The next best price for a ram was 750gns which also came from Thomas Wright’s Ballytaggart pen. The homebred lamb is sired by Ballytaggart Uppercut and out of a Downkillybegs Klondyke bred daughter, he is was heading back to Northern Ireland when he sold to Allister McNeill from Ballymena.

The females were in high demand with 880gns being paid for a ewe lamb from Graham Cubitt’s Kildowney flock. This lamb was by Pembroke Timebomb and out of a homebred Huish Napolean daughter and sold to J E & S M Gray from West Yorkshire.

Two females sold for 600gns, the first a shearling gimmer from David Rossiter’s Huish flock that was purchased by Graham Cubitt. This gimmer by Downkillybegs Strongbow and out of a High Plains bred dam line, sold having ran with Downkillybegs Unique. She won 3rd prize in her class at the morning’s pre-sale show. 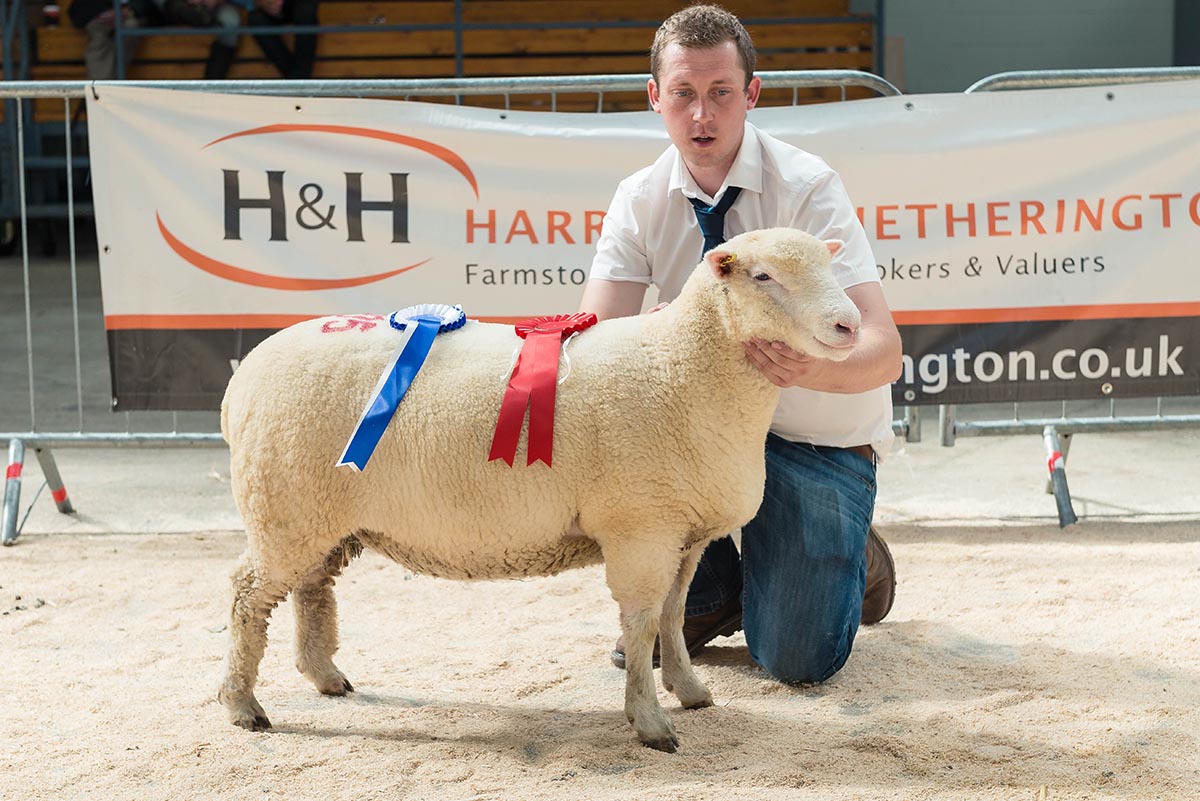 The second of the 600gn price tags was the 1st prize winning ewe lamb and Reserve Female Champion from Joe Larder’s Byeways flock. This was a daughter of Riverview Tomahawk and carries Downkillybegs and Blackhill bloodlines through her mothers pedigree. She sold to R Fitton from Lancashire. 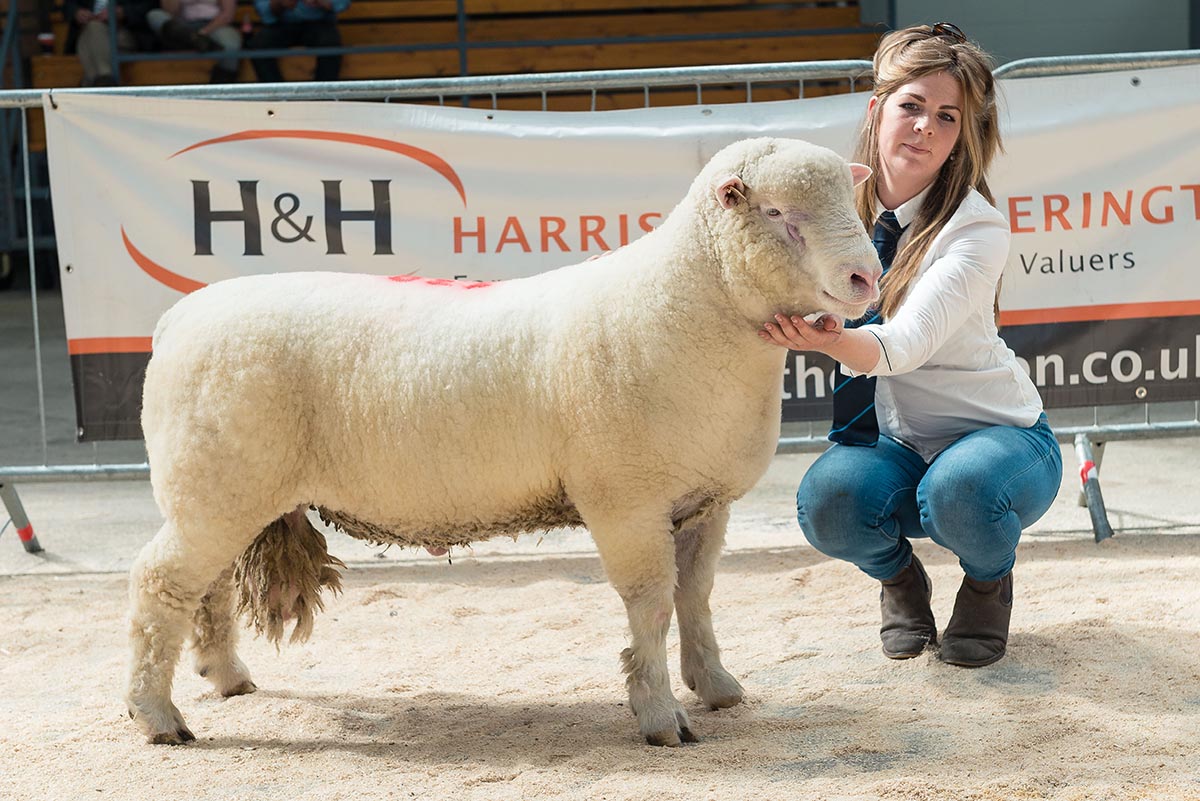 Christina Johnson with the Reserve Overall Champion and Champion Male 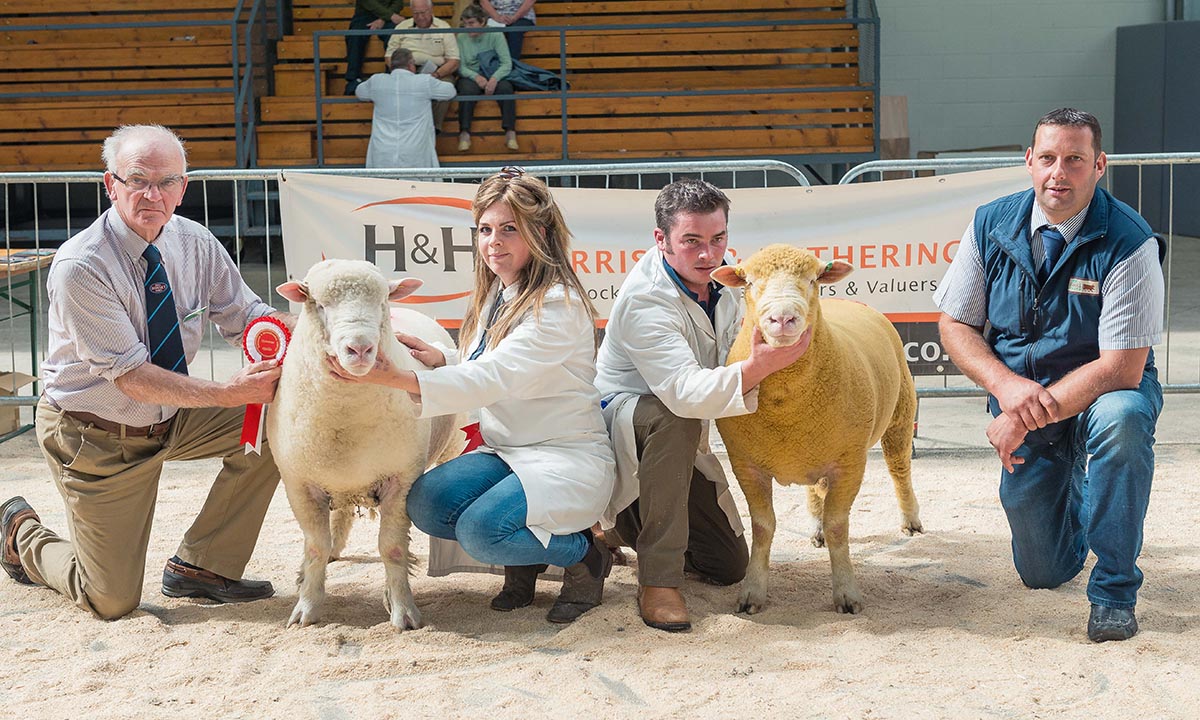 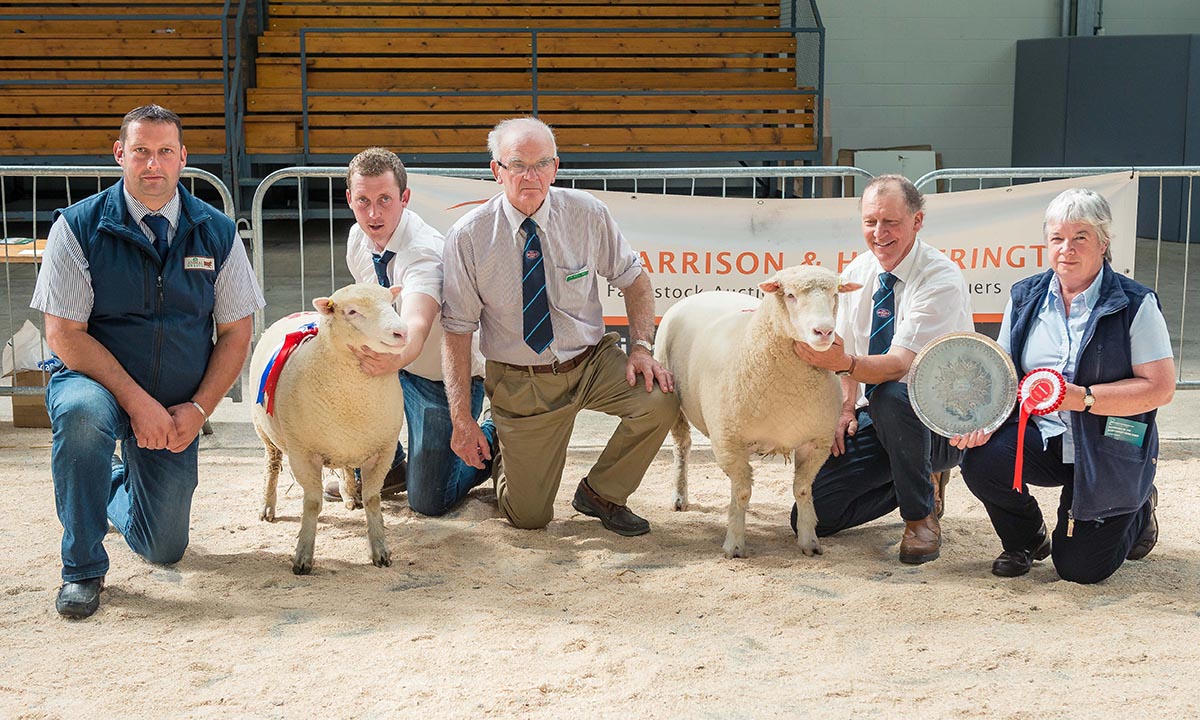