The Annual Dorset Sheep Breeder Association sale was held at Carlisle on Saturday 29th August and saw a great sale where averages were up for all sections on the year and the females stole the show topping at 1700gs. 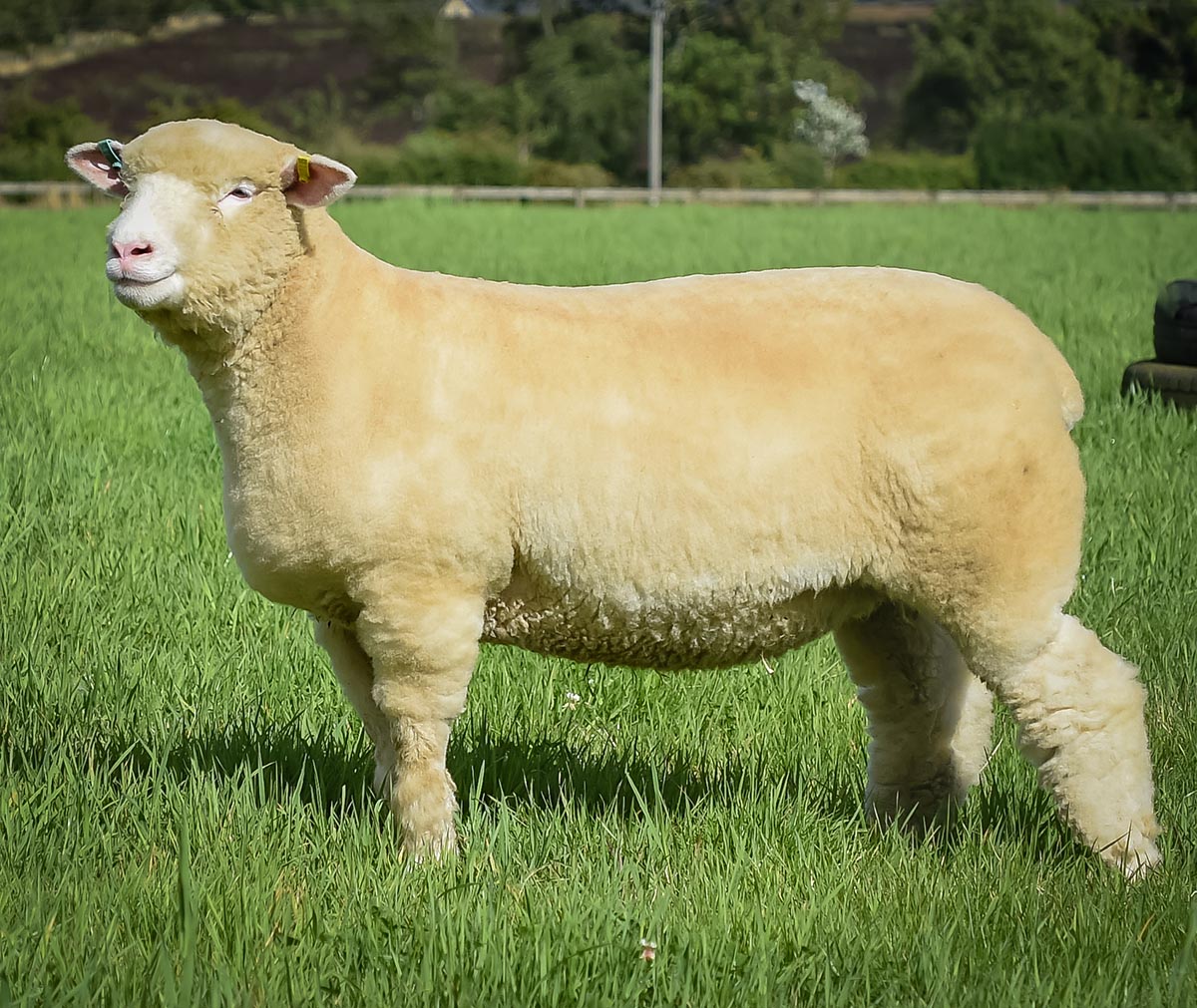 This was a ewe lamb from James Royan’s Bennachie flock sired by Ballytaggart Xtra-Special and out of a homebred ewe by Richhill Tequila. This lamb (C005) was purchased by Messrs Shenton from Ardudwy, Gwynedd.

Selling for 1100gns was a shearling gimmer consigned by Sam Driver. This gimmer, Sandy Lane B5717, was sired by Sandy Lane Xceptional, who won 3rd prize stock ram in the 2018 flock competition, and out of a Hall Lane bred ewe. She sold in lamb to Maineview Balboa and was successfully purchased by Messrs Pritchard from Pwllheli, Gwynedd.

Again at 1100gns and best of the rams was a shearling also from Sam Driver. Sandy Lane Caeser Guerini sired by Sandy Lane Arctic Monkey and out of a homebred Ballytaggart Nijinsky sired ewe. This ram was purchased by Messrs Campbell from Newton Stewart.

The first of the ram lambs into the ring sold for 1000gns. This was Stobilee Cymru from Alistair Morton’s flock, sired by Ballytaggart Buster. He was purchased by Messrs Watson from Whitehaven. Alistair also sold another lamb, Stobilee Coupen Buster, by the same sire for 900gns, this one going to Messrs Thomas from Swindon, Wiltshire. 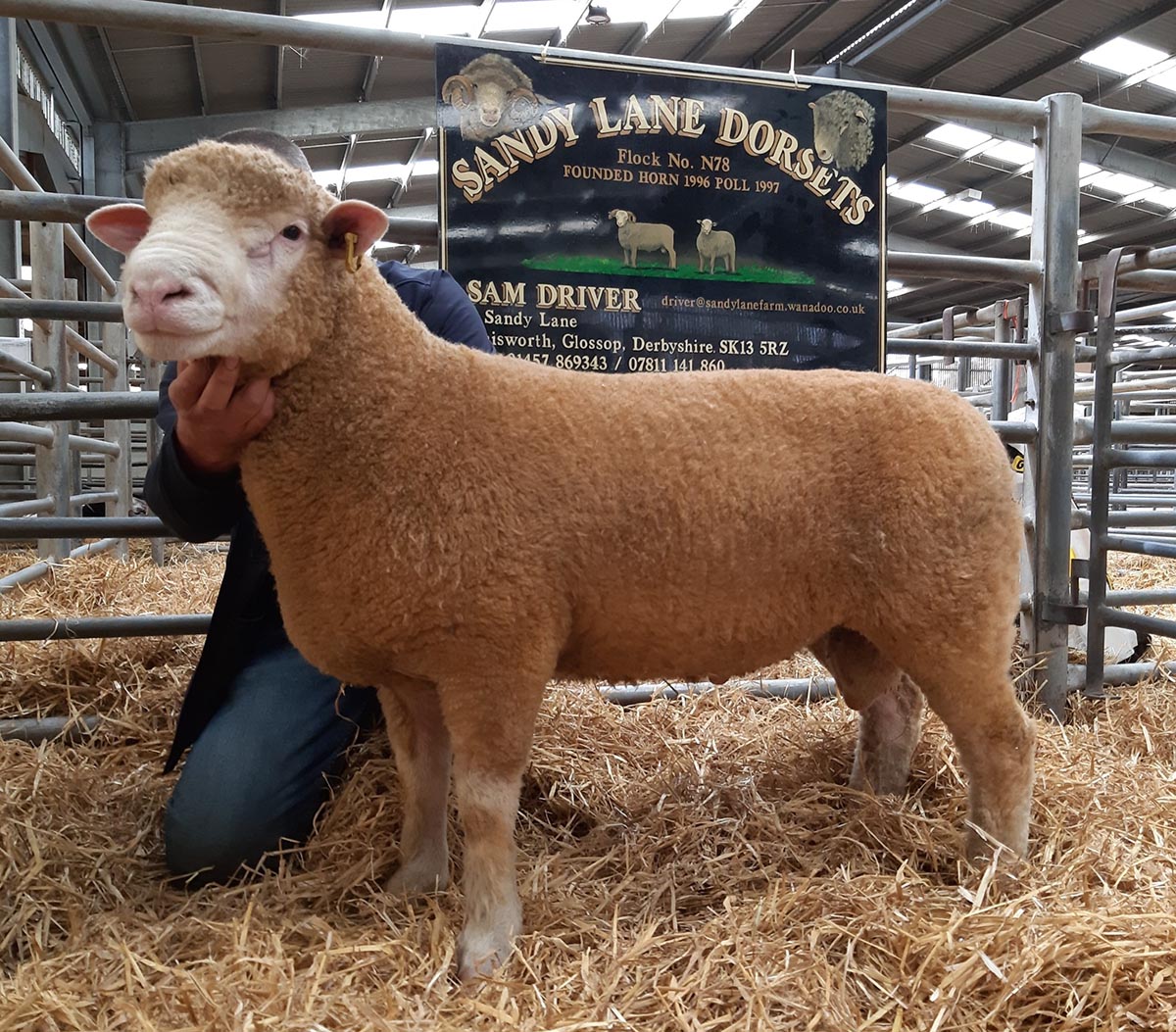 A further two shearling gimmers from Sam Driver sold for 1000gns a piece. The first of these was Sandy Lane B5733 sired by Downkillybegs W119 and scanned in lamb to Maineview Balboa, she was purchased by Messrs Cobbold from Suffolk. The second gimmer at 1000gns was Sandy Lane B5734 with the same sire and service sire as the previous lot. She was purchased by Messrs Pritchard.

Another ewe lamb from James Royan sold for 900gns, she was also sired by Ballytaggart Xtra Special and this time out of a homebred ewe by Sherborne Zodiac. The successfully bidder on this occasion was Messrs Williams from Llanaber.