With trade in general booming for the Dorset breed, the sale attracted a large entry of 209 sheep. Although quantity was plentiful this did not come at a sacrifice to quality which was in abundance with an excellent turn out of sheep from breeders across all sections. This in turn added to the continuation of demand for Dorset’s both in NI and the mainland.

The day began with the show which was welcomed by breeders as restrictions start to ease, allowing an opportunity to showcase what was on offer. Getting the job of judge for the day was local man Thomas Wright, Ballytaggart Flock, Ballymoney. Thomas is no stranger to the sale having achieved several championships and leading prices, commenting that judging the sale is something he has always wanted the opportunity to do.

Each class was keenly contested with a significant number of excellent sheep brought forward giving the judge a difficult job in deciphering between them. After careful consideration, supreme champion was awarded to lot 177 from the Mckeown family, Ashvale flock. This ewe lamb sired by Downkillybegs Cactus Jack out of a Drumlin ewe displayed excellent style, body size and confirmation later going on to top the sale at 3100gns selling to Richard Fitton, Dynamite Flock, Bolton.

Receiving reserve champion on the day was lot 9 from Richard Currie, Hilltop Flock for his September born ram lamb “Hiltop Dan”. A son of Islaharan Batman out of a homebred ewe, this lamb stood top of the ram lamb class showing excellent bone, character and correctness. He later went on to lead the male section selling for 2100gns, again travelling across the water this time to Alec Steff, Waggoners flock. 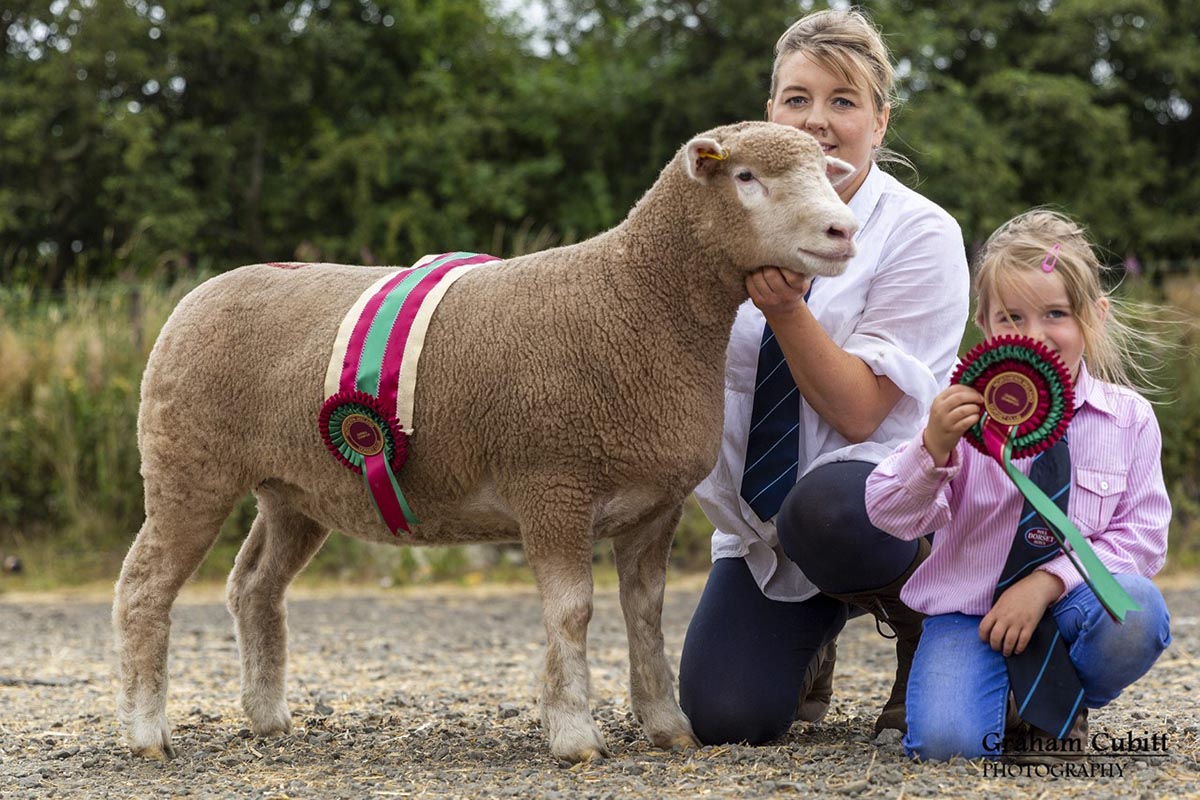 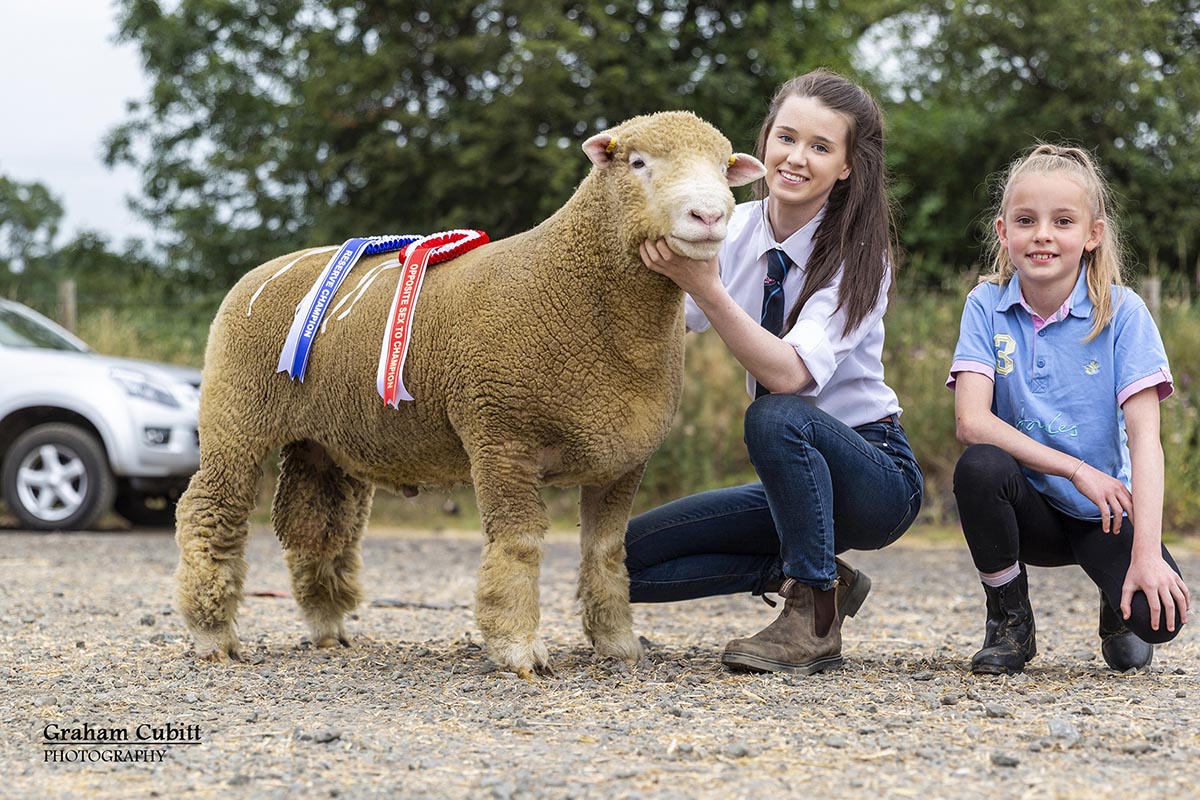 In the female section the next top price was 1700gns which was achieved twice for two ewe lambs. Lot 117 from Amy McConnell, Beechmount and lot 174 from the Mckeown family, Ashvale. Standing second in the hotly contested ewe lamb class lot 117 Beechmount D566 displayed outstanding body, length and style. Sired by Kilvaddy Bolt from a homebred ewe, she joined fellow breeder Shane Wilson to add to the Legaloy Flock.

Equally as impressive, lot 174, Ashvale D338 a twin sister to champion on the day demonstrated size and power with excellent character deservingly achieving this excellent price selling to an undisclosed buyer. Beechmount struck again in the female section with a ewe lamb, lot 115 Beechmount D570, another excellent example of the breed and a daughter of the successful show ewe “Bellatrix” being purchased by Allister McNeill, Kilvaddy Flock for 1000gns. 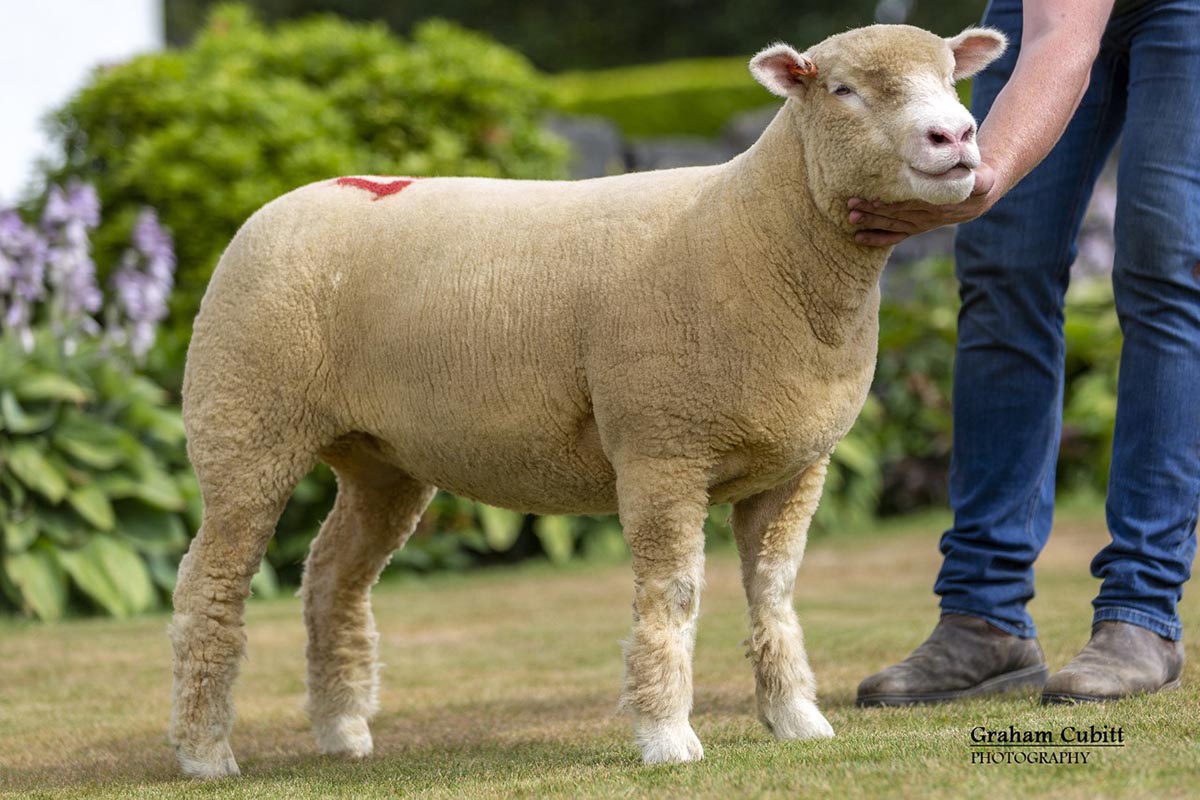 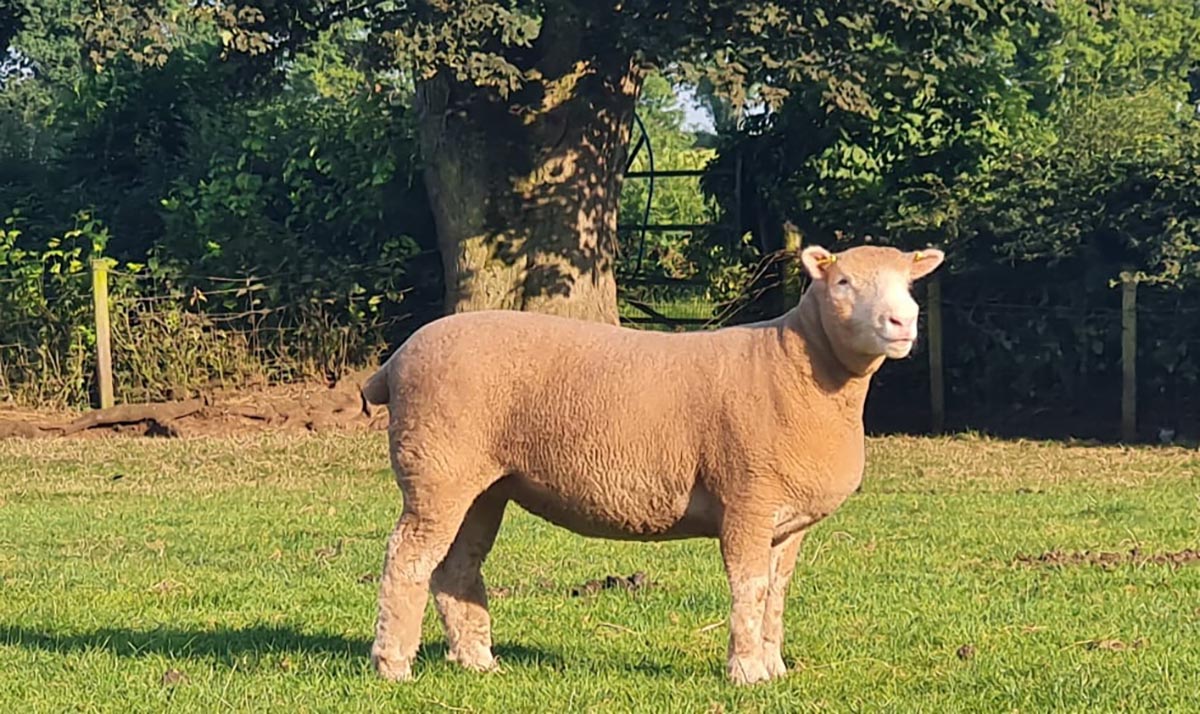 In male section, the next leading price was 1300gns, again achieved by two breeders. Lot 45 ‘Drumlin Dazzler’ from Angus Fleming showed superb width, shape and size for his age. After a flurry of bids, he was knocked down to Graham and Mary Cubitt, Kildowney Flock along with Michael and Catherine Maybin, Galgorm Flock. Matching this was lot 46 from Seamus Mullan, Islaharan,with 1st prize shearling ram “Ballytaggart Centurion” an Olivertree Archie son showing exceptional confirmation and presence, he was snapped up by William McCracken, Loughall. 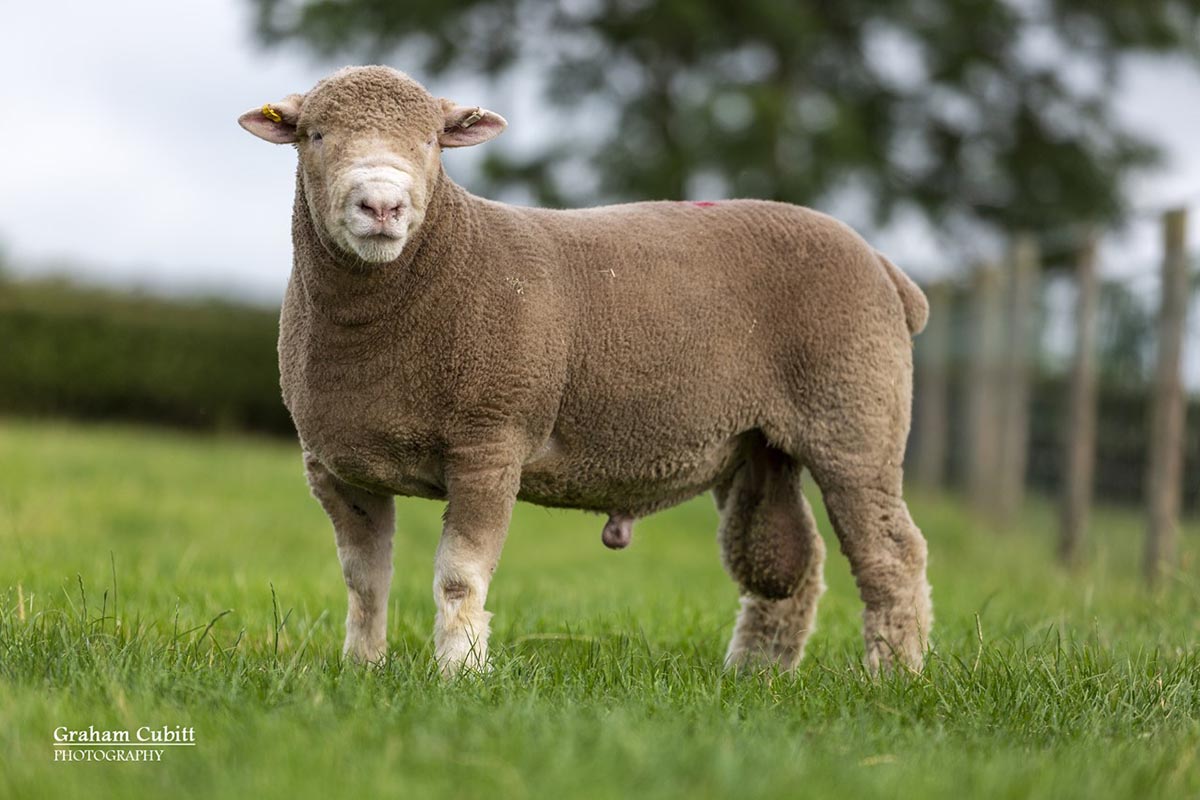 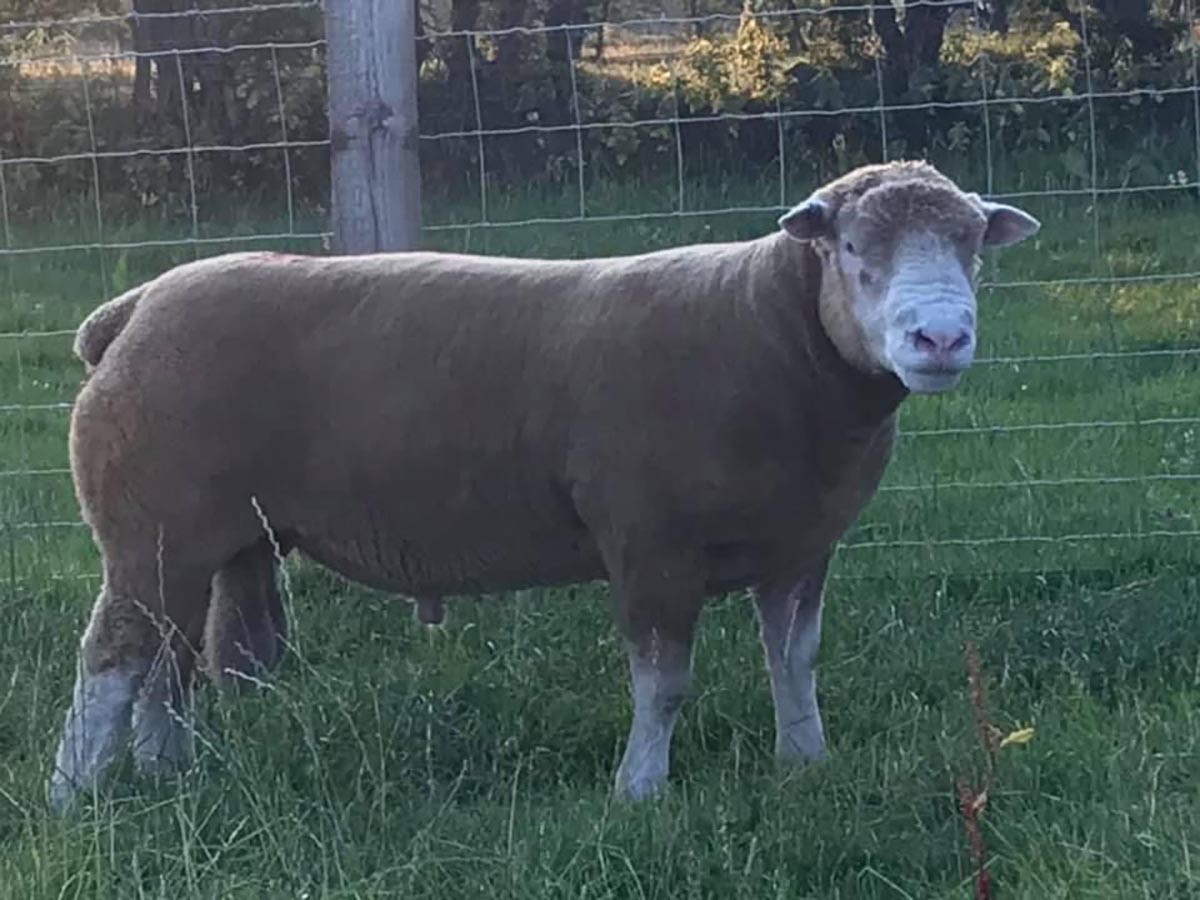 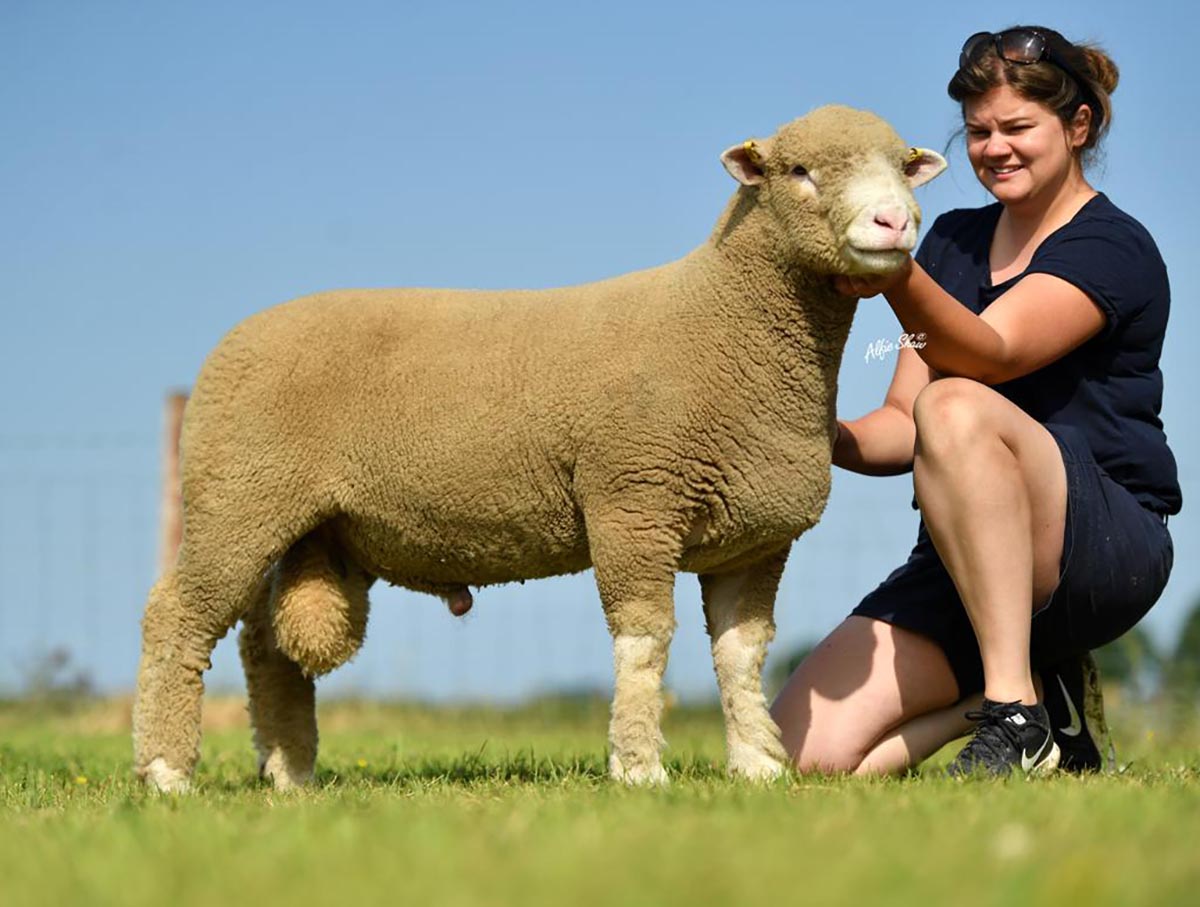 Overall, the club recorded a successful sale with strong demand for quality reflected by the prices received from buyers both here and in mainland UK, all seeking to utilise the quality Northern Irish breeders have to offer.

The club wishes to express their thanks to staff at Ballymena Market for the efficient management of the sale and to Norbrook for their continued sponsorship.