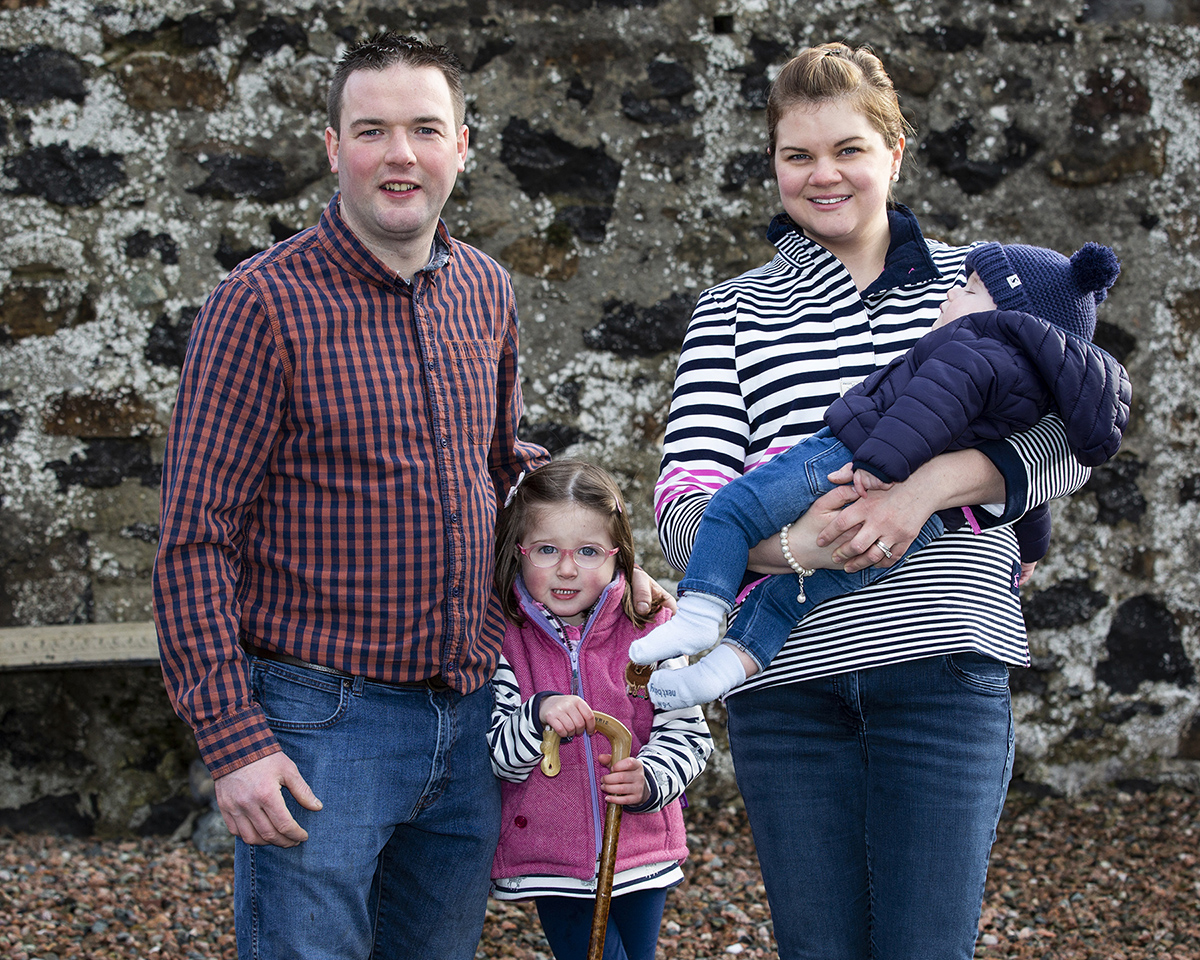 Andrew’s passion since a boy has been preparing pedigree dairy cattle for the show and sale ring.

Established in pedigree Texel breeding, he and his wife Caroline were looking for another enterprise which would dovetail with their other commitments and a flock of September lambing Dorsets is fitting the bill.

The Maineview poll Dorset flock, established in 2015 a year after the couple married, has already been making a name for itself in the sale ring, with four sheep selling to 1,000gns.

They recently took the champion and reserve female titles at the inaugural Stirling Sale held by the Scottish Dorset Club in July last year. Last year they sold two ram lambs, Maineview Batman selling to Nick Burrington from Exeter and Maineview Buster sell to Sam Driver, at the society’s May Fair in Exeter.

In 2019, the flock won the Northern Ireland Dorset flock competition and it was winner of the small flock in the UK flock contest.

A pedigree Texel flock was established at Maineview, Ballymena, in 1997 and up until 2013 the Kennedy family ran a pedigree Holstein dairy herd. The need to make large investments to continue with the dairy herd and Andrew’s big commitments to his cattle fitting business led to the herd being dispersed. 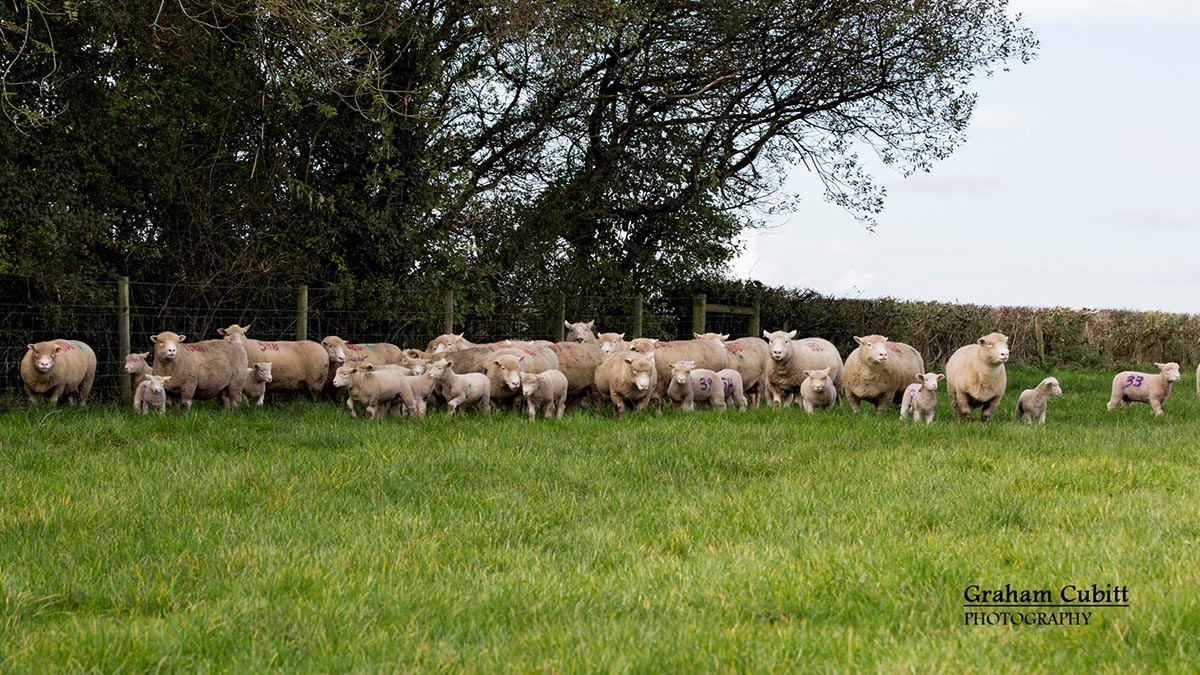 Instead, a 34,000 bird broiler unit was set up and the Dorset flock, inspired and encouraged by the success of his neighbour Dorset breeder and Northern Ireland club secretary William Carson, followed on soon afterwards.

“I go away travelling throughout Europe to clip dairy cattle and the broiler unit and the Dorset flock gave us the extra flexibility,” said Andrew who has been cattle fitting outside Northern Ireland ever since he could board a plane alone.

Keen on preparing dairy cattle from a very young age, Andrew first started working for Mark and Susan Nutsford’s Riverdane Holstein herd at Middlewhich, Cheshire. “I started to attend shows with the Nutsford Family from the age of about 11 and
fitting cattle from the age of 16 - my mother used to put me on a plane and I was picked up at the other end - and the business has grown from there. I was extremely lucky to get involved and I still fit the Riverdane cattle,” said Andrew. He added, he
had been lucky enough to fit cattle that have won every major show in the UK and North of Ireland.

Andrew travels all over Europe cattle fitting as well as the UK and Ireland. In January he was preparing for a 2,000 head sale in Donegal.

When he is away, the 90 acre all grass farm is ably looked after by his sister Sara and Caroline who also juggles working at a local precast company, Moore Concrete and looking after their children Ella, four, and Harris who will be a year old in July. This enables Andrew to get away to fit the cattle all over the country. 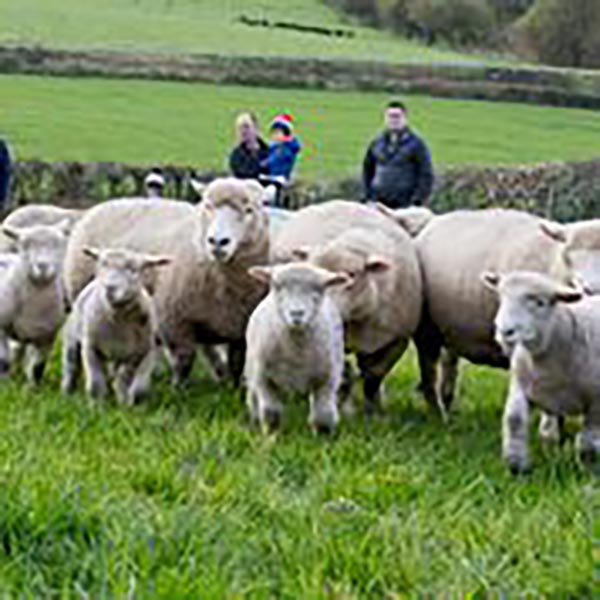 “With the dairy herd gone and fewer animals on the farm we found once we had cut our silage in September we had quite a lot of aftermaths so we thought if we had a flock of 30 Dorset ewes lambing in September that would utilise the grass,” said Andrew.

“The clipping tends to be seasonal with a big burst of work in the early part of the year and then before the summer shows so the autumn lambing was ideal to fit in to a quieter period for the farm,” he added.

The majority of the Texel breeding is through ET work and the recipient crossbred ewes start lambing in early February with up to 20 Texels lambing naturally.

“Apart from their ability to lamb out of season, what attracted us to the Dorsets was the ease of management and their hardiness.

“The farm is a really good grass growing farm but it can get wet and we had to get the cattle off the land in September to prevent poaching. The Dorsets have come into their own for grazing the aftermaths,” said Andrew. 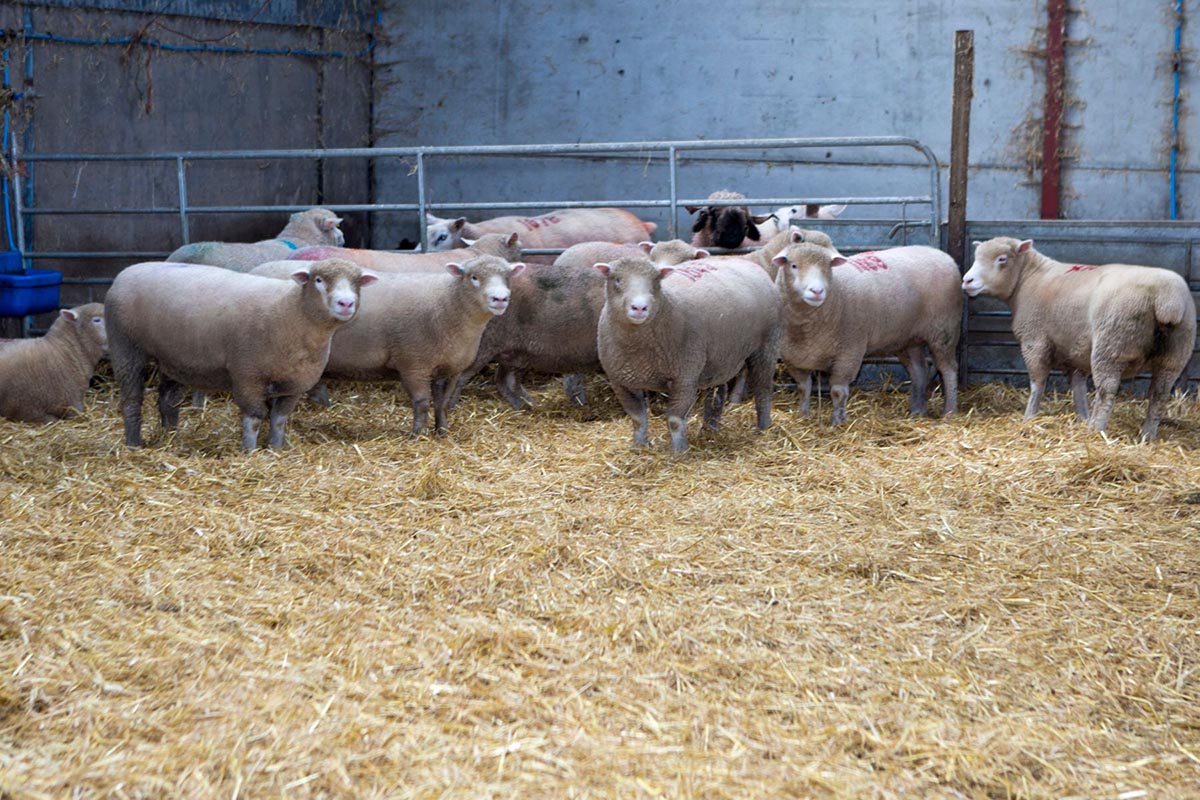 The foundation ewes for the Maineview flock were bought at the society’s annual May Fair in Exeter in 2015 from the dispersal of the Rossiz flock. Small numbers of ewes have been purchased privately from the Downkillybegs and Richhill flocks to build up flock numbers, including the top priced female at the 2016 May Fair a ewe lamb at 2,000gns from Thomas Wright.

The ewe has been flushed and one of the embryos was one of the two to make 1,000gns at UA’s inaugural Dorset society Stirling sale last year.

A further addition to the flock was the top priced ewe at 2,200gns at last year’s first Spring Stars Dorset sale in Carlisle. The fixture is aimed at breeders selling their top ewes and rams and allowing breeders to buy rams early to use in April - in the
region of a quarter of pedigree breeders chose to lamb in the autumn, historically the traditional lambing time for the breed.

The flock now numbers 20 pure bred ewes and the Kennedys plan to consolidate and breed up their numbers to 30 head - although Andrew says there is always a chance he will be tempted to buy at a sale.

While flushing and ET work are carried out extensively in the Maineview Texel flock, this will be limited in the Dorsets with only a few select females used. In 2018, Downkillybegs T800 ewe purchased from William Carson by Oliver Tree Nik Nak was flushed giving 28 embryos, four of these rams selling to pedigree flocks and a further five siblings will join the flock the year, all genotype ARR-ARR.

“In the breeding of the flock I’m very conscious of not losing all the traditional characteristics the breed is known for - the maternal traits of lambing ease and milkiness - rather than going all-out for extreme conformation,” said Andrew.

“We want to breed a tight skinned sheep that will grow fast and, because we have a smaller flock, we like fancier ewes with Dorset flair. We want to create more value and last year we sold surplus ewe lambs to average £460, which was double commercial values,” he added.

Two ram lambs will be entered for the Spring Stars sale - one sired by stock ram Ballytaggart Aftershock and the other sired by Maineview Armani. 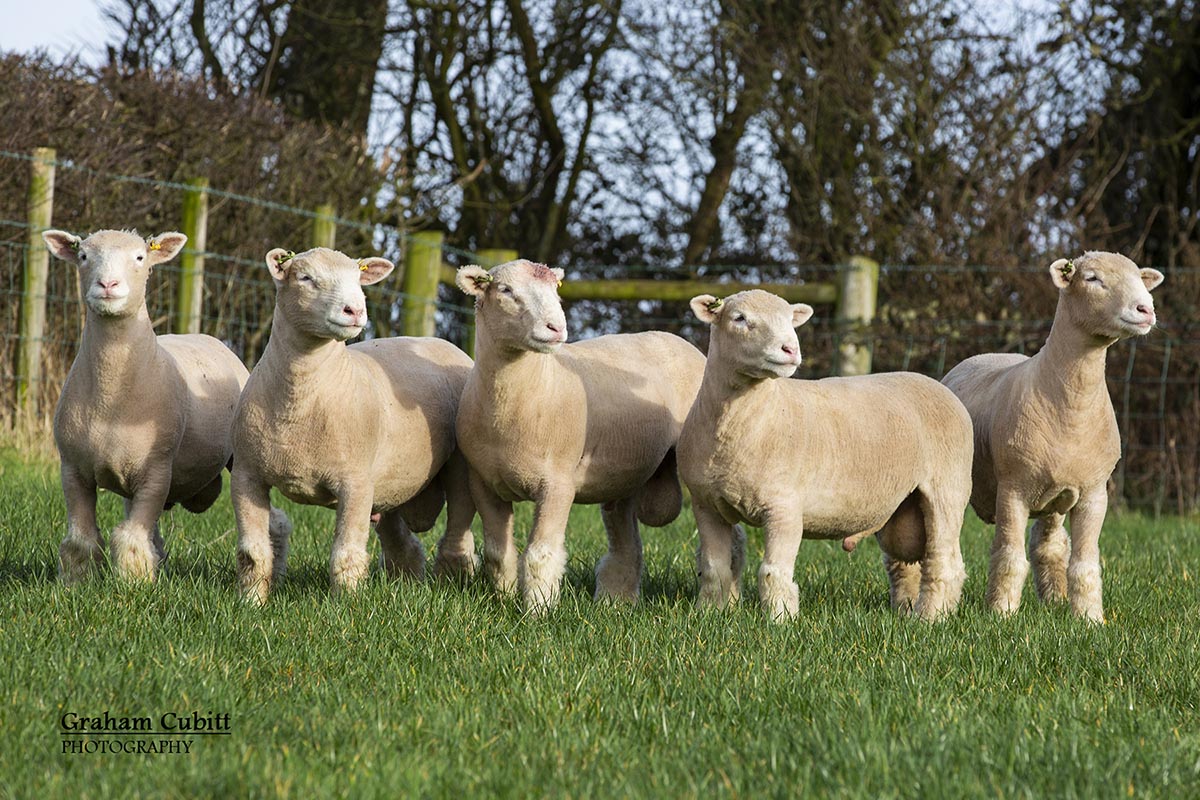 The Dorset breed has an established following in Northern Ireland with a strong social element to the club which Andrew & family enjoy. Andrew believes the breed has a good future in the UK and further afield and he is keen to promote the Dorset Breed. At the Stirling sale he and fellow NI breeders Ben Lamb, William Carson and Thomas Wright entered a total of 22 between them.

“I will also be at the Stirling sale this year. It was a bit nerve-wracking last year as our baby was due. The sale was on June 30 and Harris was born five days later,” said Andrew.

The pedigree Dorset ewes are AI’d in April for ease of management and they lamb inside in mid-September and are fed for a month to six weeks to boost colostrum and milk production.

Ewes are turned out when the lambs are two or three days old. The lambs are creep fed from eight weeks of age.

Andrew says the ewes are good mothers and they are able to maintain condition, so he intends to keep them tightly stocked.

The lambs are weaned by the 20th December when Andrew is at home and potential breeding sheep are selected. Any lambs which aren’t correct are finished. Three lambs sold through the ring at Ballymena early this year made £99 a head at 28kg deadweight. Other lambs have classified R3 and U3 at 22.5kg deadweight when sold on the hook.

Crossbred Dorsets are also among the Mule ewes and Suffolk Cheviots crosses which make up the 120 Texel recipient flock which lambs in early February.