A Family Run Business in Northamptonshire 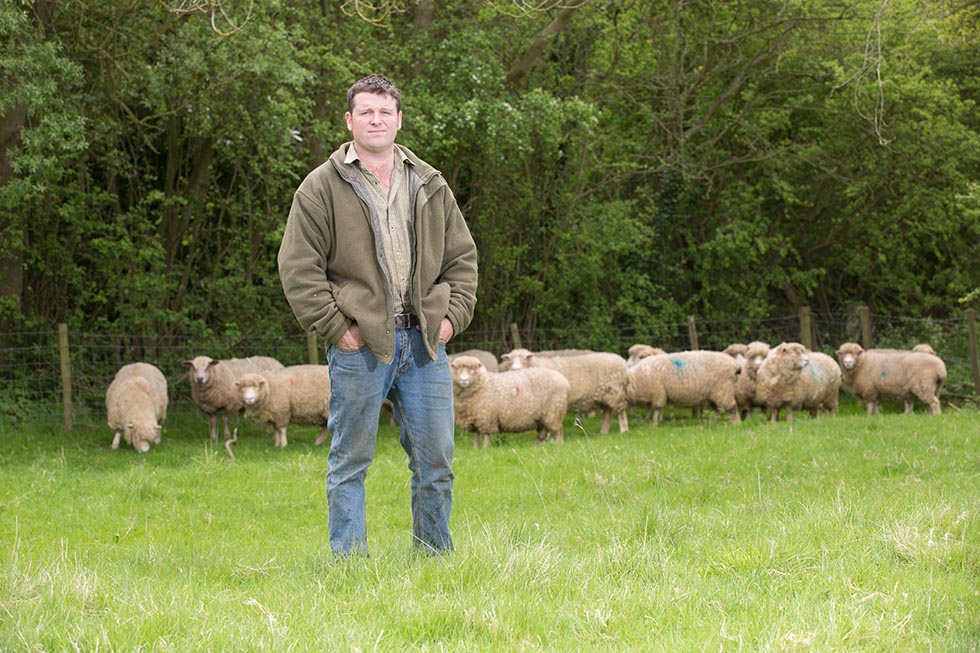 Traditional breeds of sheep and cattle have to pay their way for farmer-butchers, father and son Roger and Tom Elliott on 1,000 principally rented acres in Northamptonshire.

The Elliotts run 200 suckler cows and lamb 1,200 ewes, supplying low-input, mainly grass-fed beef and lamb for their two Elliott’s Butchers’ shops - the family business dating back more than 100 years. Maintaining a traditional, family-run business has been key to its success.

They own 50 acres and rent the remainder of the grazing ground either on an annual or summer agreement, which includes three farms, within a five mile radius of The Homestead, Kislingbury, Northampton.

“All the livestock is extensively run and farmed. We don’t grow any cereals and we try to minimise the feed we buy in,” said Tom. “We claim no Single Farm Payment on the rented ground so everything has to look after itself. We don’t carry any passengers.” 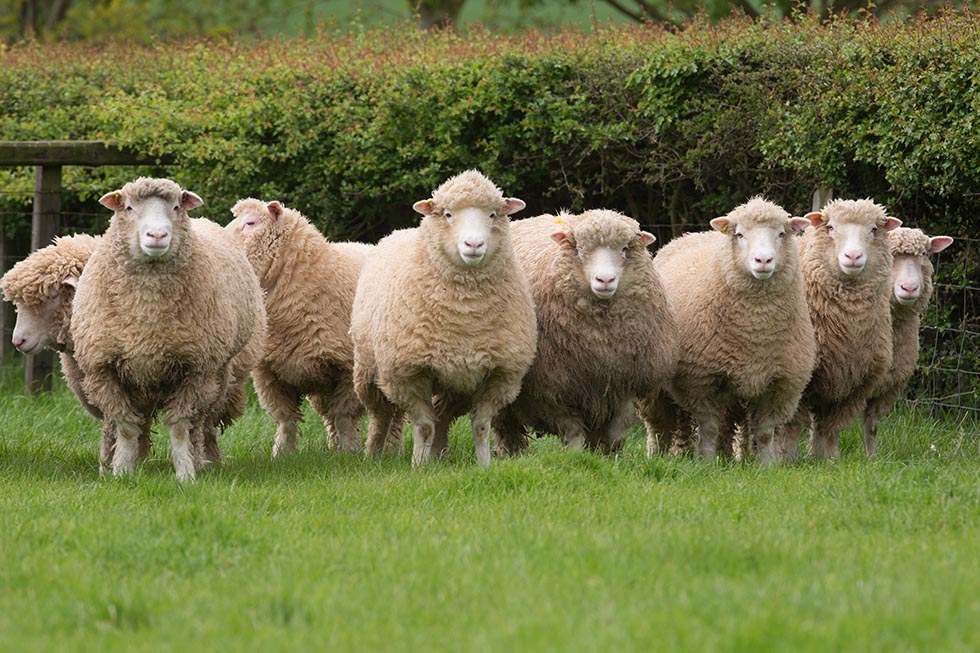 Poll Dorsets have been a favourite with the family for more than 25 years. Tom and his sister Ann were keen to get involved with the sheep when they were younger and the docile breed was ideal for them to handle.

They fit in well to the livestock system which is run on commercial lines with minimal inputs of feed and labour.

“As well as being docile, they are easy to lamb, are a meaty breed with the right level of fat cover and they are good con-verters of grass,” said Tom who runs the livestock enterprise with his father – a trained butcher - and no extra staff.

The early lambing portion of the Dorset flock of 50 ewes bred pure are lambed in November which are run around the cattle ground.

The lambs get no creep feed and the intention is to keep ewe lambs as flock replacements so they aren’t pushed too hard.

Ewe lambs are separated from the ram lambs and all that are not kept for breeding are finished by Easter.

The early wether lambs this year were weighing 23-24kg deadweight grading R and U and 3L and 3H. The aim is not to produce too muscly or shaley a lamb but one which is easy fleshing off grass. 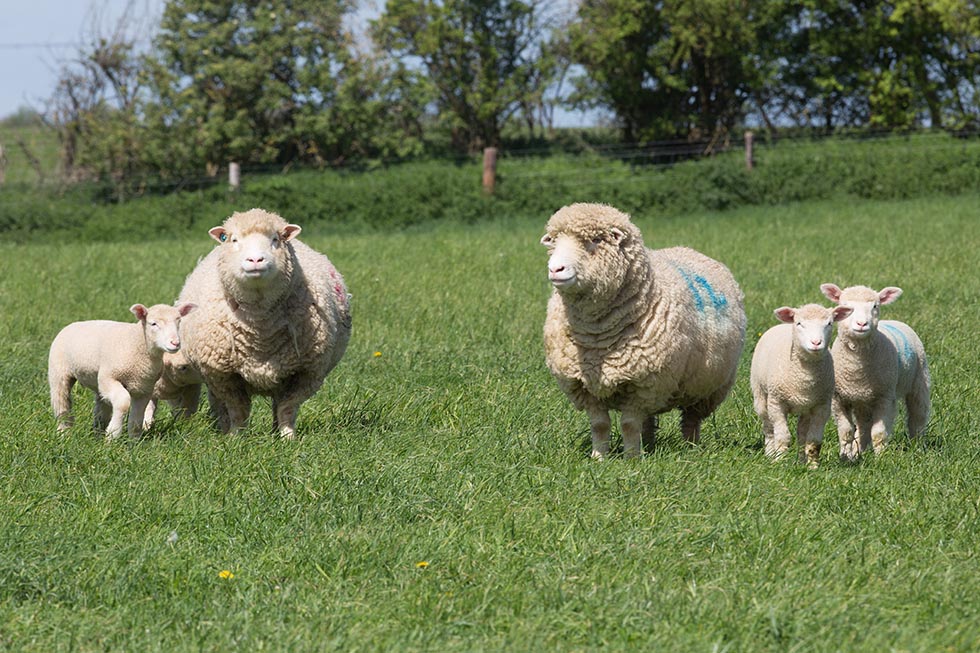 The later lambing group of Dorset ewes are crossed with the Berrichon to lamb from March 20.

The ewes are fed some supplemen-tary feed and minerals for a fortnight before lambing and the crossbred finishing lambs are finished off grass.

Both groups are lambed over an 18-21 day period with the later lambing ewes and lambs having access to buildings.

The flock is not scanned, but lambing percentages run at up to 170 and lamb mortality is good.

All the lambs are finished, either for the butchers’ shops or deadweight to Randall Parker Wales through a local collection centre. The early 2015 Ber-richon cross lambs were finishing at 18-20kg deadweight and grading U. 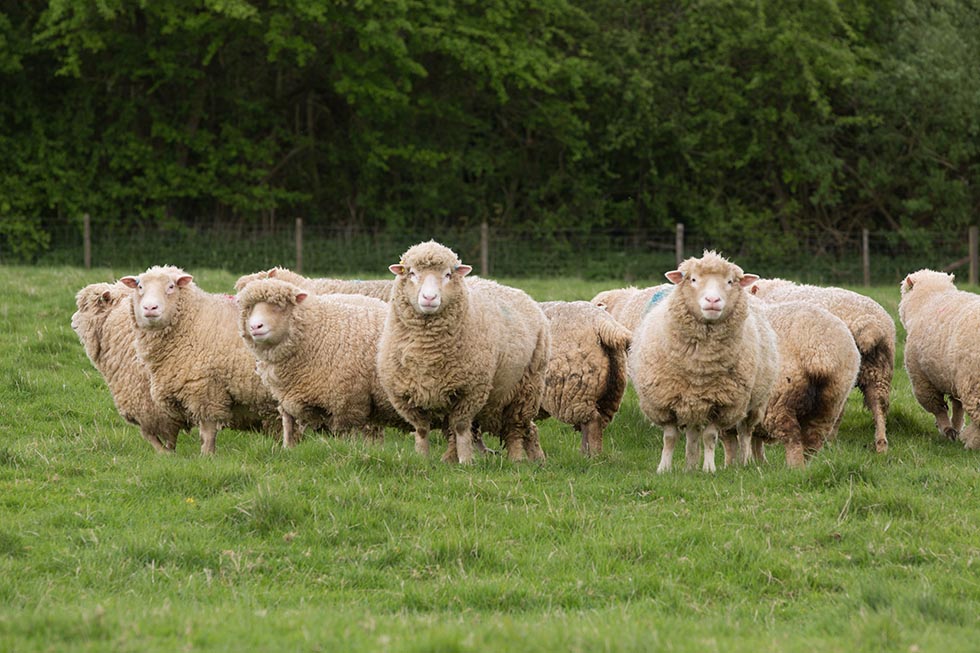 The Elliotts are increasing the number of Dorsets to 150 to go to the ram this year - the largest number they have had.

Most of the sheep lamb outside and the majority of the cattle calve outdoors - and they are grass fed. "We believe grass-fed lambs and cattle produce better quality meat – it eats well and has a good taste.

It is a real quality product.

“We run our sheep enterprise on the expectation of lambs being a pretty low price and, then hopefully, if the price is good we can make some money on them”.

The sheep give a good, consistent supply of lamb over seven months of the year for the butchers shops and for deadweight sales which helps with cash flow and produces a better average price.

Sheep numbers have been built up to include 150 Dorsets, 300 pure New Zealand Romneys which graze the poorer ground, 200 Clun Forests graze the better ground and Aberfield rams are being used to breed commercial flock replacements which make up the rest of the 1,200 ewes to minimise disease risk and save the cost of buying in sheep.

The suckler cows are also traditional breeds - South Devon and Beef Shorthorn. The best of the pedigrees are bred pure while Saler Bulls are used on the heifers and the Simmental is used on the remainder of the cows.

All are calved away from home from the beginning of March and when the weather allows they are calved outside. The cows are fed hay and are kept in as lean a condition as possible to avoid calving difficulties.

Steer calves are sold at seven to eight months old. Heifers are either kept as replacements with some sold for breeding and the remainder finished and put through the farm shops.

The butcher’s shop in Kislingbury opened 100 years ago and Roger, the third generation of the family, took over the business 30 years ago, opening a second shop in Towcester 20 years ago, which now incorporates a delicatessen producing a huge range of foods from its own kitchen as well as from other local suppliers.

Pork and free range chicken is sourced from local suppliers. Elliotts dry cure their own bacon and make an extensive range of sausages and burgers.

The two shops employ five full time butchers as well as part time staff with the kitchen and delicatessen sides amplifying another six people full and part time.
Tom’s sister, Ann Hull with her husband Edward continues to be committed to the Dorset, running a pure bred autumn lambing flock of 150 ewes in Essex alongside suckler cows.