The first dedicated sale of Dorset Sheep on Scottish soil was held at United Auctions, Stirling, on behalf of the Scottish Dorset Breeders’ Club on Wednesday 3rd July 2019.

The sale attracted vendors from both Northern Ireland and England as well as Scotland. 66 sheep in total were brought forward for sale, 19 male and 47 female.

The pre-sale show was kindly judged by Mr Sam Driver of the Sandy Lane flock who are current flock champions. 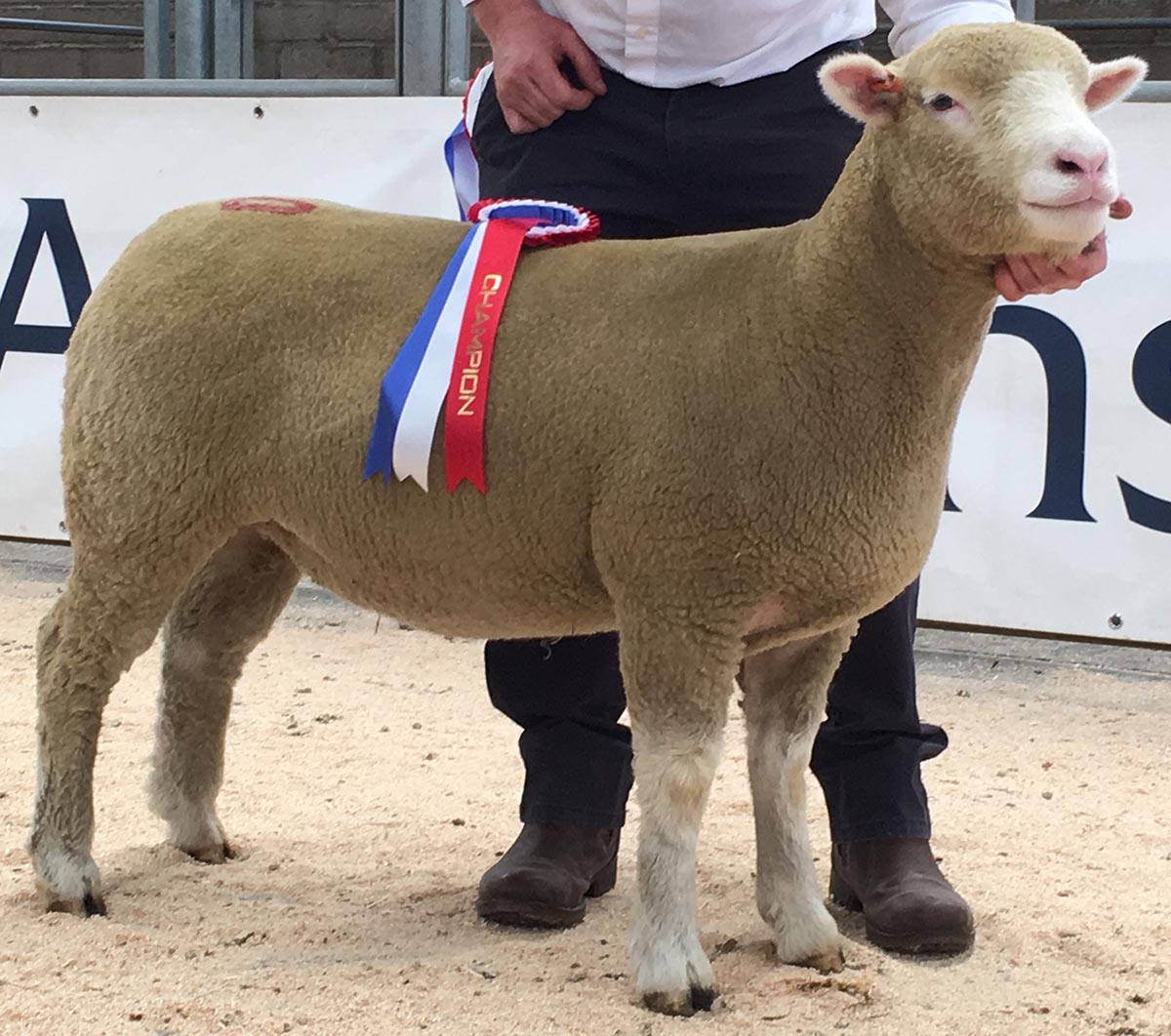 The Female Champion and Overall Champion was presented to a ewe lamb, brought over from Ballymena, Northern Ireland by Andrew and Caroline Kennedy. This September born ewe lamb, Maineview B0992 was sired by Ballytaggart Aftershock and was out of a Downkillybegs ewe. This exceptional ewe lamb went on to make a joint top sale price of 1000 gns and sold to Mr Richard Fitton of the Dynamite flock, Bolton, Lancashire.