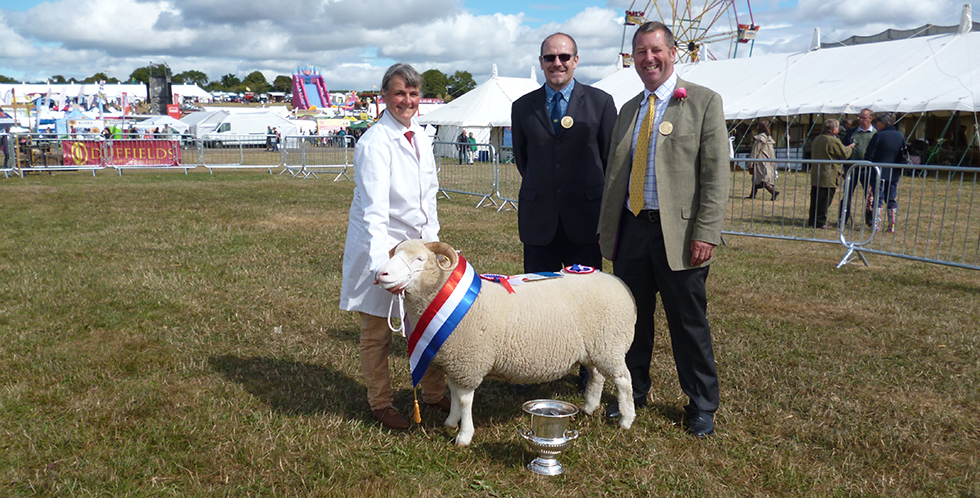 Many of you will know Nicky Jesse for her expert preparation, showing and trimming skills. Nicky established the Tucker & Jesse flock, in partnership with her father in 1991. Nicky is also renowned for helping and teaching so many people how to trim and prepare their sheep for showing – all in the interest and to the benefit of the breed.

Nicky took on the job as shepherd to the Stanbridge Mill flock of Dorset Horns in 2008. The Flock has always been well placed at shows and have taken a number of breed championships and were 4th in the Small Flock section of the Society National Flock competition in 2012 and Nicky also won the prize for the best shepherded flock. 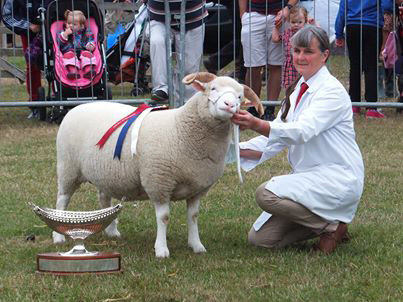 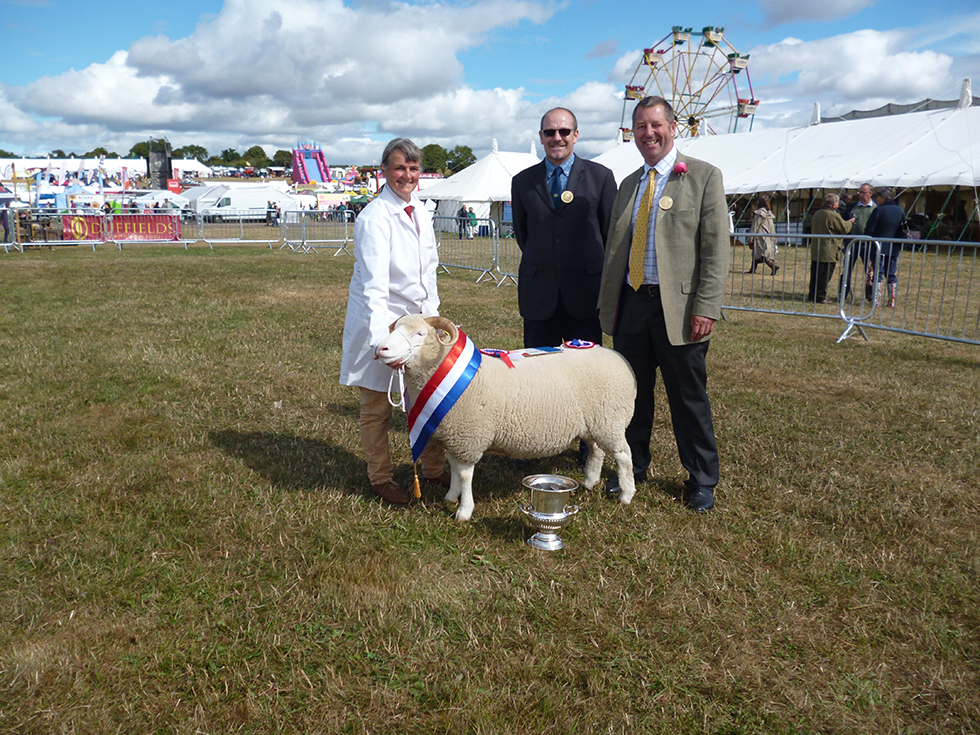 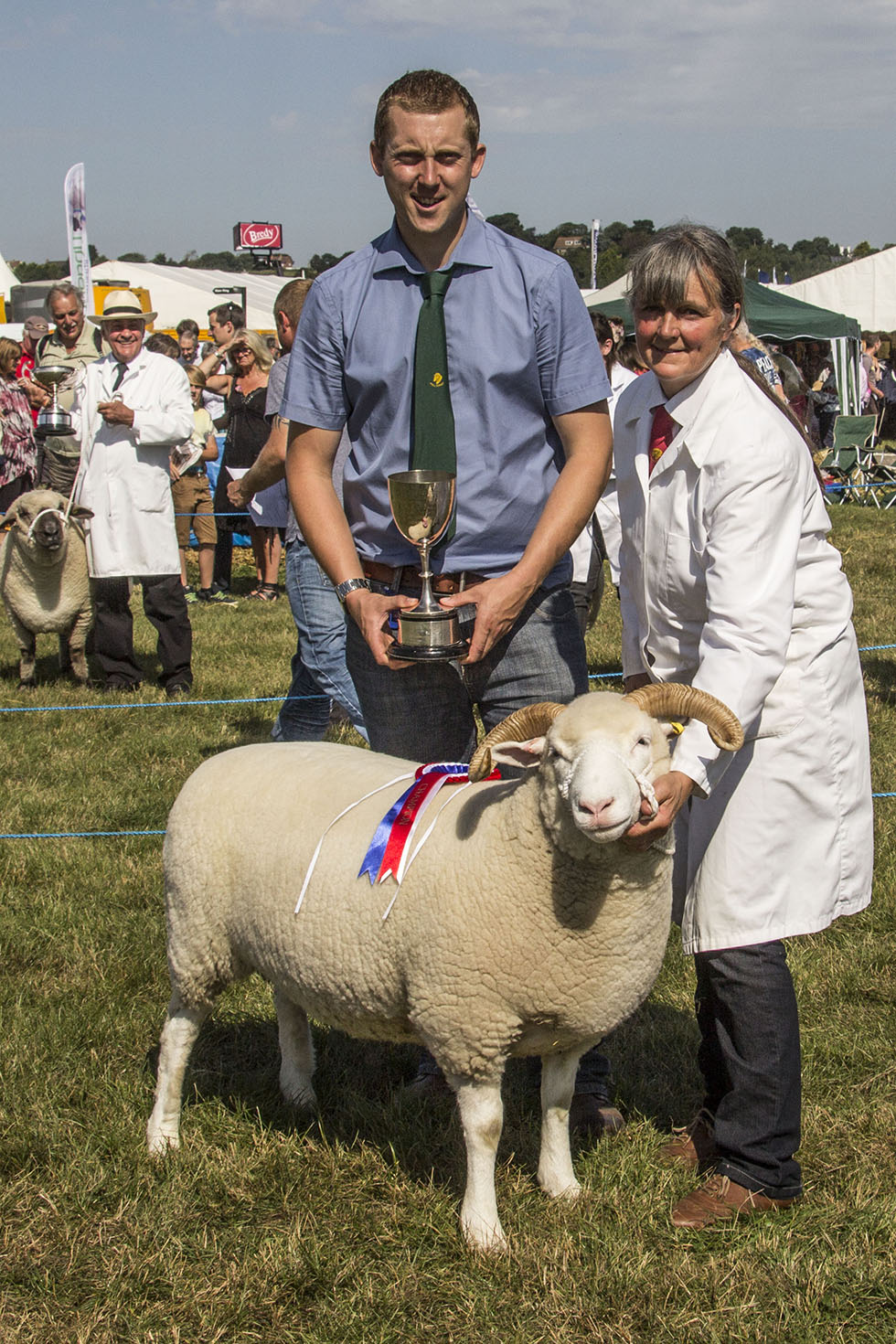 and all these with the same Dorset Horn shearling ewe – what an achievement.

Winners in the Small Flock section of the Society 2013 National Flock Competition.

Also at the Dorset County Show 2013, Nicky’s grandson, Arthur, who is now the youngest member of the breed society at 2 ½ , won the L J Mayo trophy for the “Best effort and Endeavour” in the young handler classes with his pet lamb “Twinkle”. 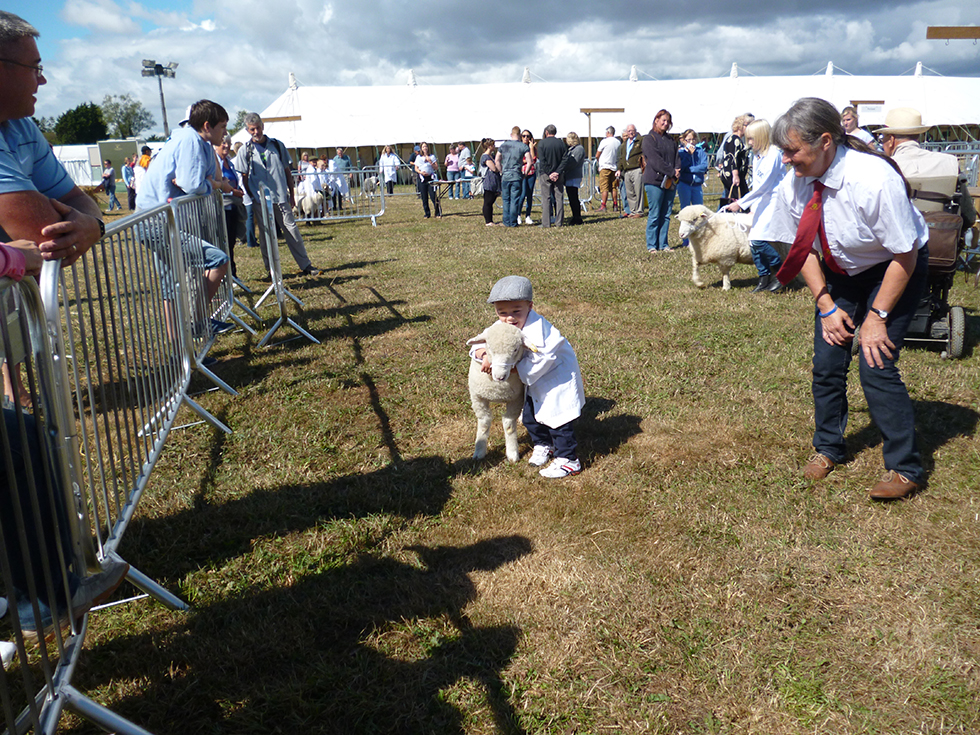 Many congratulations to Nicky and a big thank you for promoting the breed.