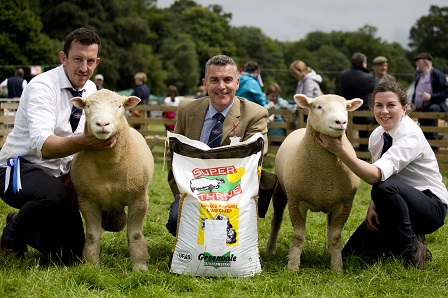 Dorset Breed out in Force at Antrim Show 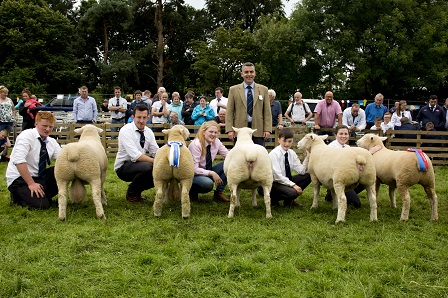 The annual Randox Antrim Show held on Saturday 22nd July in the wonderful grounds of Shane’s Castle, attracted a large entry of Dorset sheep. This was an eagerly awaited event, presenting an opportunity for Breeders to display their Dorset sheep in this the N.I. Dorset Club National Show Classes, kindly sponsored by Greenvale Feeds, represented by Mr Sammy Anderson of Cullybackey.

The N.I. Dorset Club was most fortunate in having secured the services of Mr James Royan as Judge for this prestigious occasion. James runs his own Bennachie Flock in Berwickshire, Scotland and was very aware of the quality of animals he would be judging, given the reputation the NI breeders have been gaining at the National May Fair Sale held in Exeter each year.

With the Dorset Breed Classes having been well represented and keenly contested at this year’s Balmoral and County shows, the Antrim Show event was always going to be well attended by breeders from across Northern Ireland. The culmination of another season’s work and efforts, resulted in very strong entries being brought forward to compete for success in all Classes. Indeed the Ewe Lamb Class offered the Scottish Judge a mighty challenge having 26 top class animals to contend with. There were 7 different categories in competition which attracted in excess of over 60 quality animals, with each being turned out to perfection on what can only be described as a perfect day on the weather front. It was very apparent that both the exhibitors and onlookers enjoyed this fine spectacle and all were hugely impressed with the quality of Dorset sheep brought forward for show. 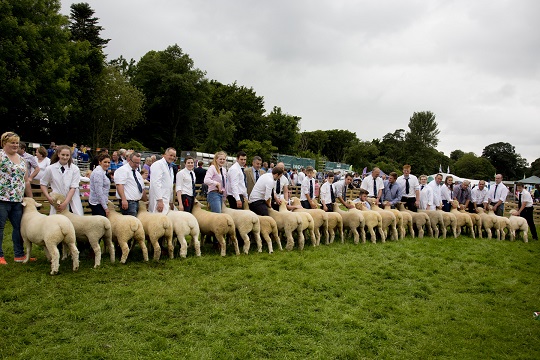 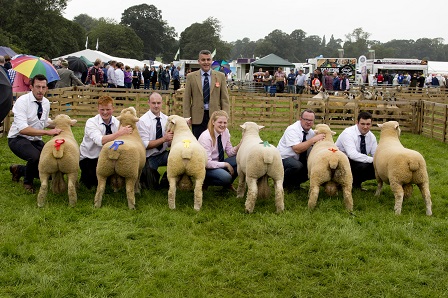 Great credit is due to all who exhibited on the day and to the Judge Mr James Royan, who it was felt had the most difficult job in determining the results of each Class. The final task was of course to select the Champion Dorset from all red rosette Class winners, and after long and considered deliberation this was awarded to a wonderful Ewe lamb displaying all the characteristics of the Breed, coming forward from Miss Amy & Mr B McConnell’s Beechmount Flock.

Reserve Champion was found in the Ram lamb class, being a perfectly formed specimen owned and presented by Mr Ben Lamb of the Richhill Flock.

The N.I. Dorset Club would wish to thank the Officers and Committee of Antrim Agricultural Society for their organisation of the Show on the day. This was a wonderful opportunity to allow the Club a shop window to display their wares to the visitors who came from all walks of life, and promote the qualities of the Breed. There is certainly evidence of a marked increase in the number of Breeders registering membership with the Dorset Society.