Dorset’s continue to flourish at Omagh

The Northern Ireland Dorset Horn and Poll Breeders Club annual Omagh show and sale took place on Friday 13th August 2021. This year, the event kindly sponsored by Top Flock saw a change in venue to Beattie’s Pedigree Centre, Gortin. The event attracted a solid entry of 88 quality lots from breeders throughout the country, providing buyers with an excellent selection opportunity.

The show classes took place in the earlier part of the evening with judge for the day being left in the capable hands of Mr Richard Currie, Hilltop Flock, Ballymena. All classes were keenly contested with a strong turnout of sheep across the show.

Champion on the day was awarded to winner of the ewe lamb class, lot 60 from Ellen McClure, Mountdale Flock with Mountdale D262. Sired by stock ram Ballytaggart Charlie out of a Lisnafillan ewe, this lamb showed superb confirmation and character later going on to take the top price of the day of 1300gns travelling across the water to Richard Fitton, Dynamite Flock, Bolton.

Reserve champion of the day went to second prize ewe lamb, lot 16 from Steven Lyons, Bencran Flock. Displaying marvellous power and correctness, this lamb was sired by Hilltop Chopper out of a homebred ewe, Bencran Z681. She later went on to sell for 750gns, going to Adam Quinn, Ballymoney. 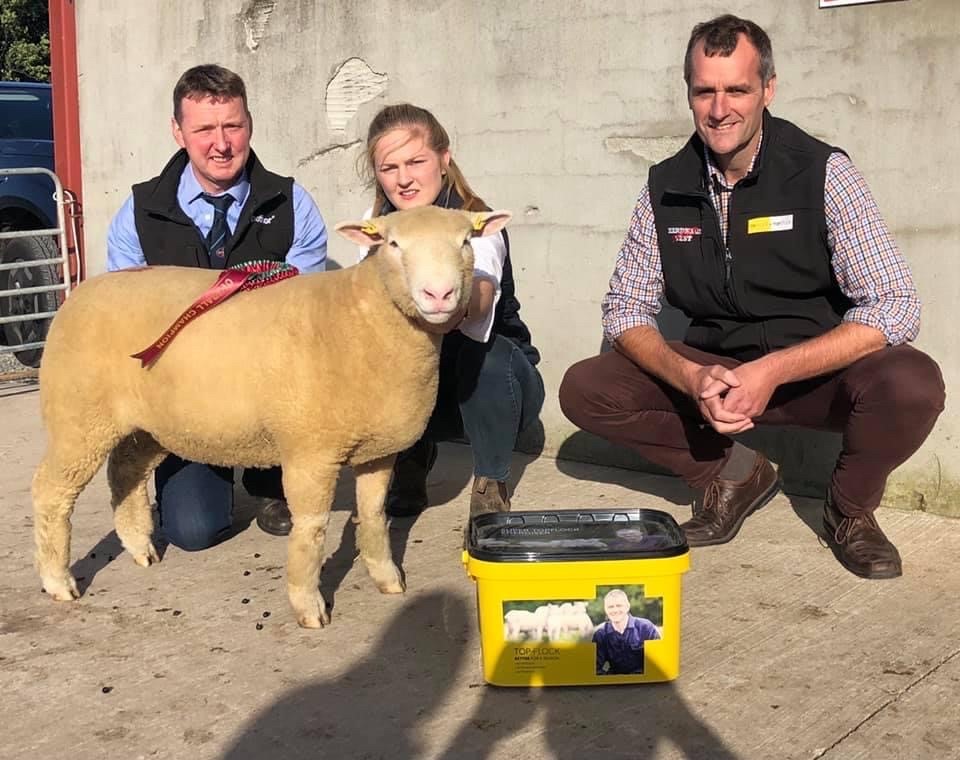 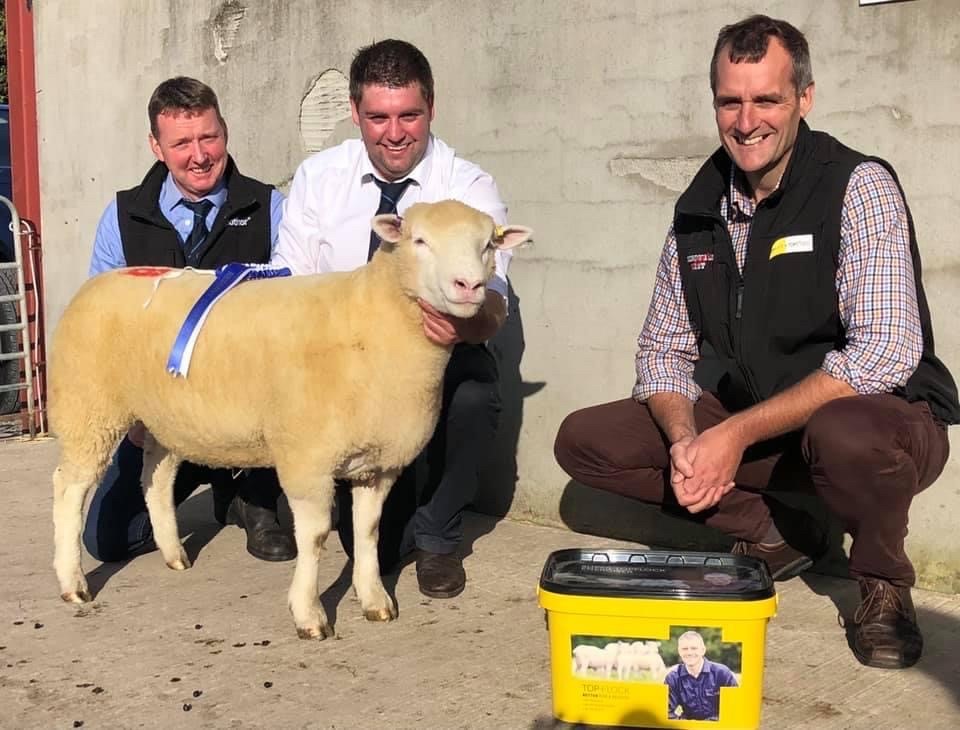 The sale attracted quite the crowd demonstrating the ever increasing demand for NI bred Dorset sheep. Kicking off the sale were the males which saw fantastic trade, many of which going to commercial flocks, opting for Dorset as their preferred choice of sire for breeding quality lambs.

Topping the male section was 1st prize ram lamb, lot 2 from Glen and Siobhan Miller, Coltrim Flock. Bred by Ballyhamage Captain out of a homebred ewe, this well-muscled, powerful lamb sold for 600gns to Gareth Little. Closely following behind was lot 4 from A & G Sloane with Dullaghan D791. Sired by Downkillybegs Zupreme, this eye catching lamb sold for 520gns to R & H Marshall.

Following on in the female section, the next top price went to lot 61 from Ellen McClure, Mountdale Flock. This stylish lamb again bred by Ballytaggart Charlie from a homebred ewe fetched a price of 1150gns, joining her penmate in the trip across the water to Richard Fitton, Bolton. Next up was lot 38 from the Mckeown Family, sired by Downkillybegs X-Men out of Cool B950 this smart lamb sold for 1050gns, again heading overseas to Richard Fitton’s Dynamite Flock. Not far behind was lot 42, from the same home , this time by Downkillybegs Cactus Jack out of an Islandview ewe achieving a deserving price of 950gns going to Raymond and Ross Hewitt. 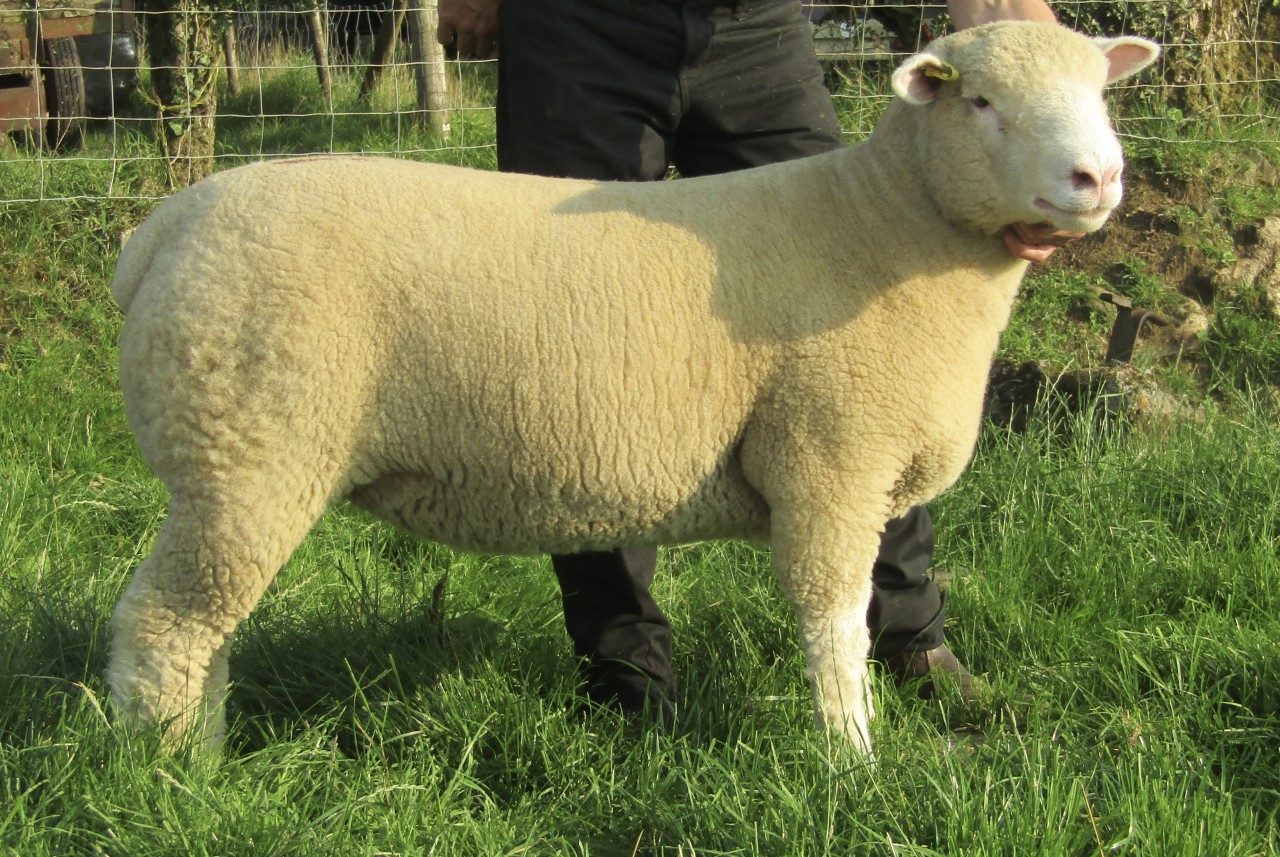 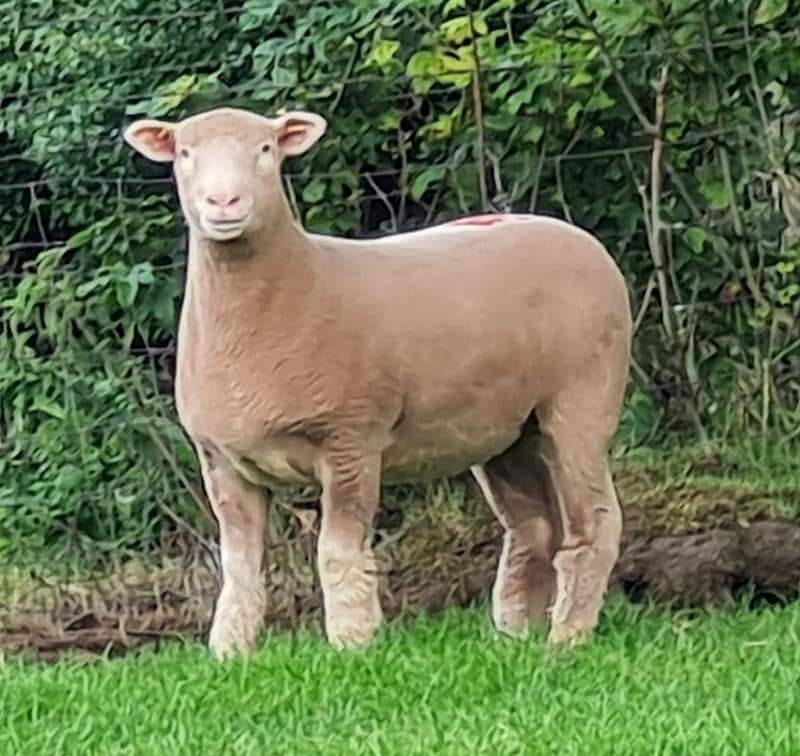 Overall the club experienced yet another successful sale with the breed continuing to rapidly increase in popularity due to the abundance of both maternal, terminal and in fact unique traits it has to offer.

The club wishes to extend its thanks to staff at Beattie’s Livestock Centre for the proficient running of the sale and to Top Flock for their continued sponsorship. The next and final opportunity for prospective purchasers will be the 32nd Autumn Show and Sale in JA McClelland and Sons Livestock Mart, Ballymena. This will take place on Monday 4th October with the show at 5pm and sale at 6.30pm.